State pension to rise £5.55 a week from April next year

The state pension is set to increase by 3.1% from April 2022 (Picture: PA|Shutterstock)

Retirees on the new full state pension are on course to have an extra £5.55 in their pockets a week from next April.

The increase, which is the third-highest in the last decade, will go some way to helping pensioners meet rising living costs, but has been slammed as a ‘backwards-looking measure’.

The Office for National Statistics (ONS) has said the Consumer Prices Index (CPI) measure of inflation edged down to 3.1% in September, from 3.2% in August.

But, Alistair McQueen, head of savings and retirement at Aviva has said the measure does not reflect price rises happening now which are having an impact on households’ living costs.

He said: ‘3.1% is a backward-looking measure, reflecting the rise in prices from September 2020 to September 2021. It underplays recent rises in food prices.

‘And it does not reflect October’s 12% rise in the energy price cap. Food and energy represent a bigger proportion of typical household expenditure for those aged 65 and above – 18% of their typical monthly expenditure.

‘Pensioners will be hit harder by these rising prices.’ 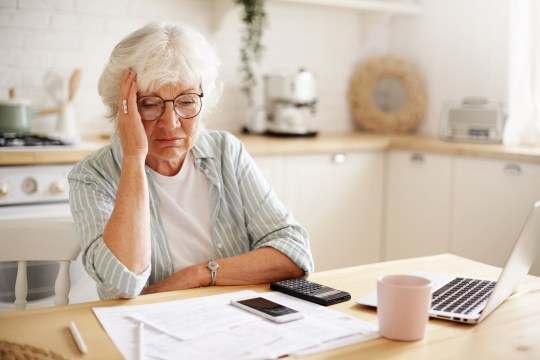 A 3.1% uprating to the state pension is the third-highest since the triple lock was introduced in 2010 (Picture: Shutterstock)

Since 2010, state pension increases have been determined by the triple lock.

It guarantees that the state pension rises in line with inflation, earnings or 2.5% – whichever is higher.

But in September, the UK Government confirmed that the link between state pension increases and wage growth would be suspended for a year.

It could have meant pensioners received a rise of about 8% – while many workers have been dealing with job losses, salary cuts and pay freezes.

The coronavirus pandemic has distorted wage growth figures, producing a spike as a result of people having previously been furloughed and many low-paid jobs having disappeared.

Ian Browne, pensions expert at Quilter, said a 3.1% uprating would still be the third-highest in the decade-long history of the triple lock.

He said: ‘Last year, we had negative earnings growth and paltry inflation numbers.

‘This year, we’ve had the opposite problem: booming wage growth and rampant inflation thanks to the end of the furlough scheme and reopening of the economy.

‘Nothing has really changed fundamentally speaking, but the economy is playing catch-up, and this is skewing the numbers.’ 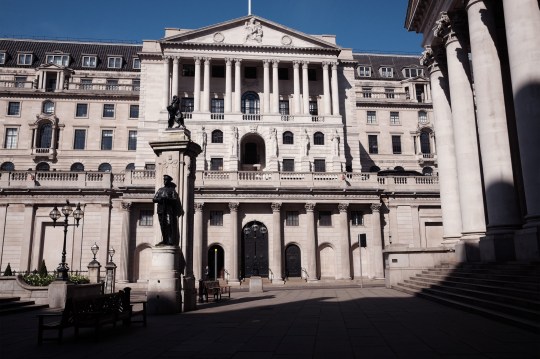 The Office for National Statistics (ONS) has said the Consumer Prices Index (CPI) measure of inflation edged down to 3.1% in September, from 3.2% in August (Picture: PA)

He continued: ‘Average earnings hit 8.3% in the three months to July 2021, which would have been used as the uprating figure.

‘Instead, pensioners will have to settle for a 3.1% increase in the state pension next year as a result of the latest CPI stats out today.

‘Removing the earnings element of the triple lock has saved the Chancellor a tidy sum, given the cost has now been reduced by £4.7 billion.’

The state pension payments will be confirmed by the Government in November and will come into effect from April 2022.