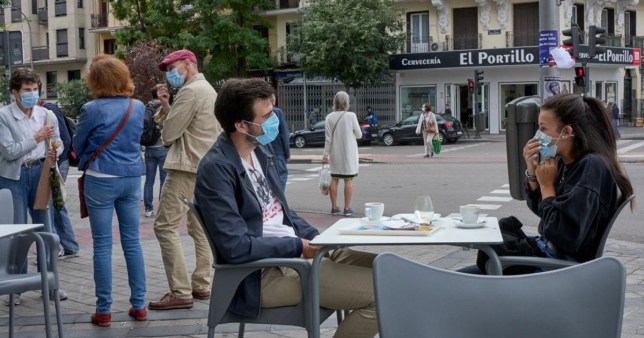 The project will use 50 million euros from the EU’s Covid recovery fund (Picture: Getty)

Spain could become one of the first countries in the world to trial four-day working weeks.

The three-year pilot project will use 50 million euros from the European Union’s huge coronavirus recovery fund to compensate some 200 mid-size firms as they resize their workforce or reorganise production workflows to adapt to a 32-hour working week.

The funds will go to subsidizing all of the employers’ extra costs in the first year of the trial and then reduce the government’s aid to 50% and 25% each consecutive year, according to a blueprint by the Mas Pais progressive party behind the initiative.

The only condition is that the readjustment leads to a real net reduction of working hours while maintaining full-time contract salaries, according to Hector Tejero of the Madrid regional assembly.

He said: ‘It’s not using the European funds for Spaniards to work less, it’s about seeing how we can improve productivity and competitiveness of our companies.’

Those in favour of the move say it will have huge benefits for the overall economy.

A mass shift to a three-day weekend would lead to more consumption, especially in entertainment and tourism, a backbone of the Spanish economy.

However, critics say it is the wrong time for experiments after the pandemic has hammered the country’s finances. 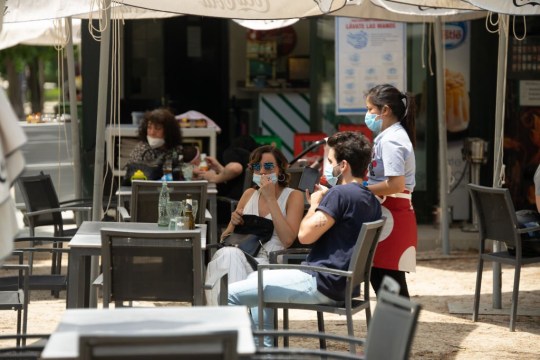 Customers wearing protective face masks sit at an outdoor terrace table of a bar and cafe in Madrid (Picture: Getty) 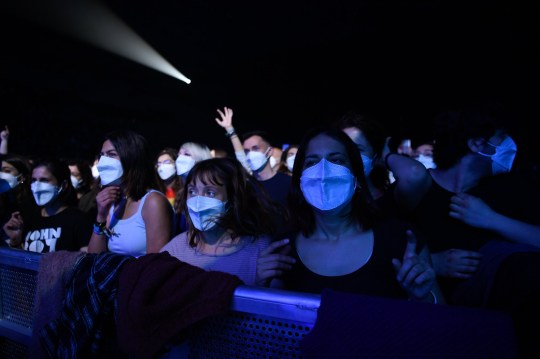 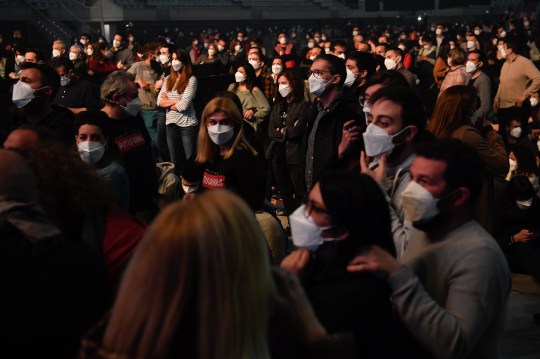 Attendees did not have to stick to social distancing but masks were mandatory (Picture: Anadolu Agency via Getty Images)

It comes as some 5,000 music fans were set to take rapid turnaround Covid-19 tests before attending a rock concert in Barcelona.

Attendees at the Palau Sant Jordi arena will not be required to maintain social distancing but they have been warned masks must stay on.

The pilot concert, which has been approved by health authorities, will serve as a test for whether similar events will be able to start up again.

One of the concert’s organisers, Jordi Herreruela, told Reuters: ‘It will be safer to be in the Palau Sant Jordi than walking down the street.’ 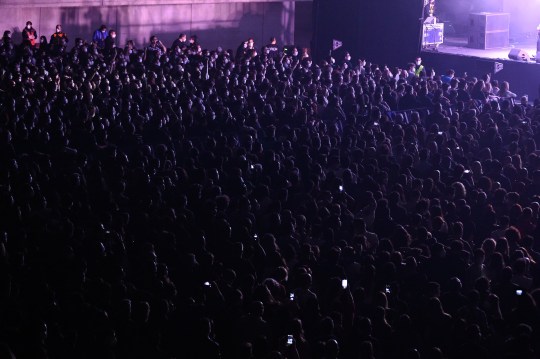 Tests were carried out before entry by 80 nurses (Picture: Anadolu Agency via Getty Images)

Pre-concert testing was offered at three locations in Barcelona, and carried out by 80 nurses wearing full personal protective equipment.

By midday, of the 2,400 people already screened, three had tested positive and one had come into contact with a positive case, Dr Josep Maria Libre, one of the doctors overseeing the testing, said.

They would not be able to attend the concert and would get a refund.

Attendees received the results of their antigen tests in 10 to 15 minutes via an app on their phones. The test and a mask were included in the ticket price.

Spain’s coronavirus infection rate has continued to climb steadily over the past week, suggesting a long decline could be in danger of reversing.

Hunt for accused sex offender, 24, released from prison by mistake