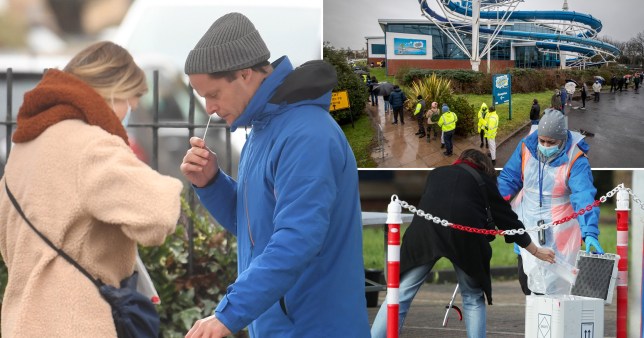 Surge testing is being launched in areas with unaccounted cases of the variant (Picture: Getty/PA/EPA)

Suspected outbreaks of the South African coronavirus variant across England have prompted tougher guidelines and calls to take part in local testing surges.

The government has singled out eight areas covering some 80,000 people where the variant has been detected.

Although only 105 cases have been confirmed, experts fear there are already many more in the community since 11 of them had no link to foreign travel.

Stricter measures in those areas will help them ‘come down hard’ on the variant while the testing blitz helps trace its spread, ministers have said.

Everyone in the eight affected postcodes is ‘strongly encouraged’ to take a Covid test this week regardless of whether they have symptoms.

All local authorities covering these areas are offering asymptomatic testing, and options can be checked on their websites.

Means vary but most areas are offering home testing kits, while some have launched mobile testing units and the offer of on-the-spot doorstep testing. 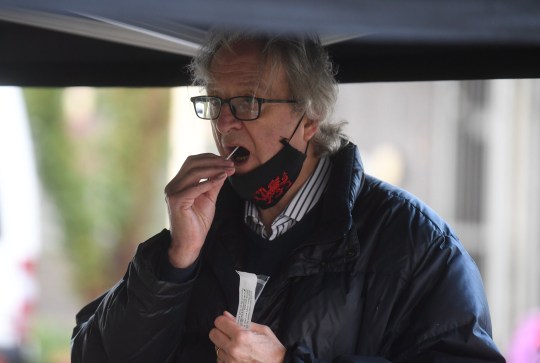 Mobile testing units have been deployed in many of the eight affected areas (picture: EPA)

People experiencing symptoms have been told to book tests the usual way through the Gov.uk website.

The affected areas are as follows:

All samples from positive tests in those areas will be sequenced to see whether they contain the South African Covid variant, according to the government website.

Health Secretary Matt Hancock has said there are now other ‘mutations of concern’ in Bristol and Liverpool, who should behave as though they are in one of the affected areas and expect surge testing announcements soon.

The mutation is thought to make the virus up to 70 per cent more transmissible and potentially more deadly, so people in affected areas are being urged to follow lockdown rules in the strictest way possible. 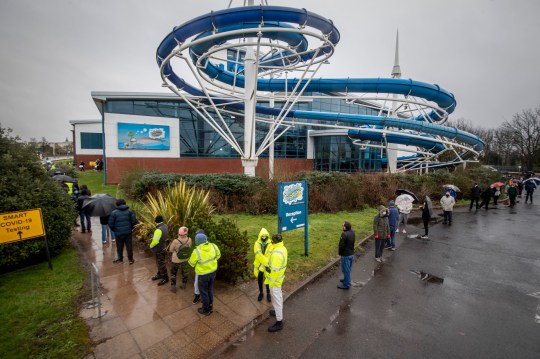 Parts of Bristol and Liverpool could be added to the list (Picture: Getty Images)

Health Secretary Matt Hancock said it is ‘critical’ that people in the eight areas stay at home and only leave when ‘absolutely essential’.

Although socially-distanced meetings with one other person are permitted for exercise purposes, those living in these areas considering such trips are being urged to reconsider whether they are really necessary.

Mr Hancock stressed the need to avoid moving between postcodes in order to help contain the highly infectious variant.

Ministers have also urged people in the eight postcodes to ‘think twice’ before leaving home and look for ways to trim down the number of shopping trips they make.

Anyone in these areas who has had to physically go into work during lockdown should also have an ‘extra conversation’ with their employers to see if they can stay home.

For all the latest news and updates on Coronavirus, click here.