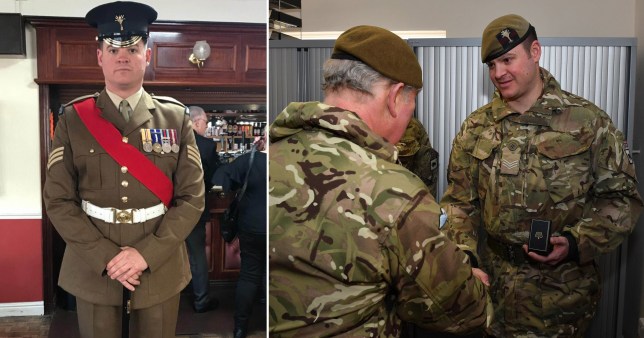 The ‘heartbroken’ father of a soldier killed during a live firing exercise in south-west Wales said he died ‘doing the job he loved’.

Sergeant Gavin Hillier, from the 1st Battalion Welsh Guards, was fatally injured at Castlemartin in Pembrokeshire on Thursday.

Confirming the death ‘with great sadness’, a Ministry of Defence (MoD) spokesman said: ‘Our thoughts are with his family and friends at this tragic time. An investigation is under way and it would be inappropriate to comment further at this stage.’

He wrote: ‘Absolutely devastated to be writing this post, probably the hardest thing I’ve ever had to do.

‘At 3.45 this morning I received a phone call that will forever change my life. My eldest son was in a fatal accident, in the army, the job he loved. 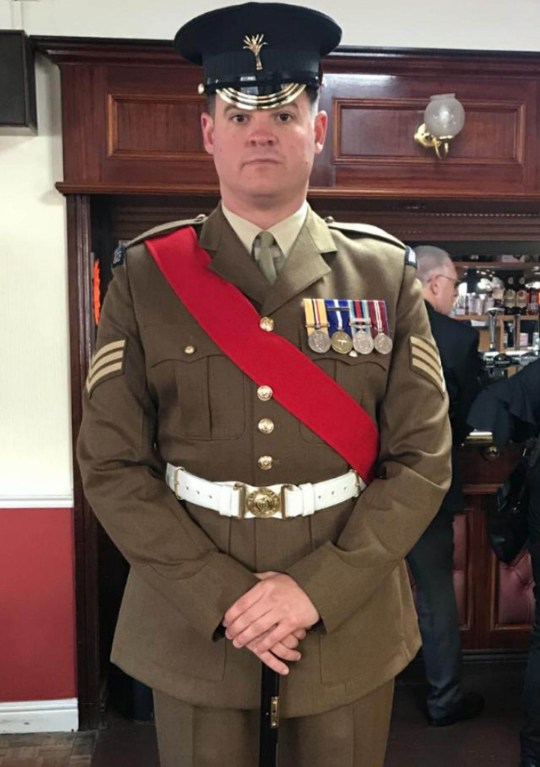 Sgt Hillier’s death was confirmed ‘with great sadness’ by the MoD (Picture: PA)

Dyfed-Powys Police said it is leading the investigation into the death and officers are liaising with the Health and Safety Executive and the MoD.

In a statement, the force said: ‘An investigation has been launched into the death of a soldier at Castlemartin RAC Range following a military exercise.

‘Dyfed-Powys Police were called to the site at just before 10.45pm on Thursday, March 4.

‘Sadly, a man was pronounced dead shortly after. Our thoughts are with his family, who have been informed of the incident and are being supported by specialist officers.

‘An investigation is under way led by Dyfed-Powys Police. Officers are liaising with the Health and Safety Executive and MoD.’ 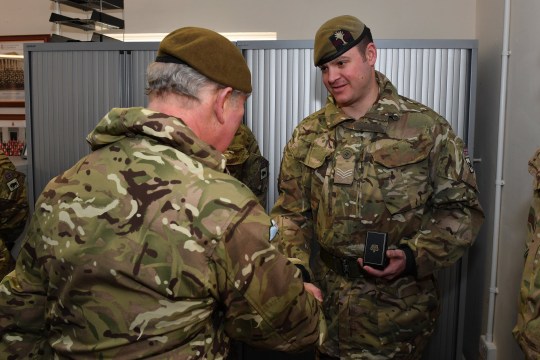 The Sun newspaper said the sergeant had served in Iraq and Afghanistan, and was training ahead of a planned deployment to Iraq in the summer.

It reported that the soldier had been awarded a Long Service and Good Conduct medal by the Prince of Wales, Colonel of the Welsh Guards, in 2019.

According to the Ministry of Defence website, the Welsh Guards have a ‘dual role’ as a ‘light role infantry’ as well as ‘world class ceremonial soldiers, guarding the Royal Family and Royal palaces such as Buckingham Palace and the Tower of London and conducting State Ceremonial duties’.

Previous incidents at the Castlemartin ranges have claimed the lives of soldiers.

In 2017, corporals Matthew Hatfield and Darren Neilson of the Royal Tank Regiment died after their tank exploded during a training exercise on a firing range.

Mike Maguire, a 21-year-old soldier, died at Castlemartin in 2012 after being shot in the head while relaxing at a location just outside the training range.

An inquest into his death in 2013 heard he was hit in the temple by a single machine gun bullet fired by a fellow soldier during a training exercise.

The inquest jury ruled Ranger Maguire, who was a member of the 1st Battalion, The Royal Irish Regiment, had been unlawfully killed.