Terrifying CCTV footage shows the moment a gunman tried to shoot a reveller dead on a busy street outside a West End nightclub.

Richard Palmer, 39, has been jailed for more than 15 years after shooting Tristan Samuels, who is in his 20s, twice in the back as he tried to flee.

Tensions flared as a fight broke out at Opium club in Soho, London at around 3am on 25 August 2019.

Mr Samuels’ friend was stabbed, prompting staff to close the venue, with the altercation continuing outside on the road.

Onlookers could be heard screaming as Palmer pulled a Beretta handgun from his bag while running after Mr Samuels. One man could be heard telling the victim to run.

But Palmer caught up, firing two shots in the middle of the street before driving off in a silver Jaguar parked nearby.

Mr Samuels took himself to a London hospital with gunshot wounds and was ‘lucky to survive’.

He suffered damage to his internal organs, but it was not critical. His friend was also hospitalised with stab wounds which were not life-threatening.

Officers discovered the Jaguar parked outside an address in Ruislip on August 26, with Palmer’s fingerprints on the rear doors. 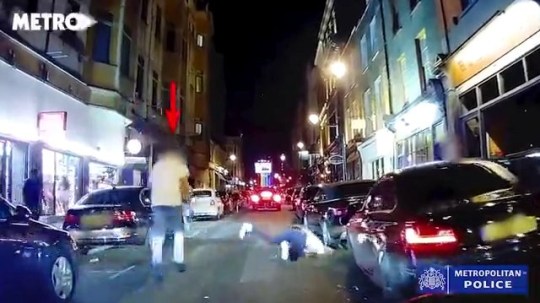 People in Soho screamed as Richard Palmer, 39, pulled a Beretta handgun from his bag while running after Tristan Samuels, who is in his 20s (Picture: Met Police) 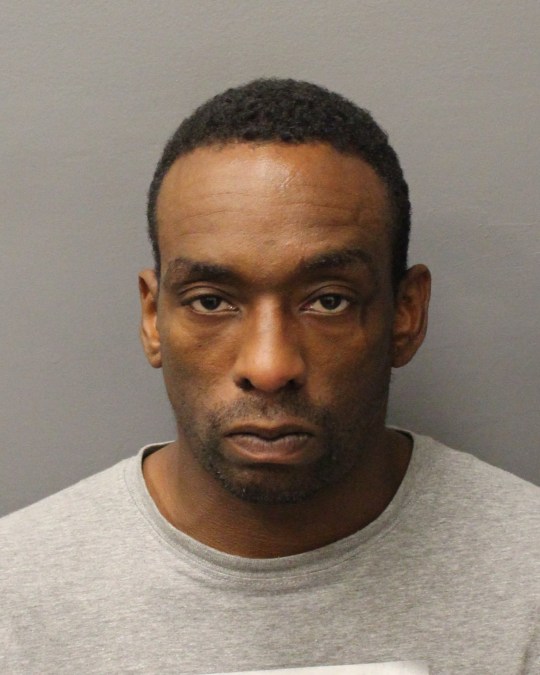 Palmer has been jailed for 15 years and six months (Picture: Met Police) 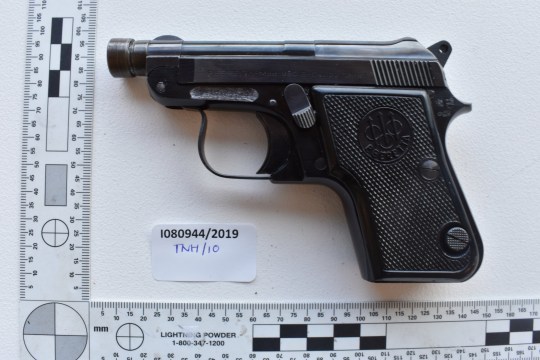 The Beretta that was used in the shooting (Picture: Met Police)

Further investigation revealed Palmer had met with gangland armourer Bolanle Roberts, 43, the day after to get rid of the gun.

Police recovered £48,132 in cash and £27,000 worth of heroin and crack cocaine as Roberts was arrested on August 27 in Acton, west London, following a chase and struggle.

They found the fully loaded Beretta used in the shooting, fitted with a silencer, along with £95,000 of worth of heroin, a cache of guns and ammunition.

Palmer went into hiding at a hotel in Hanwell with the help of Robert Dolan, 34 after Roberts’ arrest.

Palmer, of Gurnell Grove, Ealing, was sentenced to 15 years and six months for attempted murder and firearm offences. 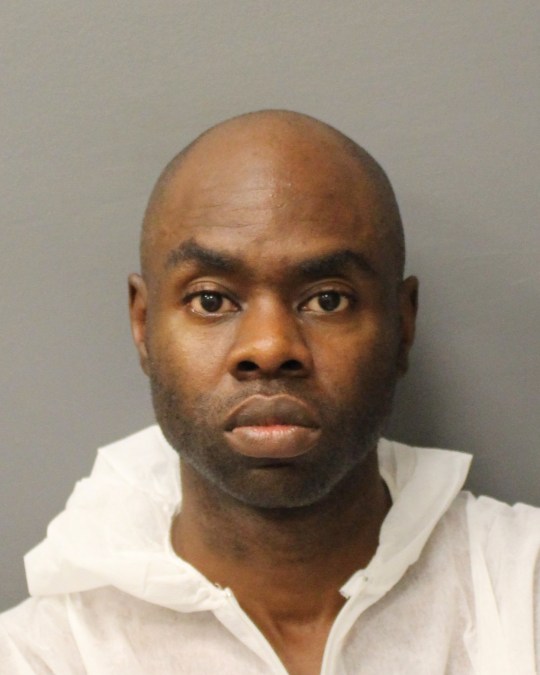 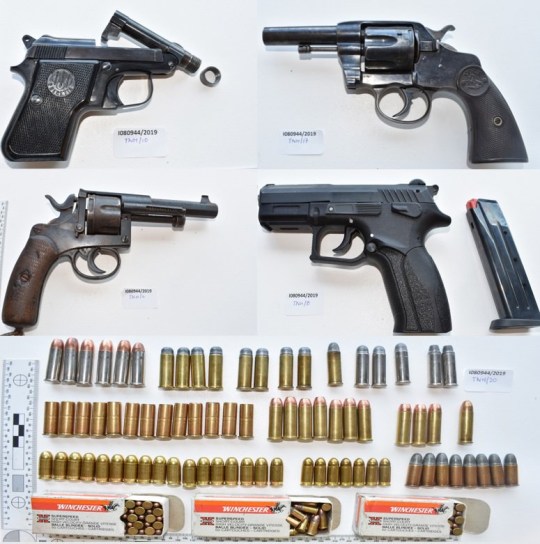 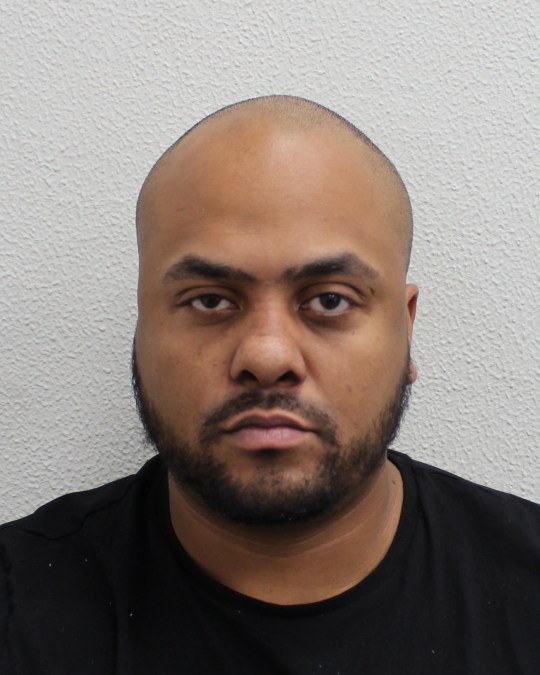 Dolan, from Hounslow, admitted assisting an offender, conspiracy to supply Class A drugs and possession of criminal property. He was jailed for 12-and-a-half years.

Detective Sergeant Chris Ladmore, the investigating officer from the Met’s Specialist Crime Command, said the shooting was ‘a stark reminder of the selfish disregard for human life and brazen use of firearms that people like Palmer and Roberts hold’.

He added: ‘This operation started off as an attempted murder investigation, but led to us discovering a cache of loaded firearms and a wealth of ammunition that we were able to remove from the streets of London. Every bullet seized is a potential life saved.’

Detective Chief Inspector Sean Stewart, the senior investigating officer who was attached to the Specialist Crime Command at the time of the investigation, said: ‘Palmer, showed no regard for his actions in what was a crowded area.

‘I want to thank the members of public for reporting the incident to police on the night, and for the witnesses that demonstrated real courage coming forward to testify.’

Why Ciara and Paget Split