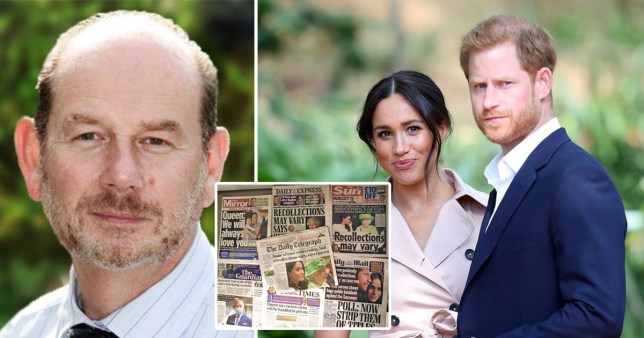 Ian Murray has resigned after facing heavy criticism for his comments about Harry and Meghan’s bombshell interview (Picture: PA/Getty)

The head of an organisation representing the UK press has resigned after a major backlash to comments claiming the industry is not racist.

Ian Murray stood down as executive director of the Society of Editors on Wednesday night, in the wake of a statement criticising Prince Harry and Meghan Markle’s comments about British newspapers.

He said he would step down from his role so the organisation can ‘rebuild its reputation’ after numerous high-profile journalists hit out at his ‘laughable’ comments.

A strongly-worded statement was issued by the body following the Duke and Duchess of Sussex’s bombshell interview with Oprah Winfrey, saying it was ‘not acceptable’ for the couple to make claims of racism in the press ‘without supporting evidence’, adding that the press in the UK was not racist.

‘Since the statement was issued the SoE has been heavily criticised,’ Mr Murray admitted in comments on Tuesday.

‘While I do not agree that the Society’s statement was in any way intended to defend racism, I accept it could have been much clearer in its condemnation of bigotry and has clearly caused upset.

‘As executive director I lead the Society and as such must take the blame and so I have decided it is best for the board and membership that I step aside so that the organisation can start to rebuild its reputation.’ 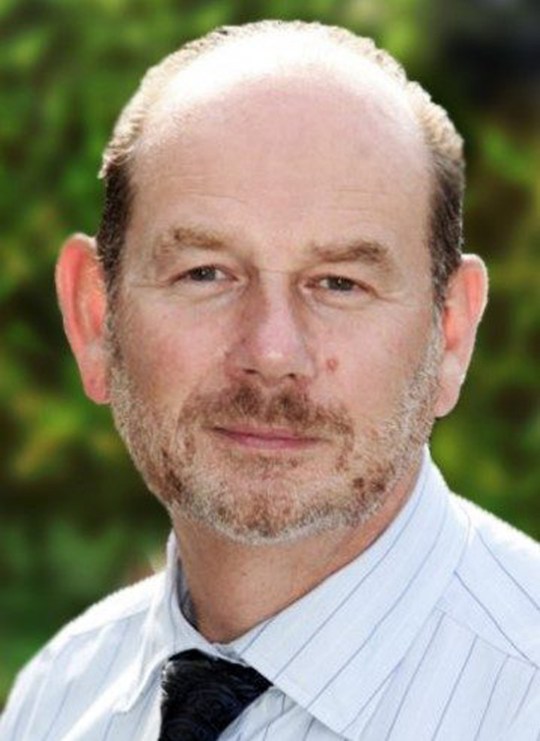 He added that the original statement was ‘not intended to gloss over the fact the media industry in the UK does have work to do on inclusivity and diversity’.

The statement was instantly slammed on social media, and a later ‘clarification’ of the Society’s position was also widely criticised.

By Wednesday night, some 250 UK journalists of colour had signed an open letter ‘deploring and rejecting’ the statement, and branding the central claim that the UK press is not racist ‘laughable’.

It said: ‘The blanket refusal to accept there is any bigotry in the British press is laughable, does a disservice to journalists of colour and shows an institution and an industry in denial.’

Moment couple, 93, married 72 years have first kiss in a year after getting Covid vaccines


A number of journalists and media organisations had withdrawn their submissions for awards from the Society, which is a key part of its funding, before Mr Murray resigned.

Meanwhile, the editors of HuffPost UK, the Guardian, Financial Times and the London Evening Standard have all issued rare statements saying they did not agree with the Society of Editor’s position.

HuffPost UK editor-in-chief Jess Brammar tweeted to say she disagreed with the statement.

She wrote on Monday: ‘I considered not saying anything about this because I’m aware I won’t make myself popular with my peers, but I’m just going to stand up and say it: I don’t agree with statement from my industry body that it is “untrue that sections of UK press were bigoted”.’

Guardian News and Media editor-in-chief Katharine Viner then added on Tuesday: ‘Every institution in the United Kingdom is currently examining its own position on vital issues of race and the treatment of people of colour.

‘As I have said before, the media must do the same.

‘It must be much more representative and more self-aware.’

ITV News presenter Charlene White then said she would not host this year’s Society of Editors’ Press Awards.

Mr Murray had gone on national television to defend the statement on Tuesday, sparking a heated clash with Victoria Derbyshire on the BBC.

Alison Gow, president of the Society of Editors, said: ‘I would like to thank Ian for his tireless work on behalf of the Society; he has led campaigns for journalists’ rights and freedoms and worked hard behind the scenes when it appeared legislation might threaten those.

‘The society is committed to representing all journalists and upholding Journalism; I am clear on what our mission must be, and we will strive as an organisation to listen and hear everyone’s views, and be strong advocates and allies for all those we represent.’

His departure is the latest fall-out from the interview, which has also seen Piers Morgan storm off and quit Good Morning Britain after being called out for his criticism of Meghan.

Both she and Harry have a long history of tensions with the British press, stretching back to the treatment of the Prince’s late mother Diana.

Unilever Removes the Word ‘Normal’ From All Products

How 6 COVID-19 questions’ answers have evolved in a year