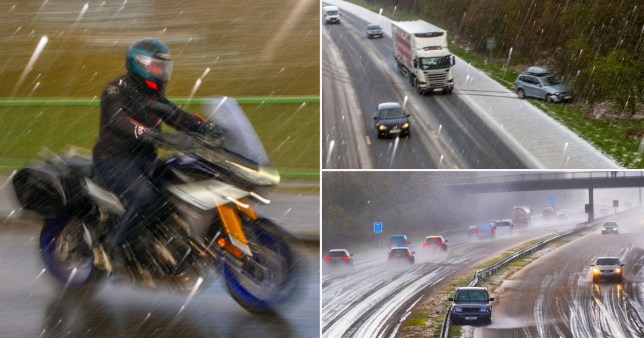 Much of the UK is set for ‘wintry showers’ for most of the weekend (Picture: Alamy Live)

Parts of Britain are being pelted with snow and hail this weekend, causing chaos on busy roads.

After a spell of ‘wintry showers’, forecasters say most of the country will be dry on Monday, when pubs will be allowed to serve customers again in beer gardens.

But with temperatures between 5°C and 10°C expected, you’d best bring a coat when catching up with pals over a pint.

Many parts of northern Britain have been hit with snow and hailstorms today, with hail causing a number of traffic accidents around Chorley, Lancashire.

Showers of rain are expected to push westwards across central areas of the UK throughout the day and could turn into sleet or snow at times, although it is unlikely to settle.

Meanwhile in the South East of England, clouds and rain are expected for much of the weekend.

Although sunny spells are expected tomorrow, western and northern parts of the UK have been warned to expect more hail and sleet. 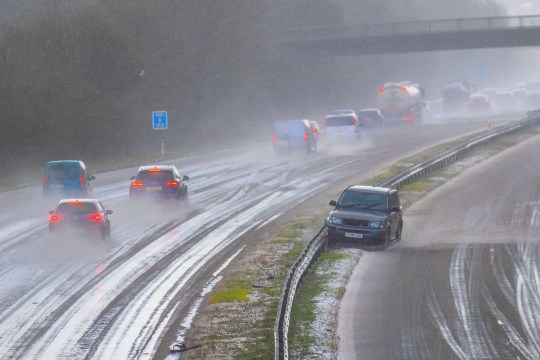 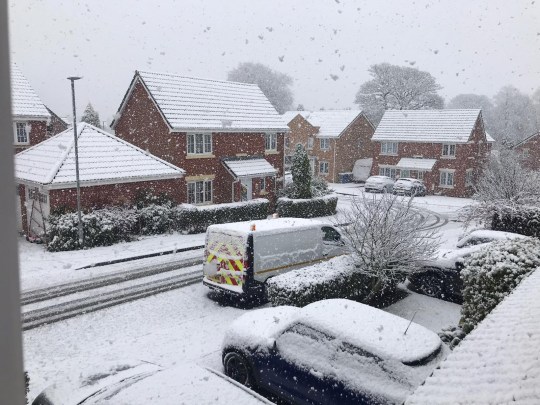 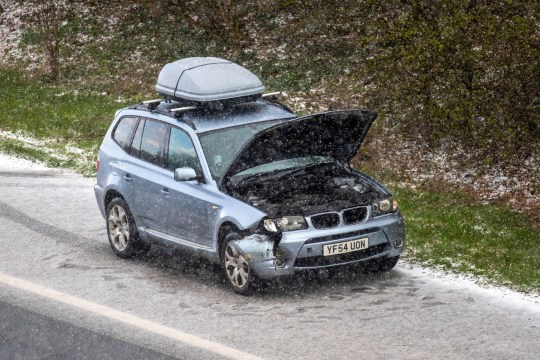 Drivers should take extra care on the roads as the UK is faced with icy conditions (Picture: Alamy Live News) 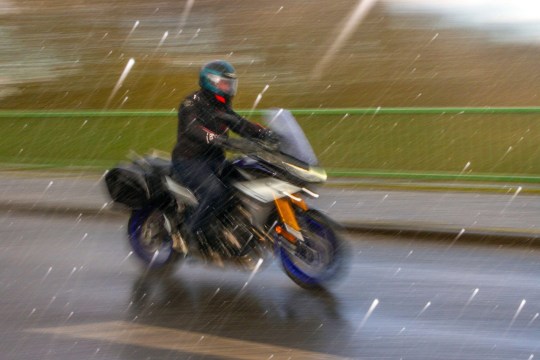 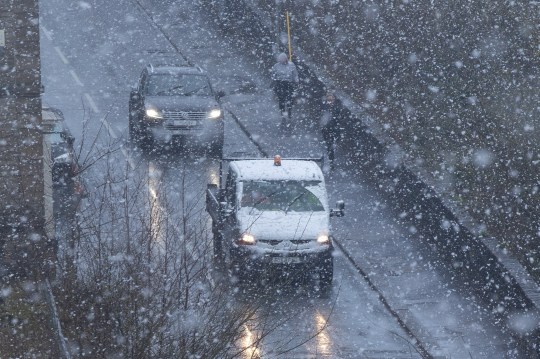 A Meteo Group forecast said: ‘A largely dry start with early spells of sunshine however patchy cloud cover will tend to build during the day.

‘Scattered showers will develop and these will be wintry in nature bringing hail and sleet across northern and western areas. Cloud will build into Northern Ireland and western Scotland.’

Temperature in London should peak at around 9°C tomorrow, compared to 5°C in Edinburgh and 8°C in Cardiff and Manchester.

Come Monday, forecasters predict a divide between the north and south of the country. 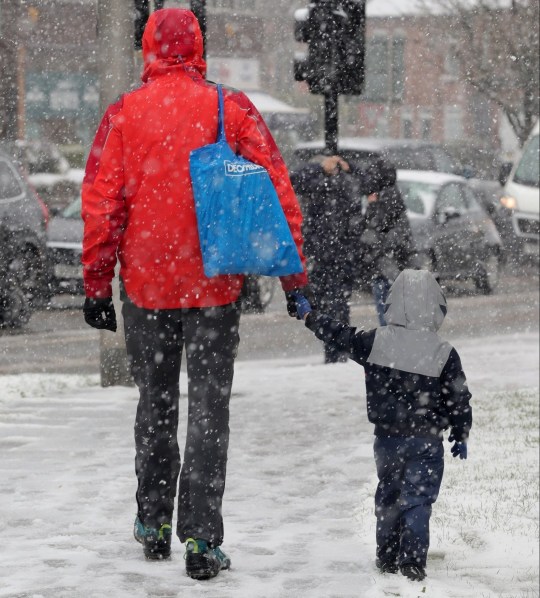 Shoppers get caught in a spring snow storm in Wilmslow, Cheshire (Picture: Backgrid) 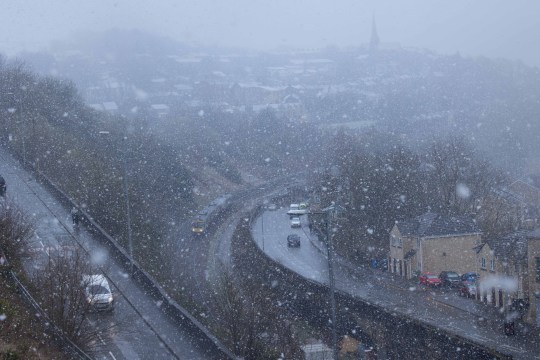 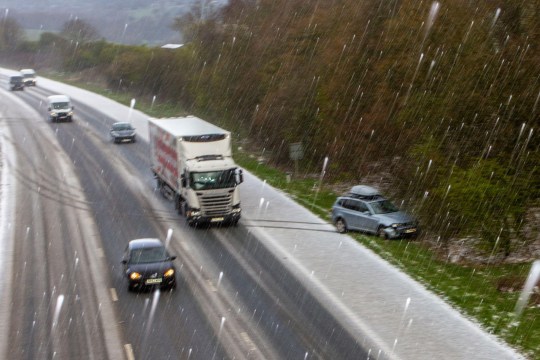 A car veers off the road in Chorley as a hailstorm hits (Picture: Alamy Live News) 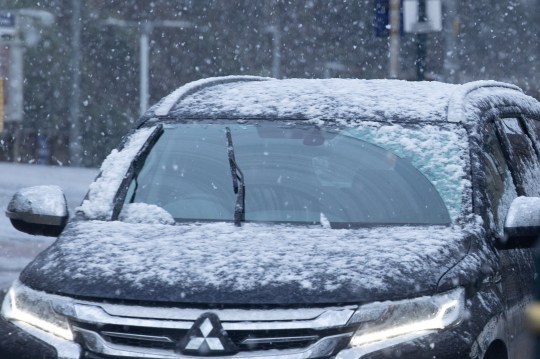 No Met Office weather warnings are in place this weekend, but drivers should still watch out for snow (Picture: Cavendish Press)

Met Office spokeswoman Nicola Maxey said it would be ‘a cold day with bright weather for most’.

She added: ‘It’s certainly looking fine, dry and cold in the South.’

However it’s expected to get a fair bit warmer throughout the rest of the week, with the mercury passing 10°C in most parts of the country – stretching to 14°C in London.