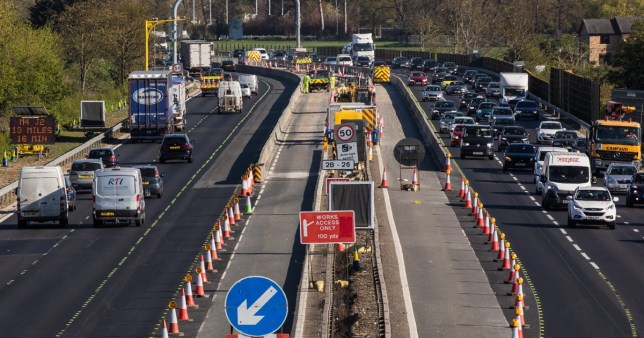 The Department for Transport have been accused of compiling data ‘deceitfully’ (Picture: Getty Images)

The death rate on smart motorways is up to a third higher compared to ones that still have hard shoulders, official figures show.

Some 38 people have died on these roads in the past five years, with one coroner saying they carry an ‘ongoing risk of future deaths’.

Many road users find the new system confusing, and concerns have been raised that a motorway with no hard shoulder means drivers can find themselves trapped in a ‘live’ lane as their car breaks down.

In January, South Yorkshire Police and Crime Commissioner Dr Alan Billings told the Government smart motorways were ‘inherently unsafe and dangerous and should be abandoned’.

Now evidence submitted to the Commons Transport Committee reveals that in 2018 the ‘live lane’ fatality rate for smart motorways was 0.19 per hundred million drivers.

That is 35% higher than the rate of 0.14 for conventional motorways, the Daily Mail reports.

This is despite Highways England’s acting chief executive Nick Harris claiming last week that smart motorways are the ‘safest roads in the country’. 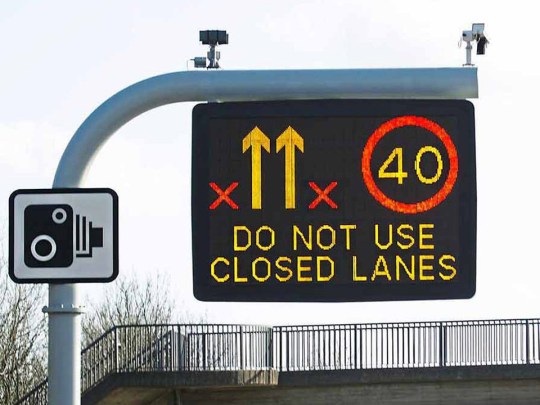 Concerns have been raised over drivers breaking down and not having a hard shoulder to pull over onto (Picture: PA)

Figures from the Department for Transport (DfT) show deaths on All Lane Running (ALR) roads – the most common form of smart motorway – were lower compared to ordinary motorways between 2015, 2016 and 2017.

But as more and more miles were constructed, the rate show up over the following two years, while deaths on conventional motorways have fallen.

In 2019 the fatality rate for ALR roads was 8% higher than ordinary motorways.

Widow Claire Mercer, whose husband Jason died in 2019 after pulling over on a part of the M1 near Rotherham with no hard shoulder, accused the DfT of ‘deceit’ in the way they’ve put together their evidence.

She said: ‘They are purposefully using the five-year figure rather than the two most recent years.

But after Mr Mercer, 44, and Alexandru Murgeanu, 22, died when a lorry ploughed into their two vehicles, coroner David Urpeth said smart motorways were an ‘ongoing risk of deaths’.

He said he would be writing to Highways England and the Transport Secretary to ask for a review.

Last year, a BBC Panorama investigation found the number of near misses on one section of the M25 had risen from 72 to 1,485 since the hard shoulder was removed in April 2014. 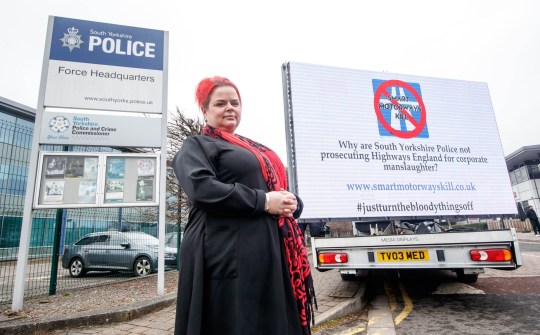 Claire Mercer’s husband Jason died when he stopped on a section of smart motorway on the M1 (Picture: PA)

Tory MP Karl McCartney, who sits on the transport committee, called for all works to expand smart motorways should be ‘halted immediately’ while their safety is investigated.

He added: ‘I think the senior management of Highways England should spend a few hours in a broken-down small car stuck on the inside lane of a smart motorway.

‘If their nerve can handle that they should spend the rest of the night assisting recovery drivers changing an offside wheel on the hard shoulder at 4am in the morning as juggernauts go thundering past.’

A Department for Transport spokesman said: ‘The data shows fatalities are less likely on smart motorways than on conventional ones.

‘This conclusion has been made by looking at the average trends over a number of years, which is essential to mitigating volatility in the casualty data.’