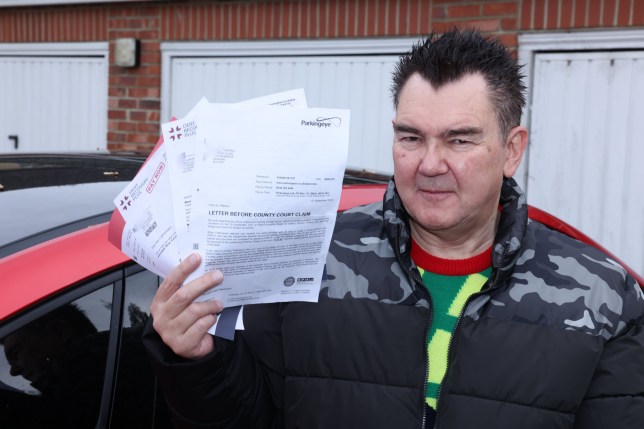 A parking company has refused to lift a fine despite the driver saying he has proof he bought a ticket.

Kieran Ramsey, 29, parked at Fantasy Island car park in Skegness with his one-year-old son and insists he paid for a £6 day ticket.

His dad Colin Marshall said he has dyslexia, and therefore accidentally put in the wrong car registration number.

Dyslexia is a learning difficulty that can affect accurate and fluent word reading and spelling.

Mr Marshall, 62, said he has appealed four times about the fine, which was issued after his son parked on April 23.

He says he has been ‘hounded’ for seven months over the money.

At first the figure Smart Parking asked for was £30 but it has now risen to £170.

Mr Marshall, from Spalding, said he even sent a £21 Royal Mail special delivery to the company with evidence that the ticket had been paid, but was told by the company that it didn’t accept post. 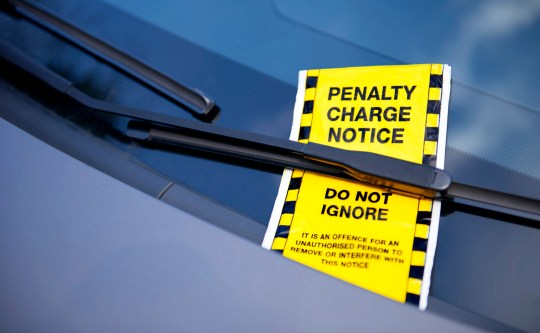 Colin Marshall said he has appealed four times about the fine (Picture: Getty)

‘It’s terrible and harassment,’ he said. ‘I am quite level-headed but it is still stressful getting demands when we have sent a ticket saying we’ve paid the landowner.

‘My son has got a young child and had a day out, paid the ticket and put it on the windshield. Thank god we kept the ticket or I’d have been screwed, they are still denying that we paid, it’s just horrendous.’

He said: ‘Dyslexia is a medical condition which is recognised so they are penalising people with learning difficulties.

‘You’re hitting your head against a brick wall because they aren’t listening to what you’re saying when you’re supplying them with all the details.’

Mr Marshall said that when he spoke to a representative of the company online they were ‘arrogant’ and ‘pig-headed’, with an ‘unprofessional’ approach.

He described the situation as a ‘nightmare’ after the ticket’s reference number was rejected, and then the posted ticket was also rejected.

‘When you think of older people that are still driving and the technology is changing, they can put one digit wrong but they’ve still paid,’ he said.

‘In the old days, you had the machine with the cash, paid it and there never seemed to be an issue with that.

‘The cameras are just a nightmare because whoever is using them isn’t doing it correctly. Older people are going to have these sorts of issues.’

An investigation was launched by East Lindsey District Council in August 2022 over a potential breach of planning control at the Fantasy Island car park. The council is looking into whether the ANPR cameras, ticket machines and car parking restrictions notices were installed without planning consent.