SIX in 10 adults who exercised during lockdown now plan to ditch the gym altogether – in favour of working out at home.

A study of 1,000 adults found three quarters of people who exercised from home during the pandemic have thoroughly enjoyed the experience. 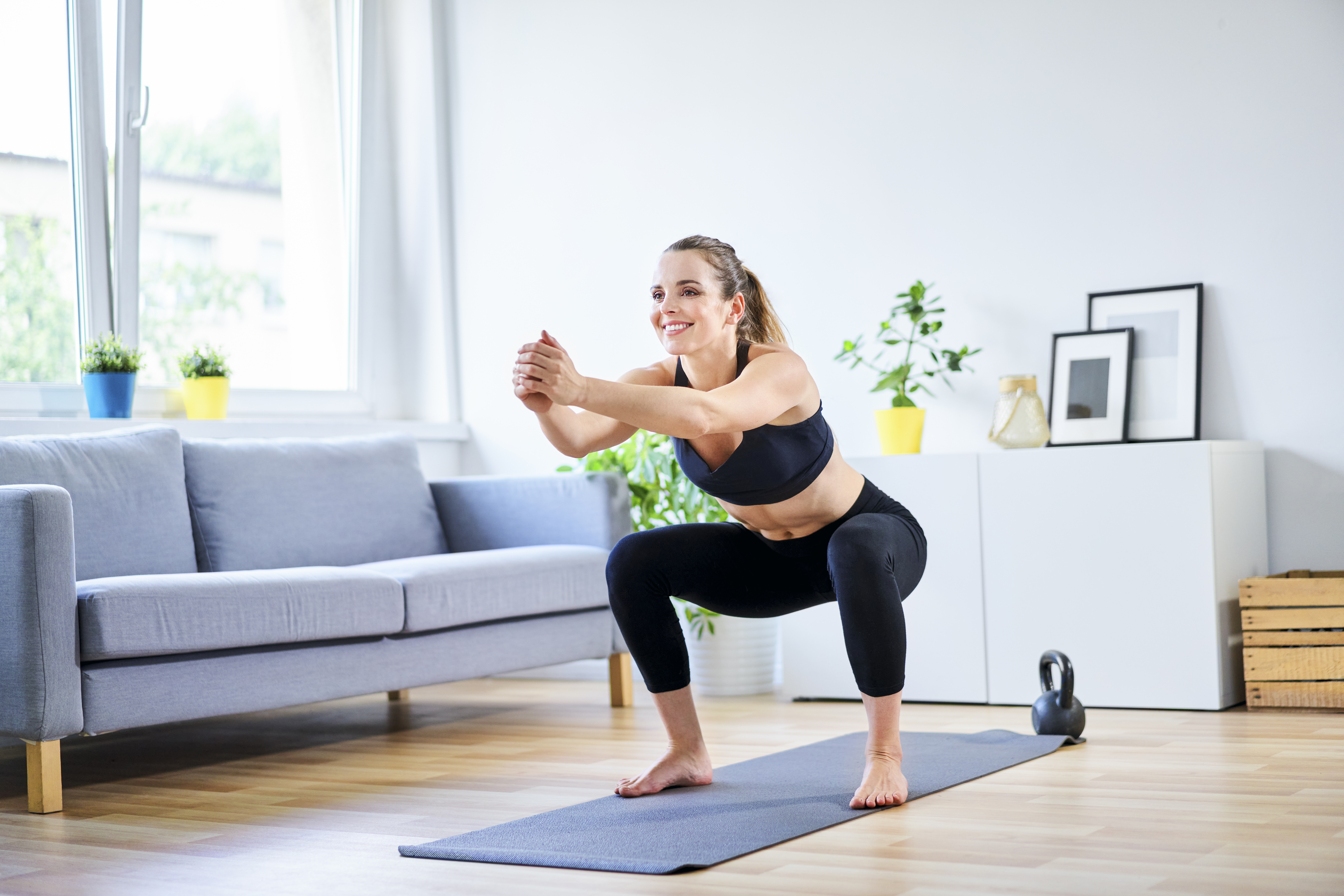 The average person typically worked out four times per week, compared to one quarter who didn’t work out at all pre-lockdown.

A further 31 per cent of respondents stepped up their exercise considerably over the past year.

The most common reason for exercising was to stay fit, followed by boosting their mental health, losing weight, toning up, and improving endurance, according to health and wellbeing app Jonple.

Among those who got into a fitness regime is Kayleigh Schofield, a mother-of-three from Manchester who works as a supervisor.

Kayleigh, who shares updates on Instagram as @thepinkmama, said: “I’ve never really been into fitness and I had three large babies which really damaged my back, leading to spinal surgery.

“I didn’t want to work out at all and due to Covid restrictions I had no access to physio.

“Fitness was a no-go at first, but Jonple made it so easy for me. The fitness test made my personal work outs more relaxed and to my pace.

“I wasn’t trying to do too much at once and I could take my time. I’m so much stronger now and it’s only getting easier working out and I’m enjoying it so much. I feel so proud of myself when I’ve finished a workout.

“I’ve been using Jonple for my weight loss journey for four months and I have lost 20lb – already hitting my first milestone of fitting into my pre pregnancy clothes.

“My energy levels improved massively with having a more stable healthy diet, my mental health got so much better and I’m sleeping easier, when the baby lets me that is.

“Losing weight is a huge lifestyle change which seems so tough and scary, it’s more of a mental battle but the psychology section of Jonple help you process the changes. I really needed that support and I’m forever thankful.”

The study also found more than half (57 per cent) of those polled said they have taken more care with what they eat to help their exercise regime.

This includes Funke Koduah, a mum-of-three from Cardiff who put on four stone during lockdown and has set herself the target of losing five by the end of 2021.

The tutor, whose Instagram handle is @lifewiththekays_, said: “With calorie counting, I would starve myself, and by week three I was starving and miserable and would go back to eating the way I was before, sometimes even more and end up being bigger.

“I now have a personalised plan tailored to my needs. I don’t feel hungry, and it doesn’t feel like I’m on a diet. I’m actually eating and enjoying the food I am eating.”

During the pandemic, the average person has spent £153 on exercising products.

The most common product purchased according to the research via OnePoll was new trainers, followed by weights, working out mat, exercise bike and skipping rope.

And the hard work has paid off, with almost two thirds (63 per cent) saying they were proud of their fitness achievements during the pandemic.

Andrew Jones, CEO of Jonple, said: “It’s great to see so many people have enjoyed exercising during lockdown, whether it’s to get fit, stay fit or to help with their mental health.

“The efforts from the likes of Kayleigh and Funke are an inspiration, and it is fantastic to see their hard work and dedication paying off.”