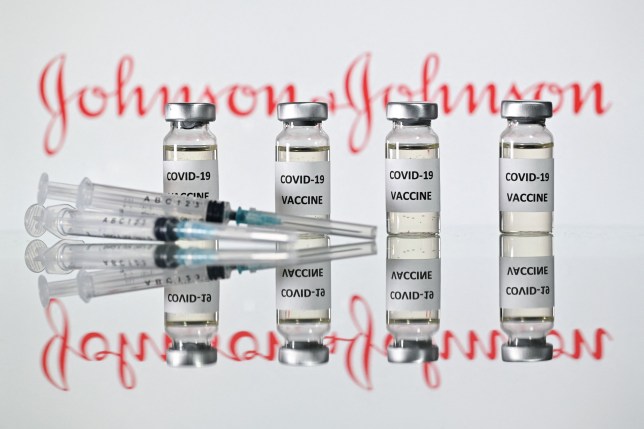 The jab was found to be effective against serious illness, hospitalisation and death (Picture: AFP)

The US has approved another coronavirus vaccine that can be administered in just one dose, rather than two.

The Johnson and Johnson (J&J) jab is effective against the most severe strains of Covid, including the South African variant, and reduces the risk of hospitalisation with the virus and death.

It was tested on more than 44,000 people in the US, South Africa and Latin America. In the US it was found to be 72% effective and globally it was 66.1% effective.

The Food and Drug Administration (FDA) authorised the vaccine on Saturday and J&J are now hoping to get the okay from Europe and the WHO for emergency use of the jab. The UK, the EU and Canada have also ordered their own supply.

‘The more vaccines that have high efficacy that we can get into play, the better,’ Dr Anthony Fauci, the top US infectious disease expert, said.

President Joe Biden called the vaccine ‘exciting news for all Americans’ and noted that it was an ‘encouraging development’ in the country’s efforts to bring an end to the pandemic.

He added: ‘But I want to be clear: this fight is far from over.’ 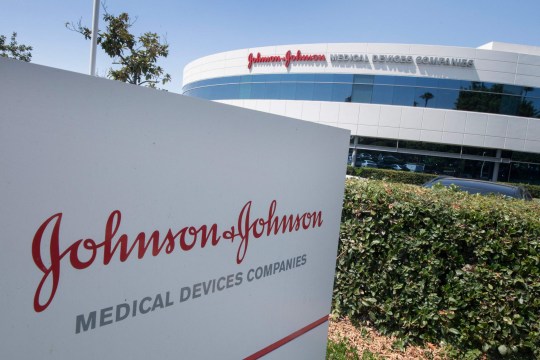 The pharmaceuticals company has already had orders from the UK, the EU and Canada (Picture: AFP) 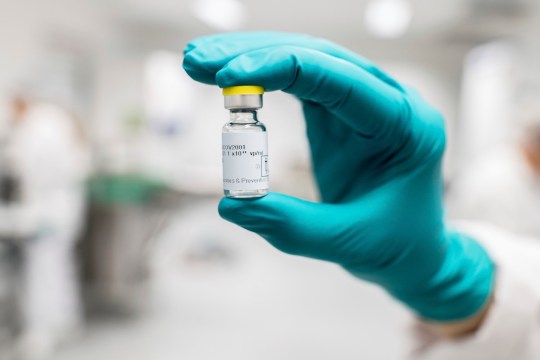 The J&J vaccine only requires one shot and does not need to be frozen when stored (Picture: AP)

J&J expects to deliver 20 million doses of the vaccine to the US by the end of March and a 100 million by summer. The company could start shipping out its vaccine as early as Monday.

A one-dose jab is a significant breakthrough in providing immunisation against the disease. It will help health officials navigate the logistics of vaccinating communities where it is difficult to guarantee that someone will be able to come back in three to four weeks, such as sailors, or people who are using homeless shelters.

On top of the convenience of only being one dose, it is much easier to store than other vaccines and can last up to three months in the fridge. The Pfizer and the Oxford jabs have to be frozen and can only be stored for short amounts of time.

Worldwide, J&J aims to produce about one billion doses globally by the end of the year.

FDA aides said they were concerned that the J&J jab would be seen as ‘second-class’ because it is 72% effective whilst the Pfizer and the Oxford doses are around 95% protective.

But medical experts said that earlier vaccines had been tested before other variants were discovered which could have influenced how effective they were both determined.

Dr. Ashish Jha, dean of the Brown University School of Public Health, told a hearing on Friday that the J&J vaccine was ‘terrific’ for ‘the things we care about’, referring to serious illness, hospitalisation and death.