THIS is the shocking moment an Iceland security guard and shopper appear to lob groceries at each other.

The dramatic face-off between the man and the guard is thought to have taken place at the supermarket in Ilford, East London.

The dramatic stand off between the man and the guard was caught on camera in IcelandCredit: Facebook 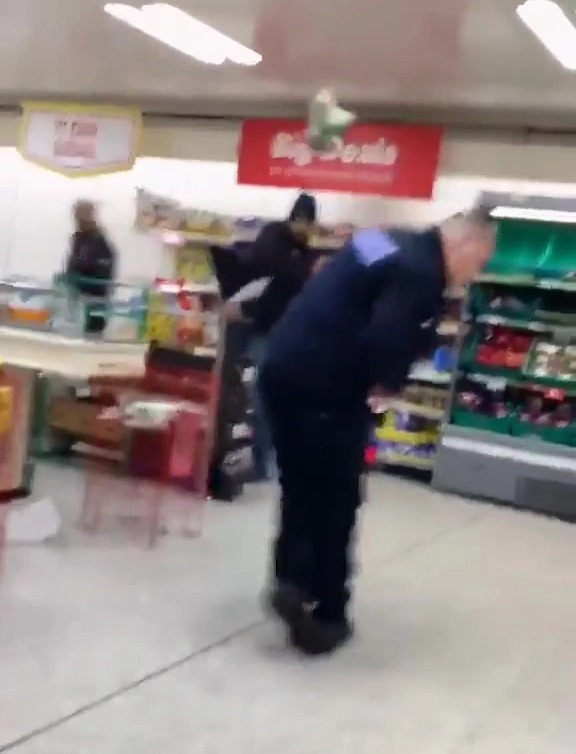 In the clip, the brazen security guard can be heard saying “hit me with a screwdriver” as he confronted the shopper.

Then the man suddenly grabs an item from the shelves and throws it at the security guard – which he successfully dodges.

And in retaliation, the man then fires his own shots at the shopper, lobbing groceries right in his direction and hitting him.

Before long, the pair can be seen throwing supermarket items back and forth at each other – as scared onlookers tried to break up the row.

The shouty shopper then grabs a pack of waterbottles and aims them at the security man – but he misses.

As the security alarm in the Iceland store rings, the pair continue to fight outside the doors, while other workers try to diffuse the heated situation.

By the time the shopper leaves, the store floor is covered in mess from the brutal Iceland row.

It’s not known what happened to cause the row in the supermarket.

The dramatic clip has been posted on social media – and has nearly got 90,000 views.

Hundreds of people were quick to comment on the skills of the security guard and his accuracy when lobbing the items at the shopper.

One person wrote: “Hopefully the security guard gets a raise, not a P45.

Another added: “The officer should do shot put in the next Olympics,” and a third said: “With an aim like that he should take up darts.”

While a fourth made a joke at how the row erupted in the supermarket: “A very frosty reception in Iceland.”

One viewer added: “Fair play to him. Probably sick to death of toerags shouting their skanky mouths off. Give them a bloody good slap. Why not?”

And another quipped: “They should be equipped with fully loaded utility belts containing 6 corned beef tins for incidents like this.”

Making fun of Iceland’s iconic phrase, one viewer said: “I don’t think mum will be going to Iceland any time soon.” 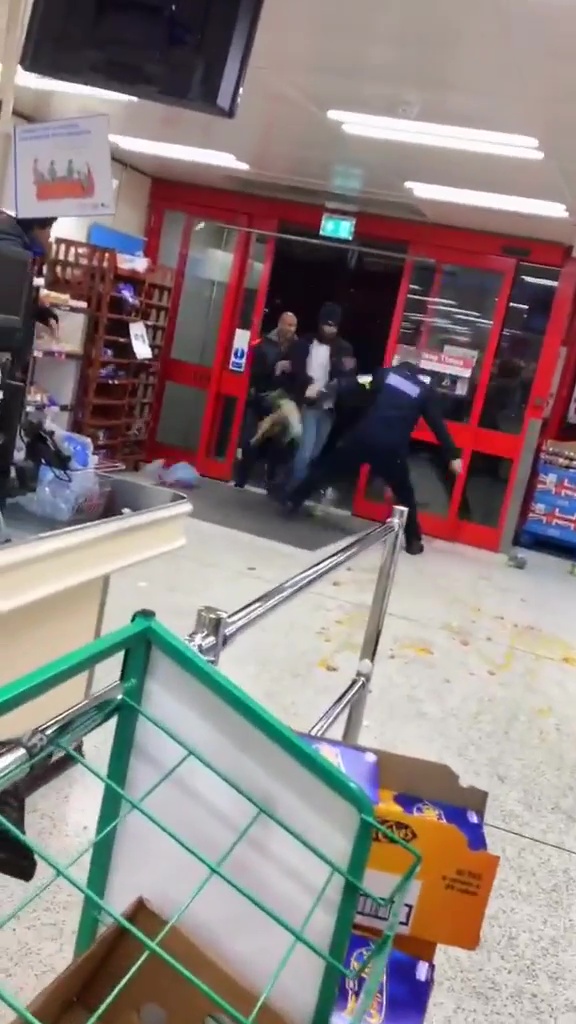 The confrontation ended with the shopper leaving the storeCredit: Facebook 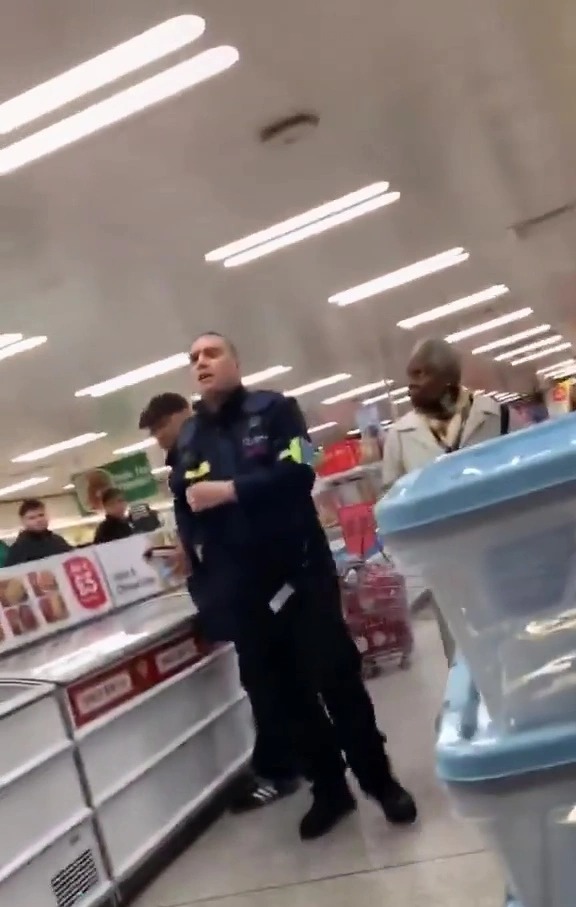 The security guard confronted the shopper – but it’s not known whyCredit: Facebook