THIS is the shocking moment fireworks were launched at police as hundreds of anti-Government protesters descended on the streets of London.

Hordes of anarchists took to Parliament donning Guy Fawkes masks and setting off flares amid the Million Mask March.

The moment fireworks were launched at officers 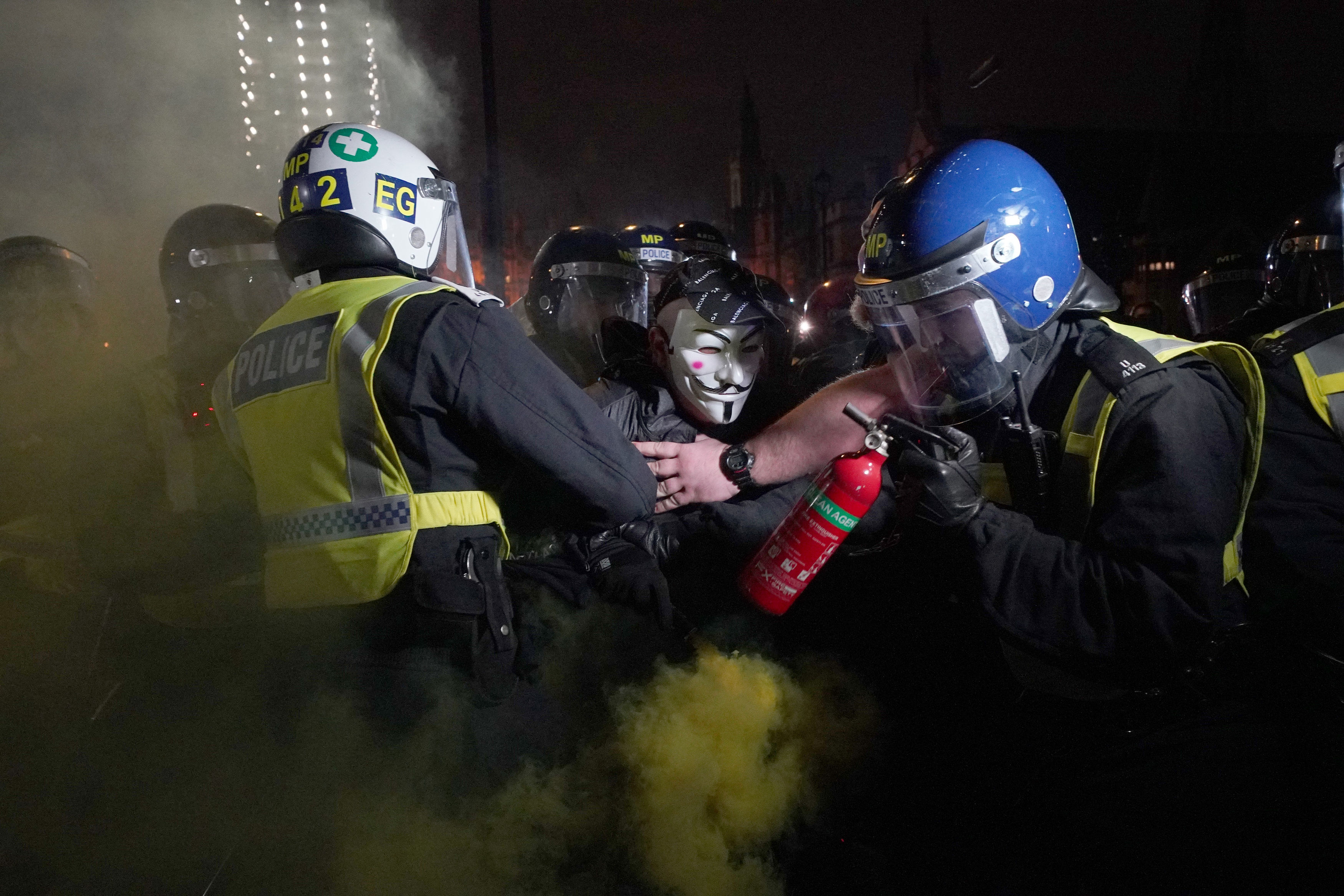 Police clash with an anti-Government protester in LondonCredit: PA 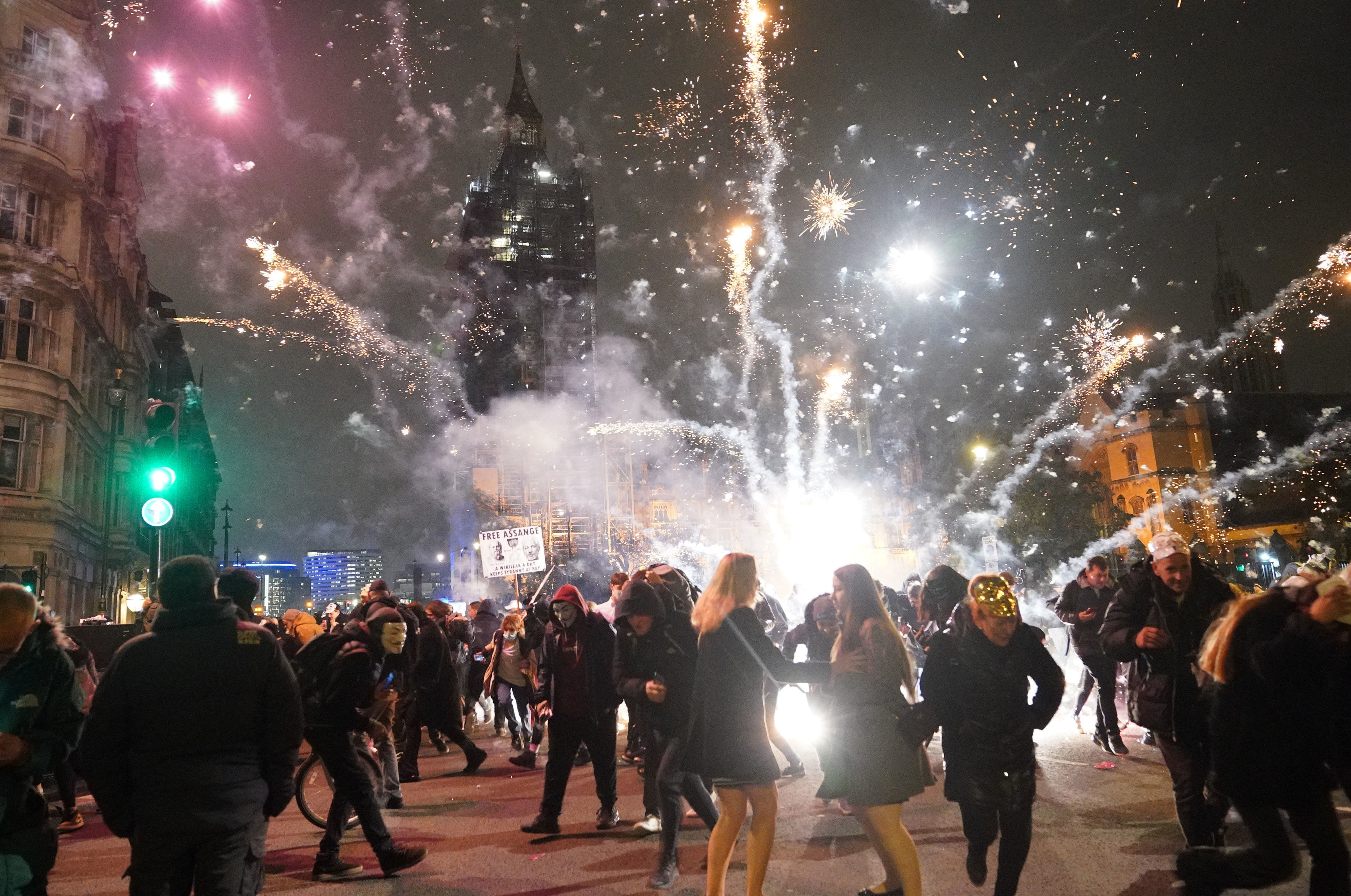 A firework is let off in a crowdCredit: PA 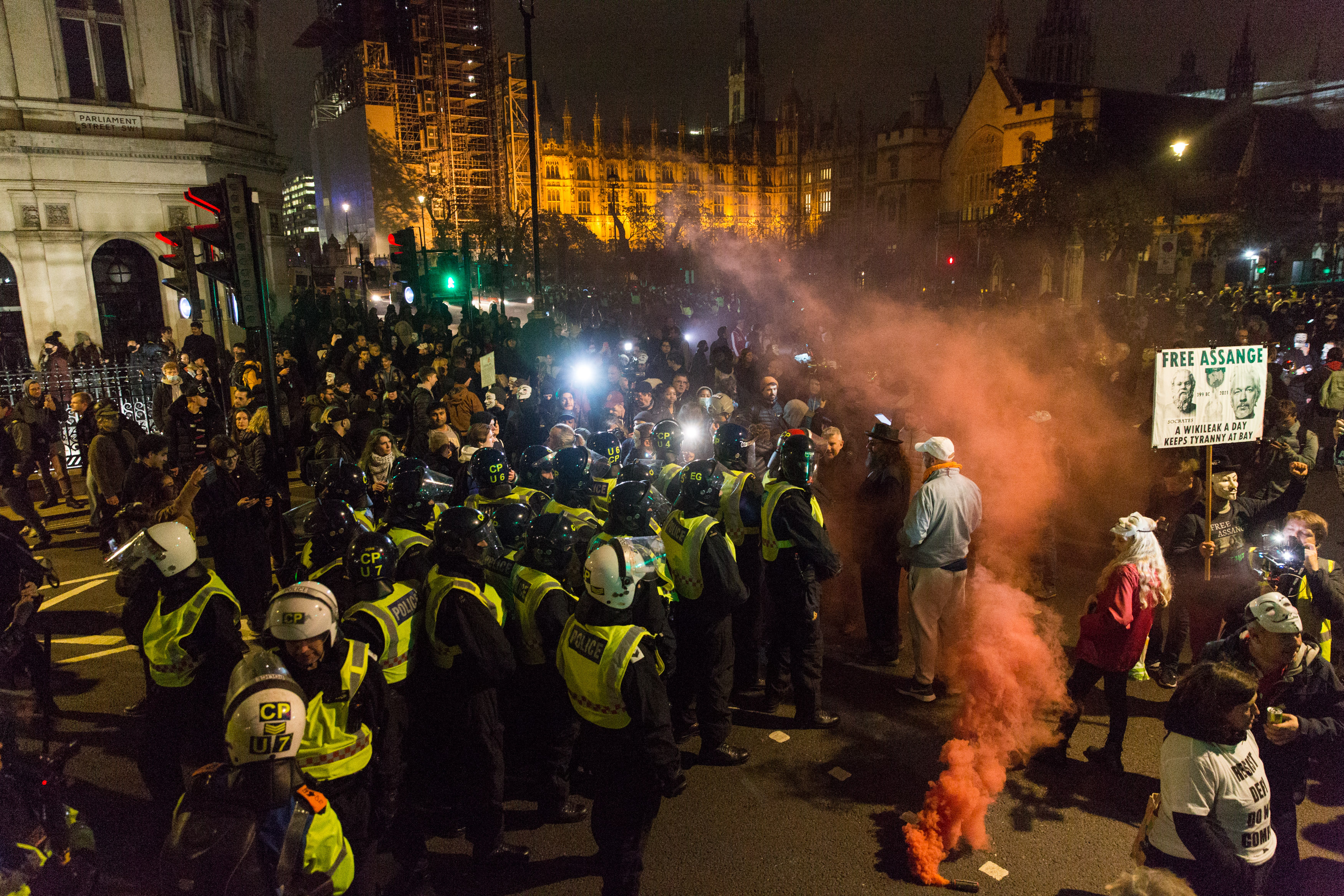 In the footage, posted to Twitter, police are seen clashing with protesters as fireworks spiral into the crowd.

The Met Police acknowledged the attack on Twitter, stating: “A crowd in Parliament Square have been dangerously lighting fireworks and rockets.

“Some have struck people or exploded near to the crowd, this could cause very serious injury.

“We have moved into the crowd to remove any fireworks and prevent people coming to harm.”

In another clip, dozens of officers stand by and watch on as rioters from the Million Mask March wreak havoc.

One picture shows a rioter lighting an effigy of the Prime Minister on fire.

The Met Police released a statement this morning ahead of the protest saying that some rioters travelled to London to target cops.

Dog units and mounted divisions have been deployed to support the Met Police’s efforts in keeping the protest as peaceful as possible.

“This policing plan has been developed following a continual review and thorough assessment of intelligence which suggests some groups are intent on causing disorder or targeting police officers with violence,’ a Met spokesperson said.

“As a precaution, officers will be equipped with specialist public order uniforms and a number of protective barriers have been set up outside a number of locations in London.”

Earlier today, riot police were spotted outside of Buckingham Palace with barricades built to protect the front gates.

Police have claimed that no arrests have been made yet.

The Million Mask March is an annual protest that coincides with Bonfire Night on November 5.

The anti-establishment protest was first held in 2012 and has been held in different cities across the world since then.

The group is associated with “Anonymous”, the international activist group, and protests against capitalist greed and corruption. 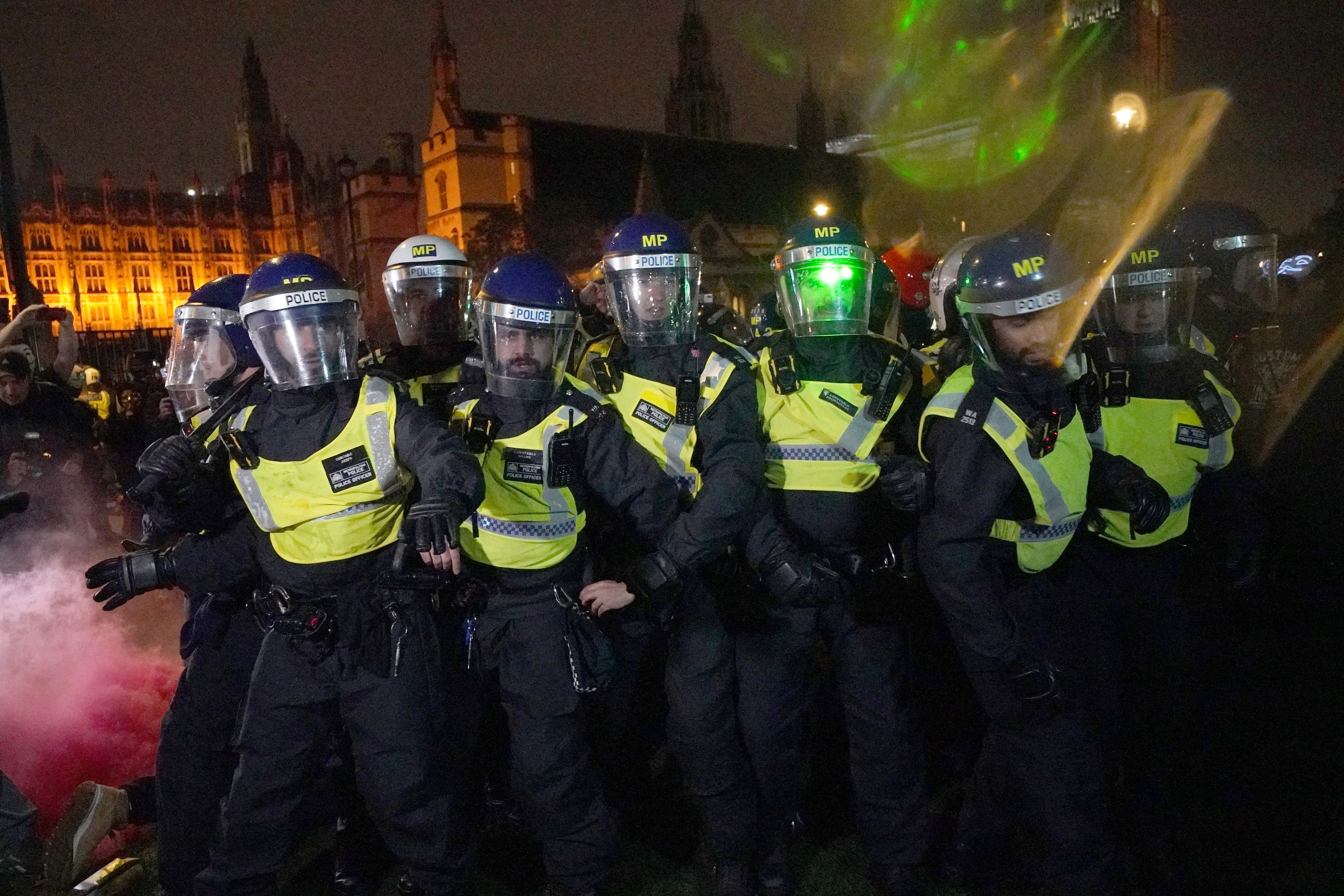 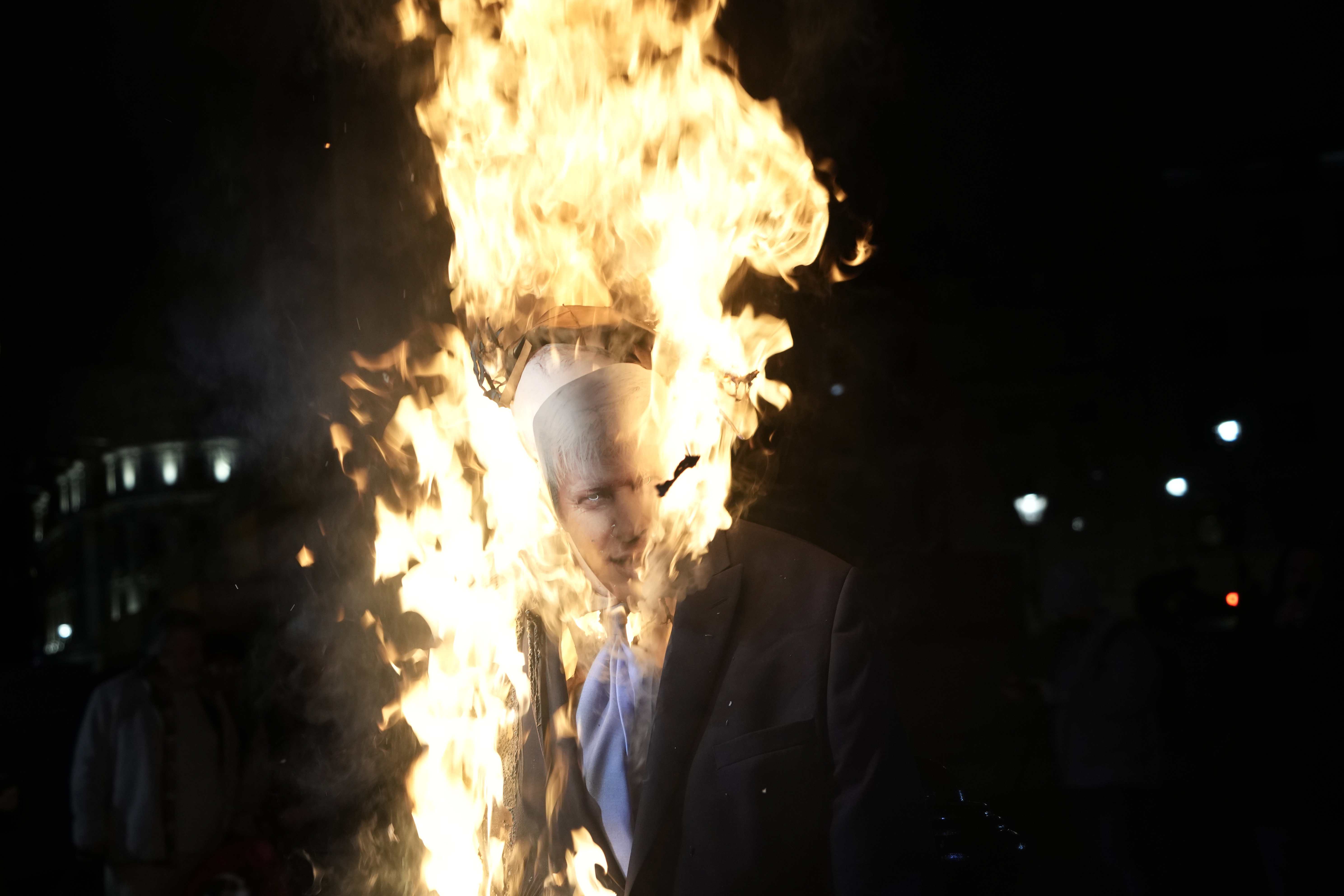 an effigy of Boris Johnson was set on fire tonightCredit: AP 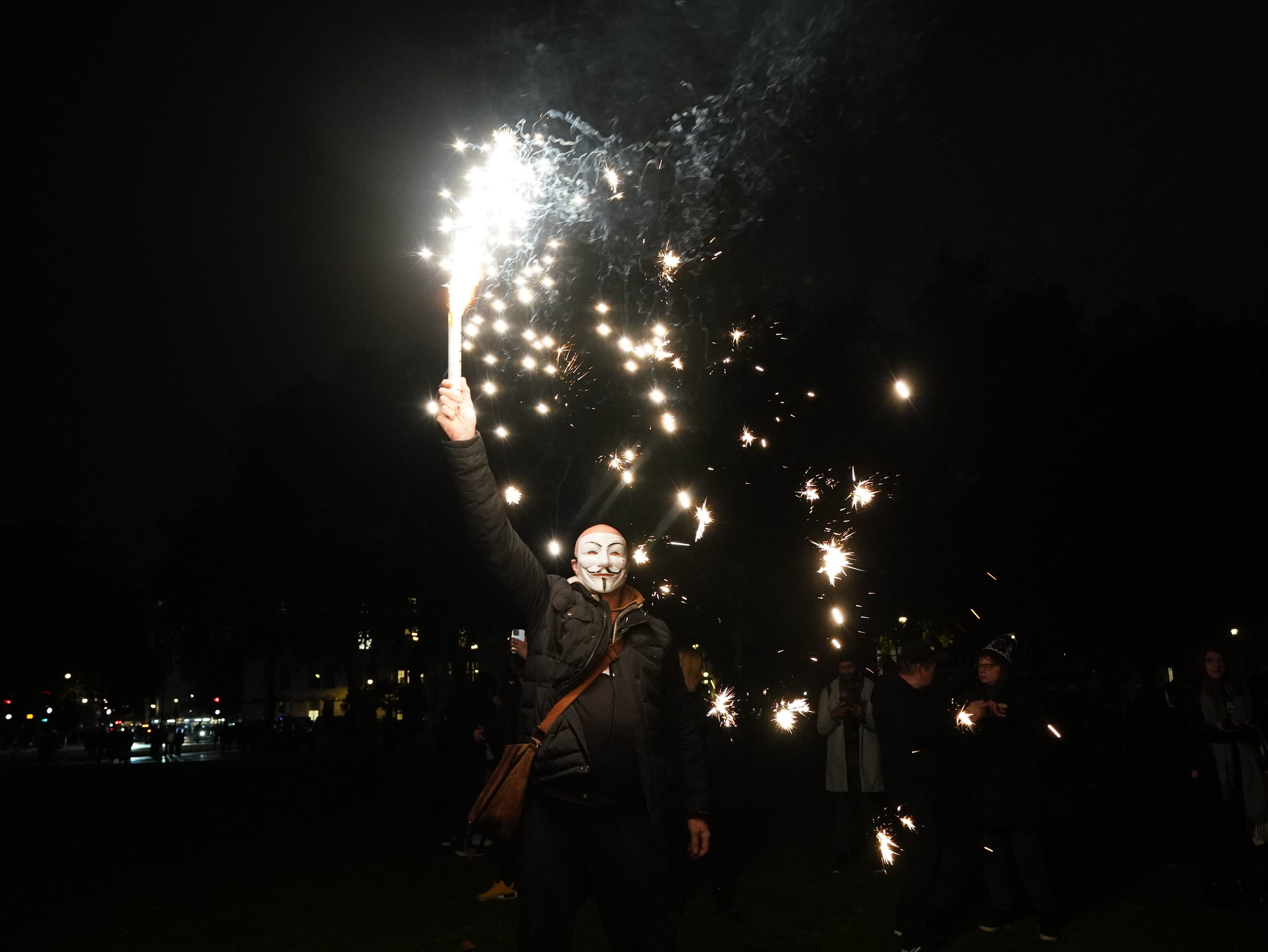 The Million Mask March has been running since 2012Credit: PA 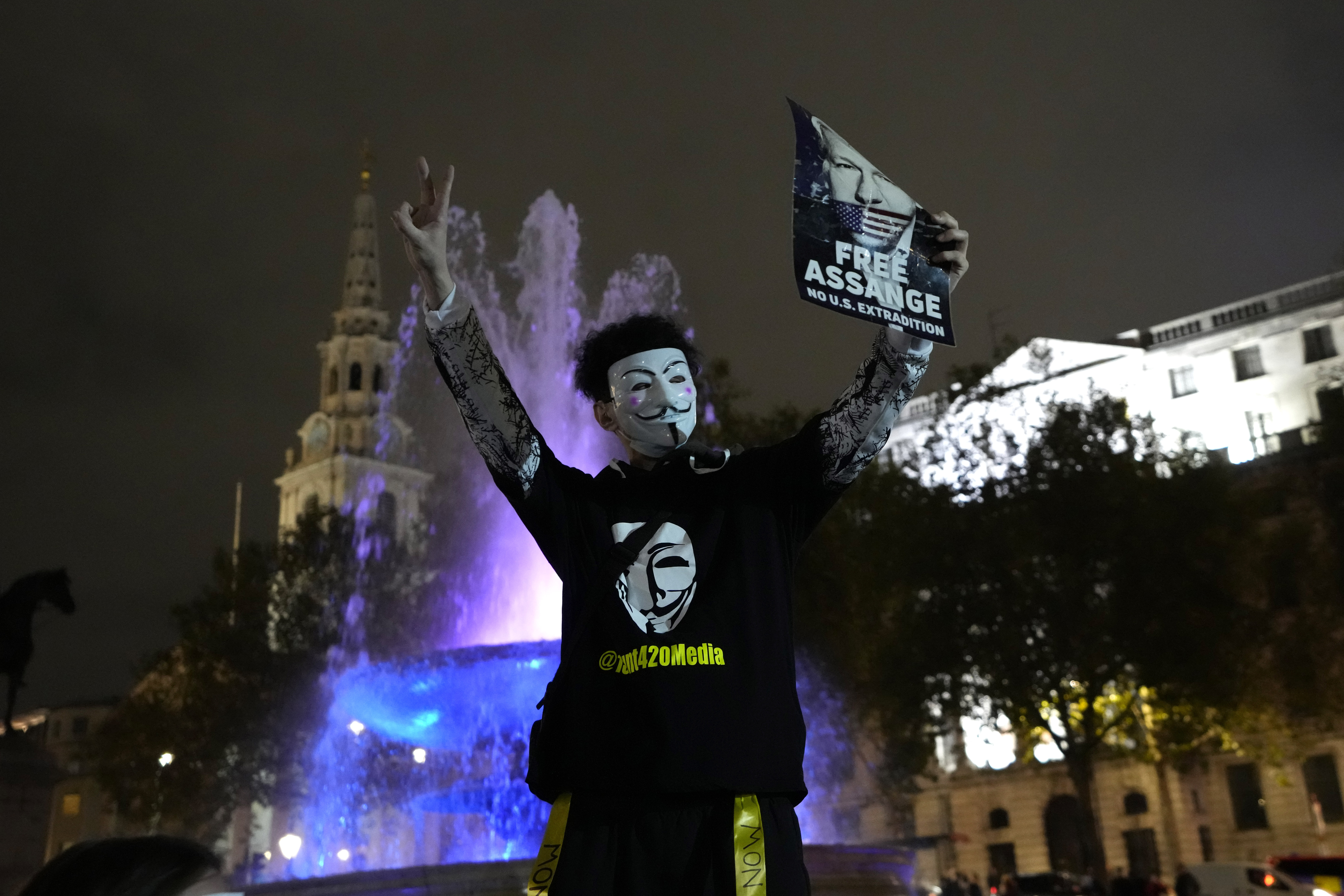 A protester in a Guy Fawkes mask holds a ‘Free Assange’ posterCredit: AP