THIS is the horrifying moment a boy stabs a woman in a high street brawl in front of stunned children.

The youngster in school uniform was seen brandishing a knife and attacked the woman, as she laid on the ground.

The boy stabbed the woman in front of horrified school children 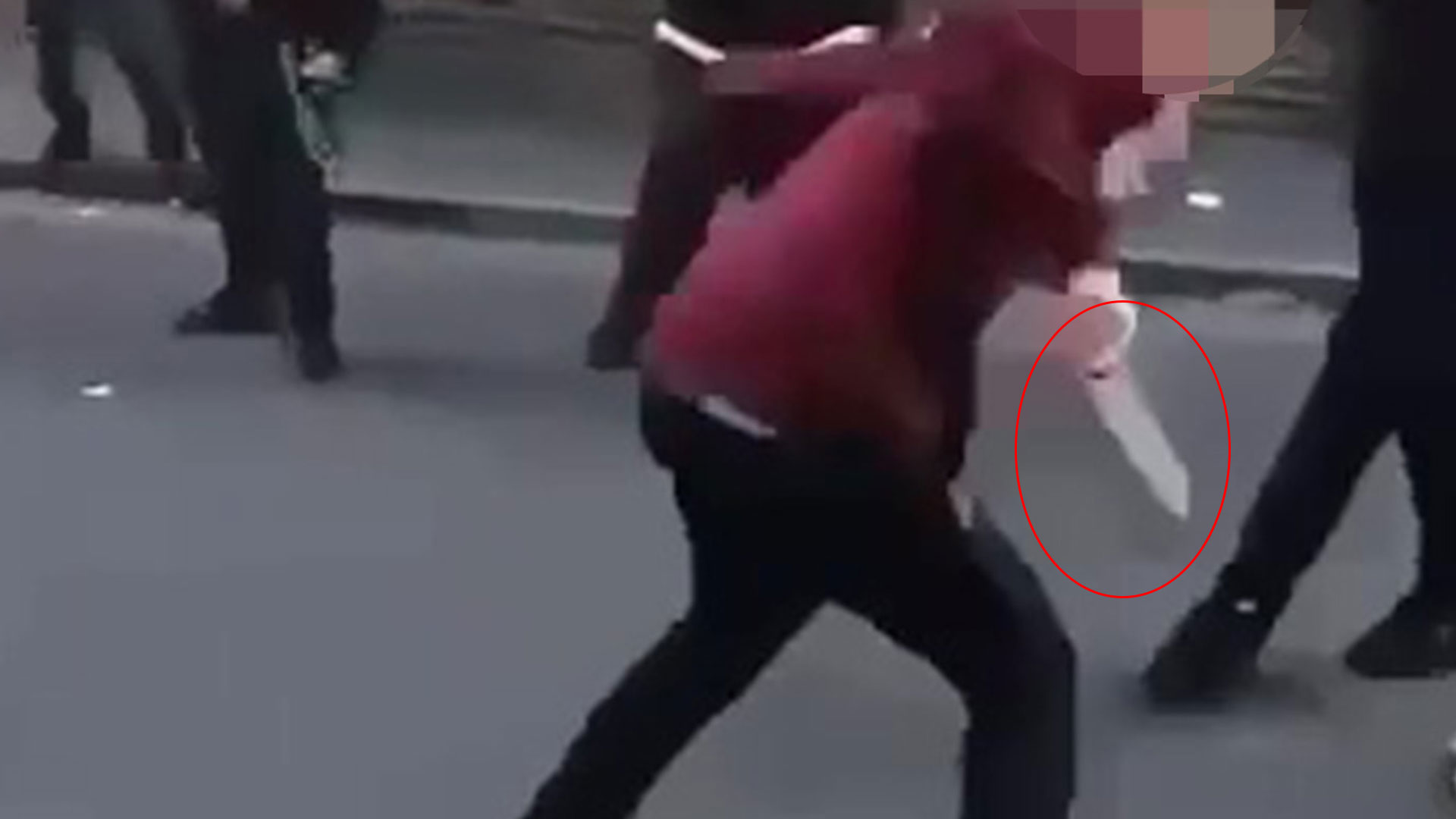 The attack happened in broad daylight outside a chicken shop 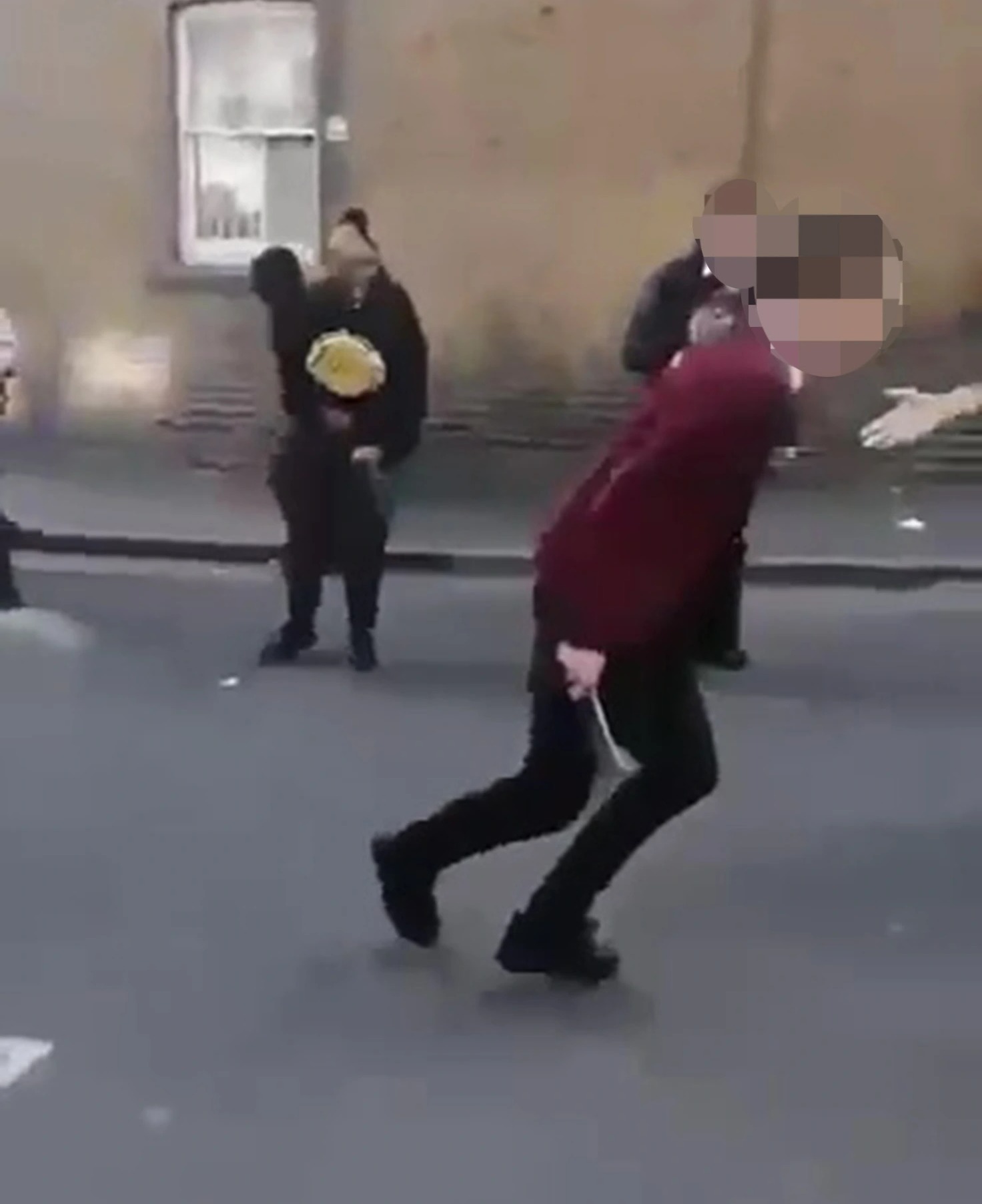 Eyewitnesses claimed there had been an argument between the victim and a young girl moments before the attack in South Norwood, London.

A video shows the moment the woman was pushed to the ground before her attacker in school uniform rushed in and slashed her with a knife.

A mum said: “A lady was arguing with a year 7 girl and nearly bought her to tears .

“Then she started on a year 11 and her arm got sliced.”

“Apparently she was trying to fight this year 7 girl.”

The video shows schoolchildren watching as the woman grappled with a schoolboy outside a chicken shop.

Girls were seen pouring their drinks on her head while an adult tried to calm the situation down.

The woman was then pushed to the ground before the attacker pulled out a knife and began stabbing her as she laid helpless on the ground.

Eventually others pull him away. 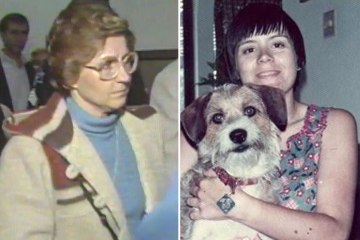 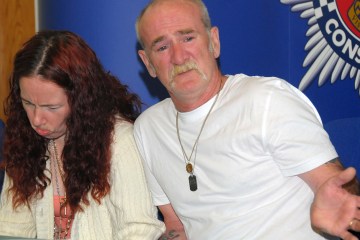 “A life thrown away for being stupid enough to carry a knife and use it.”

A London Ambulance Service spokesperson said: “We were called at 4.39pm yesterday (Tuesday 10) to reports of an incident in South Norwood High Street, SE25.

“We sent an ambulance to the scene and treated a woman before taking her to hospital.”

Metropolitan Police Detective Sergeant Danielle Power of South Area Command said: “We understand the concern that will spread through our communities in relation to this horribly violent incident and would like to reassure parents and local residents that enhanced, highly visible patrols will take place at the end of the school day to reassure pupils, their parents and the wider community.

“We continue to work closely with the local school and to support the victim.

“We are aware of footage circulating on social media and ask that this is not shared further to avoid prejudicing any  future legal proceedings.”

A Metropolitan Police spokesman added: “Police were called at 16:35hrs on Tuesday, 10 May to reports of an altercation between a woman and a group of youngsters at Grosvenor Road, SE25.

“Police and London Ambulance Service [LAS] attended. At the scene a woman, aged 40s, had suffered a slash wound. Her injury was not life threatening.

“A 15-year-old male was arrested on Tuesday, 10 May on suspicion of grievous bodily harm [GBH]. He remains in custody at this time. 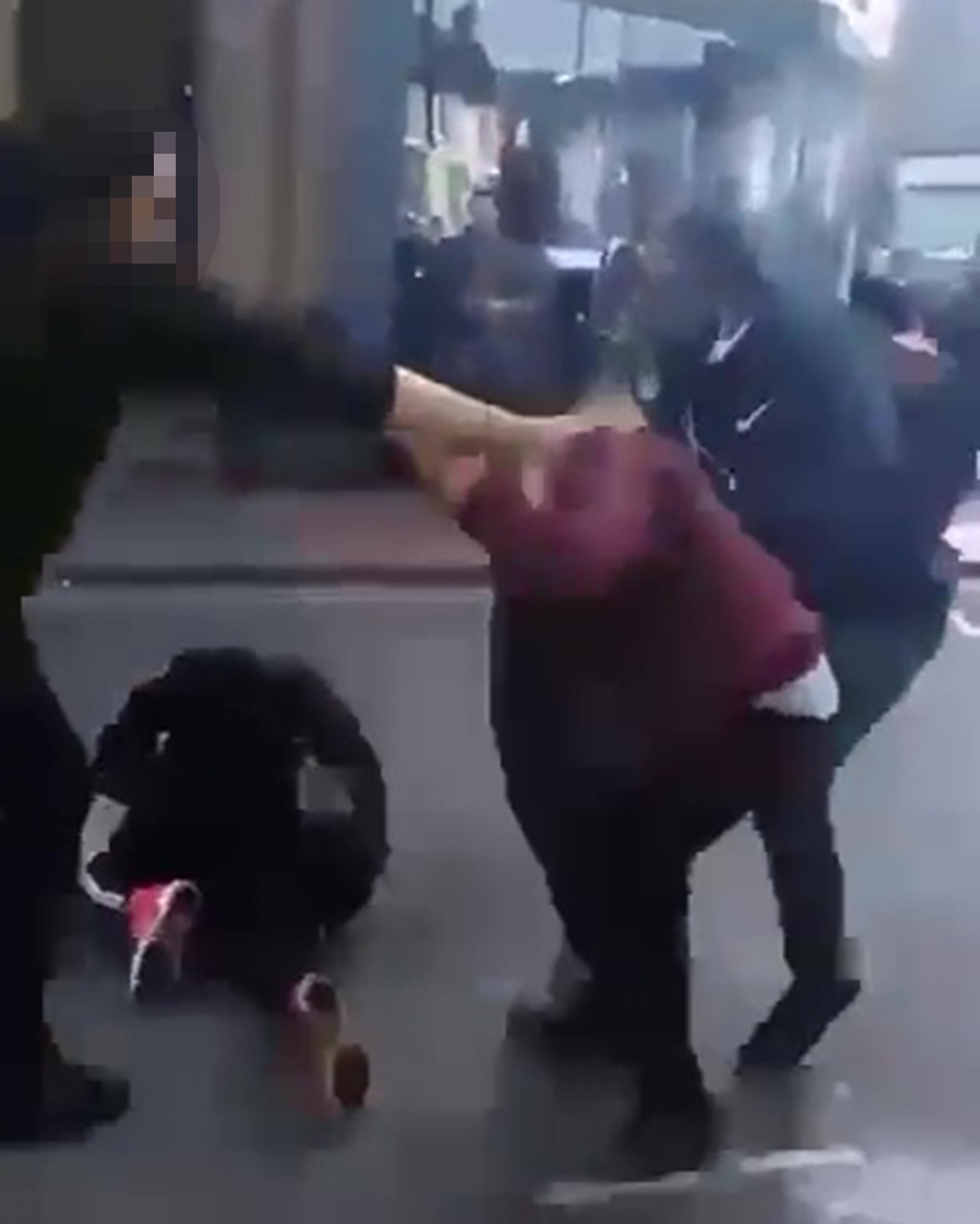 The knife man was later pulled away by other boys 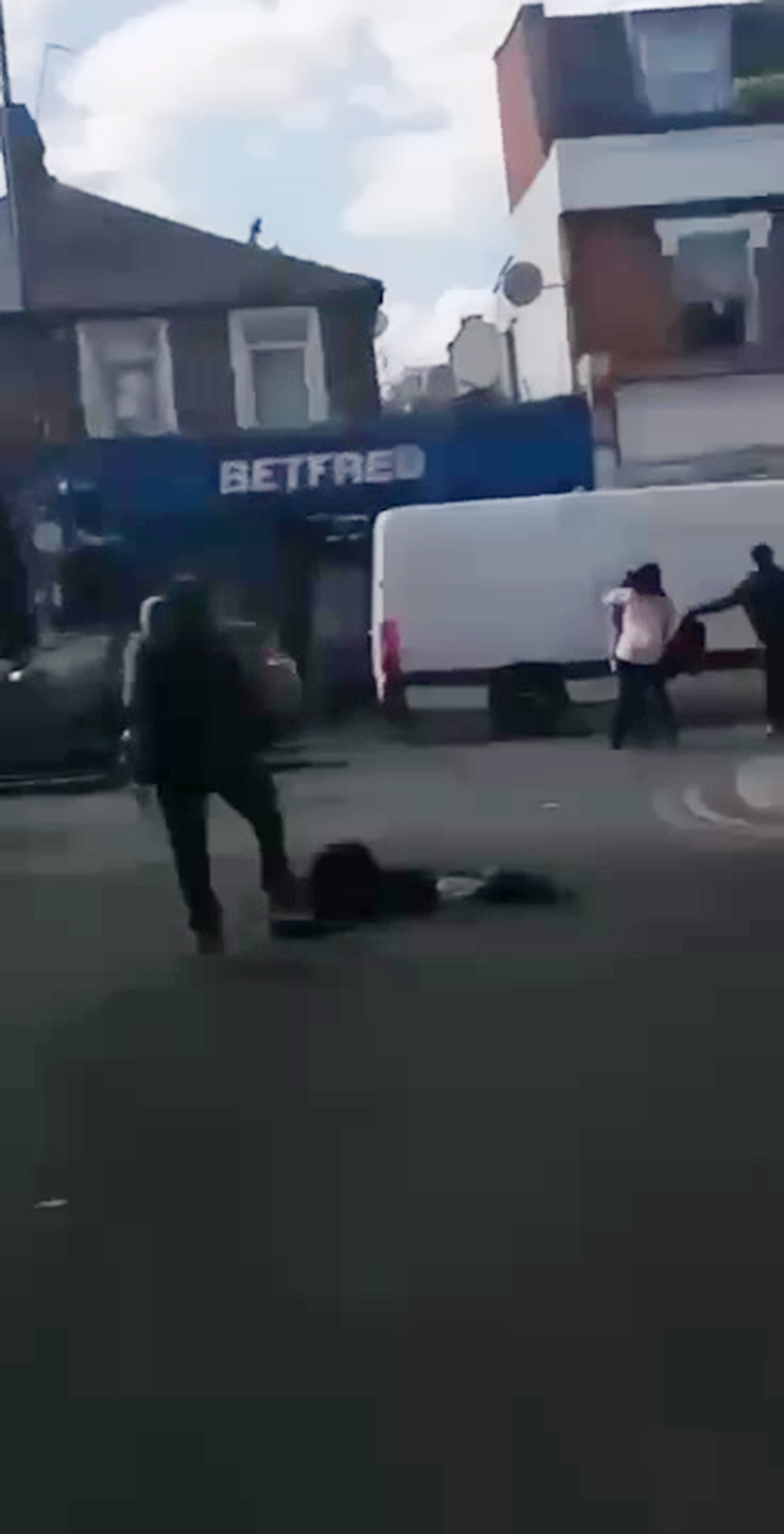 The victim was left lying in the road with stab wounds 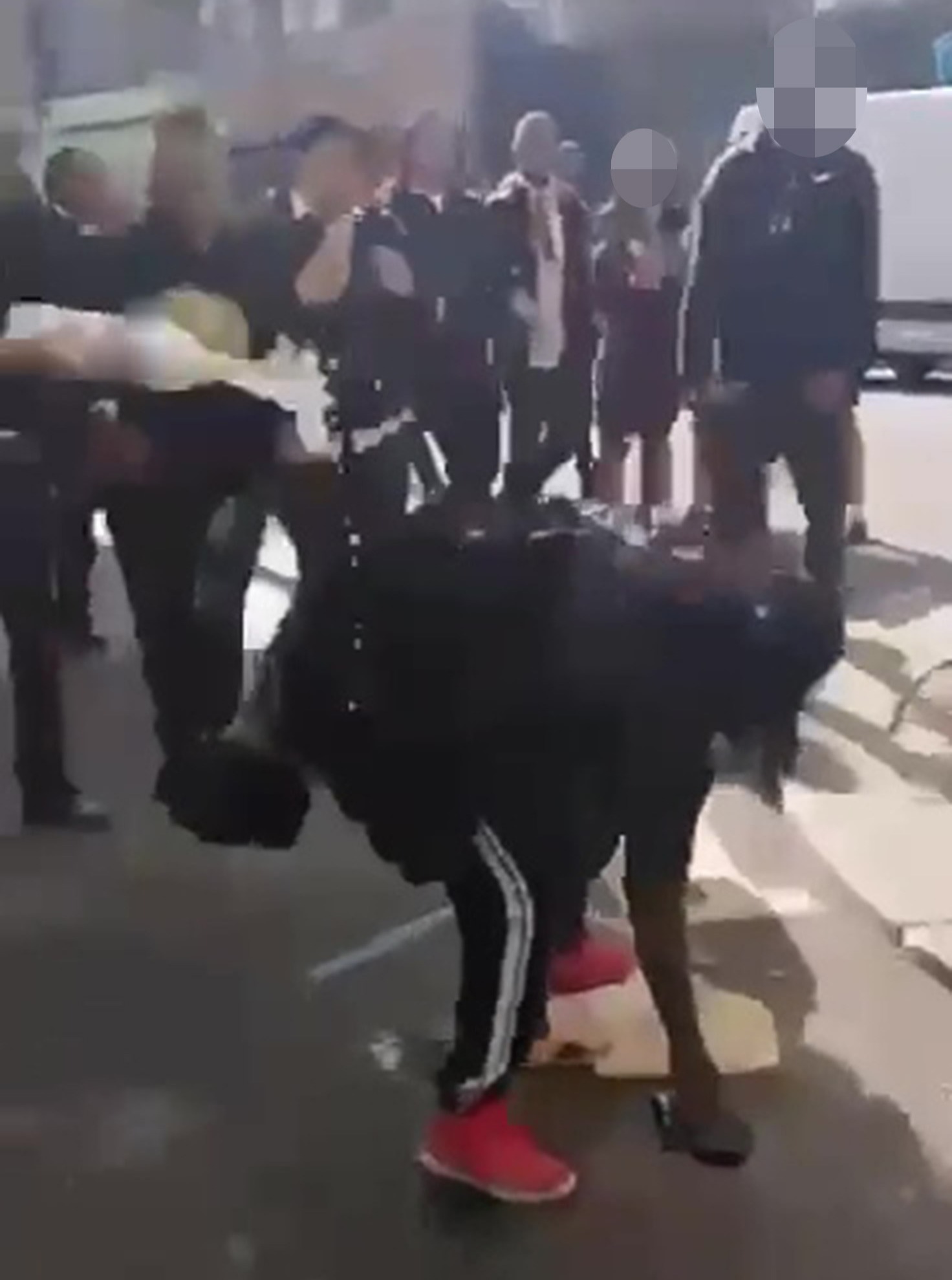