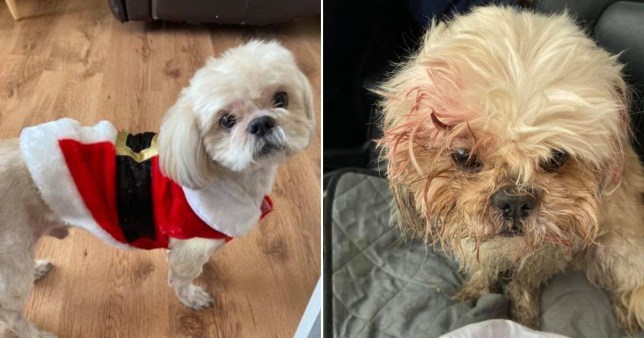 Jinky had to be put down after the attack (Picture: Andrina Sweeney/Facebook)

A small dog had to be put down after he was attacked by three other pets who were off the lead while he was out on a walk in Glasgow.

Jinky suffered injuries to his head, tummy and back, with his spinal cord being ‘totally destroyed’ and one of his legs broken.

His owner Andrina Sweeney, 57, believes he only got away from the dogs alive by going limp and playing dead.

But the Shih Tzu was so badly injured that a vet decided the kindest thing to do would be to let him go.

Andrina’s daughter Daughter Nicola Sweeney told the Daily Record: ‘A neighbouring flat has a Staffy, a pitbull type dog and a chihuahua crossbreed which are never on their leads.

‘My mum has been saying to them for about a year that they should be put on their lead because there’s lots of young children around here. 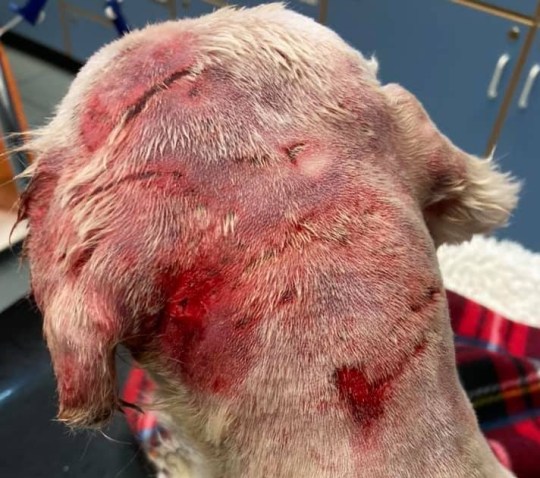 ‘But yesterday, the dogs have come down the stairs as my mum was walking past with Jinky and a woman opened the door.

‘The main one, the Staffy, grabbed him and the other two were just taking chews of him and throwing him about to each other.’

Posting on Facebook, Andrina said Jinky would be ‘forever my best pal’.

She said: ‘If the owner would have put a leash on her dogs […] my poor wee Jinky that didn’t stand a chance would still be with me.’

A Police Scotland spokesperson said: ‘Officers were called to Moss Heights Drive, Cardonald around 7.50am on Thursday 25 March, following reports of a dog attack.

‘One dog later died and another was seized by Police Scotland.

‘A 21-year-old woman’s been charged in relation to the Dangerous Dogs Act and enquiries continue.’

Delay to $1,400 stimulus checks for those on Social Security blamed on lack of funding as Americans desperate for help