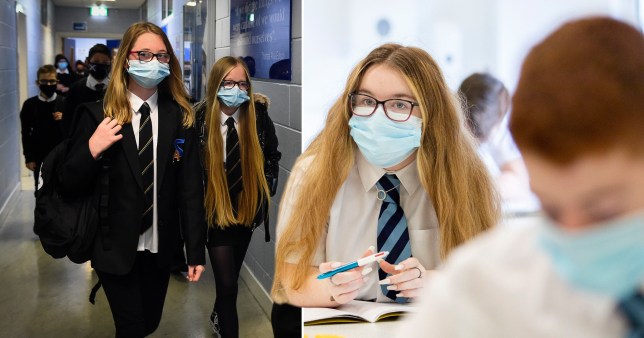 Schools in Scotland have been closed in a national lockdown (Picture: PA)

Some pupils in Scotland will be able to return to schools for in-person teaching from Monday.

First Minister Nicola Sturgeon announced today that this part of the lockdown would be loosening – but the rest of the lockdown could continue further than the March 1 date previously given.

She said the core ‘stay at home’ requirement would stay until at least the beginning of March, but the plan for schools would go ahead as set out previously.

Getting children back to school was ‘an overriding priority’ but may involve some other restrictions remaining for longer. This was a justified ‘trade-off’, she said,

At the beginning of the month, the First Minister said that lockdown would remain in force until at least the end of February, with some pupils returning to classrooms on February 22.

Under the plans, all children under school age in early learning and childcare would return. 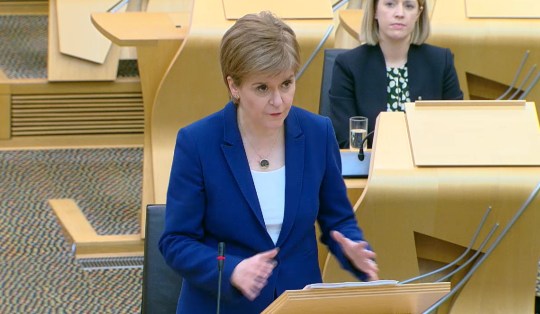 Pupils in Primary 1 to Primary 3 would also be allowed back into school, as would those in the senior phase of secondary school.

However, the First Minister said older pupils will only be able to return to ensure practical work important to achieving qualifications is completed, and only between 5% and 8% of any school’s roll should return.

She said there was unlikely to be any further return to schools before March 15.

Addressing MSPs at Holyrood, the First Minister said there would be just one ‘limited’ change made to the current lockdown measures, which is about schools.

She added: ‘The core stay at home requirement will remain in place until at least the beginning of March – and possibly for a further period beyond that.

‘We will need to monitor the impact of this change before making any other decisions, but I hope to be able to set out the second phase of school reopening in two weeks’ time.’

The government would be publishing guidance on Covid safety in schools, she said.

She urged parents not to use children going back as an opportunity to stop working from home, or to meet socially with other parents, for example at the schools gates.

The changes should not be seen as a ‘return to normality’ more generally, she said. adding she was acutely aware that ‘moving too quickly’ would lead to a rise in cases.

Dr Liz Cameron, director and chief executive of the Scottish Chambers of Commerce, said: ‘The vaccination rollout has been significant across Scotland and the UK, and with vaccination milestones being reached, we now need to understand the conditions at which the economy can begin to reopen.

‘We understand that setting specific dates can be challenging given the unpredictable nature of the virus. However, businesses need to know the trigger points over the next three months that will deliver the reopening of the economy. 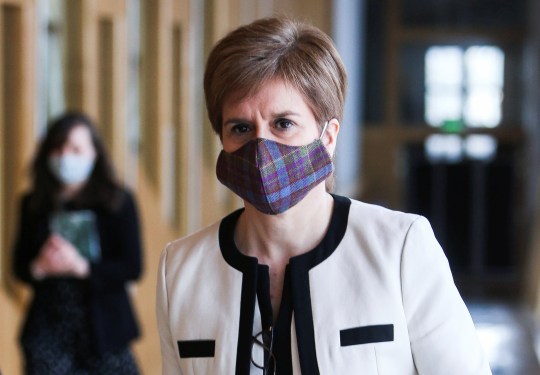 Nicola Sturgeon confirmed that pupils in Scotland will start to return from Monday (Picture: Reuters)

‘Only a clear plan to reopen will give businesses the confidence to plan, hire and invest. Without this, businesses and livelihoods face catastrophe.’

In England, schools are expected to return slightly later, although this has not yet been confirmed.

The government is aiming to get children back to school for in-person teaching from March 8.

Speaking to Sky’s Sophy Ridge on February 14, Foreign Secretary Dominic Raab said: ‘On March 8 we’re aiming to get schools back.

‘The precise details – we need to make sure we set out once we’ve evaluated all of that evidence.’

Confirmation on the precise date, and plan for getting students back into school will be confirmed by Boris Johnson on February 22, when he is expected to reveal a ‘roadmap’ out of lockdown.

It comes amid reports that teachers and police officers will be made a priority for the vaccine after it is given to the over-50s.

The joint committee on vaccination and immunisation (JCVI) is expected to recommend the next priority groups the week after next.