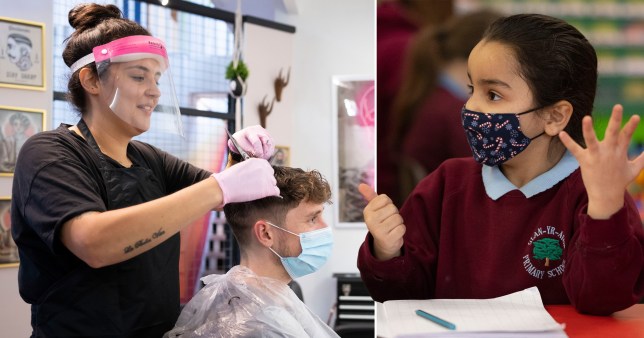 Society will begin to open ‘cautiously, carefully and step by step’ starting this weekend (Pictures: Getty)

Wales’ First Minister Mark Drakeford has said the Government is to begin reopening society ‘cautiously, carefully and step by step’ starting this weekend.

The current ‘stay-at-home’ restrictions will be lifted from Saturday and are expected to allow people from rural areas to travel greater distances than those who live in urban towns and cities.

Four people from two households will also be able to meet outdoors to socialise, including in gardens – while outdoor sports facilities, including basketball courts, tennis courts and golf courses, can reopen. Indoor care home visits will also restart for single designated visitors from the weekend.

Hairdressers and barbers can reopen for appointments from Monday, the same day that all primary pupils and those in qualifications years can return to schools.

Secondary schools will have the option to bring year 10 and 12 learners back, while there will be ‘flexibility’ to allow all other pupils to ‘check-in’ with teachers on a limited amount of days ahead of a full return after the Easter break.

Non-essential retail, which was considered for reopening from next week, will start to reopen gradually from March 22, while restrictions will be lifted on what can be sold in shops which are currently open.

All shops, including all close contact services, will be able to open from April 12, the same date as in England. 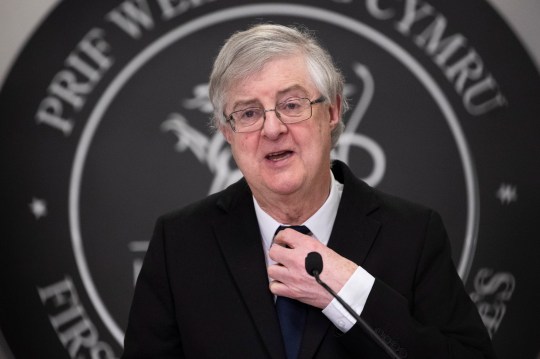 Mr Drakeford is expected to say later today: ‘We are taking a phased approach to unlocking each sector – starting with schools.

‘We will make step-by-step changes each week to gradually restore freedoms. We will monitor each change we make, so we know what impact each change has had on Wales’ public health situation.’

People in Wales will be allowed to go on domestic breaks from Easter, although the rules across the border will forbid English residents travelling into the country for holidays. 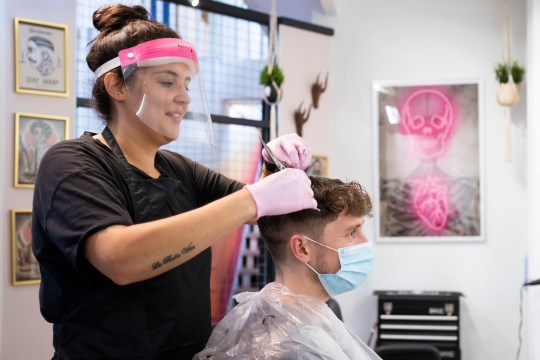 Hairdressers and barbers can reopen for appointments from Monday (Picture: Getty) 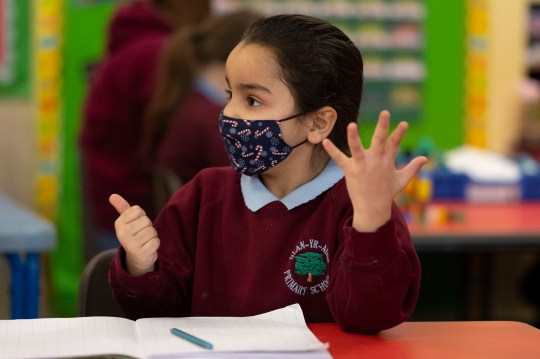 Primary school pupils will also return to the classroom next week (Picture: Getty)

Mr Drakeford told BBC Radio 4’s Today programme this morning: ‘At Easter time, Welsh people will be able to travel for holidays over Easter within Wales, and to self-contained accommodation.

‘The rules in England will not permit that. The Prime Minister’s road map says that for the weeks after March 29, people should minimise travel, there are to be no holidays, and people won’t be allowed to stay away from home overnight.

‘If it won’t be safe to stay overnight in England, then obviously it would not be safe for people to travel into Wales.’

Mr Drakeford went on to say express ‘anxieties’ about the resumption of foreign travel from as early as May 17.

He told BBC Breakfast that September 2020 was a ‘difficult month’ in Wales as holidaymakers brought Covid-19 back with them from trips abroad.

He said: ‘I do not want to see all the hard work that people in Wales have put in over recent weeks being undermined by the reimportation of the virus. 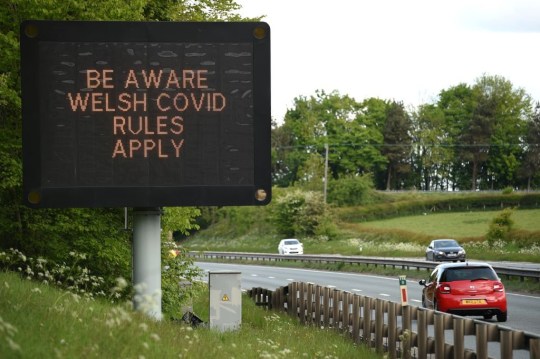 Staycations will resume for Welsh people from Easter (Picture: AFP via Getty)

‘The Prime Minister’s road map for England is very clear that these are indicative dates and when I’ve raised this with UK ministers they always emphasise that the decision would be made in the circumstances much closer to the time.

‘I am saying that for me, that does look early.

‘I would want to be completely confident that we are not running the risk of a reimportation of the virus, particularly now that we know there are new variants of this virus in other parts of the world.’

Public Health Wales said on Thursday there were a further 195 cases of coronavirus in Wales, taking the total number of confirmed cases to 205,788.

The agency reported 12 further deaths, taking the total in the country since the start of the pandemic to 5,424.