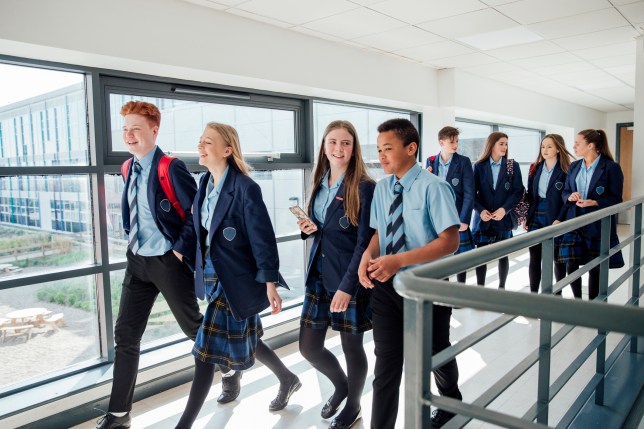 Kids will be back to school, and a more normal version of school at that. (Picture: Getty)

As of August 16, the rules around self-isolation will change, for the double jabbed and those under 18-years-old.

Other rules are changing in parts of the UK, with Scotland changing the rules just before children return to school.

Here, we look at what the new rules are and how they’ll affect children going back to school.

The school bubble system, which meant that children were only to mix with a fixed year or class group, has come to an end.

This will mean school children will no longer need to follow staggered start times or avoid mixing with other age groups or classes.

The changes come as children prepare to go back to school across the UK.

In England and Northern Ireland, most kids will go back to school by Wednesday, September 1.

Schoolchildren in Wales return to schools on Thursday, September 2.

Whilst Scotland’s different school term dates means that kids go back to school on Monday, August 16.

What are the self-isolation rules for school children in England?

Any pupil under the age of 18 who is named as a close contact of someone who has tested positive for Covid-19 will no longer need to self-isolate for 10 days.

Instead, they will be encouraged to take a PCR test.

If the test is negative, they can resume their usual activities, but if it’s positive, they will need to self-isolate. 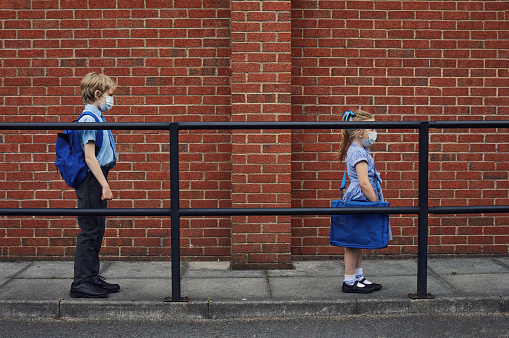 Students have been used to staggered timings and bubbles among their own age groups or classrooms. (Picture: Getty)

If a child tests positive for coronavirus, they will be contacted by NHS Test and Trace and must self-isolate.

The child, or their parents, will then be expected to share details of close contacts through Test and Trace.

These contacts will be informed by NHS Test and Trace, but will only need to self isolate if they are over 18 and have not had their vaccinations.

The government website explains: ‘Testing for close contacts under 18 will be split into two categories. All Primary, Secondary and College age children should take a single PCR test. Early Years children should only take a PCR test if a member of their household tests positive.’ 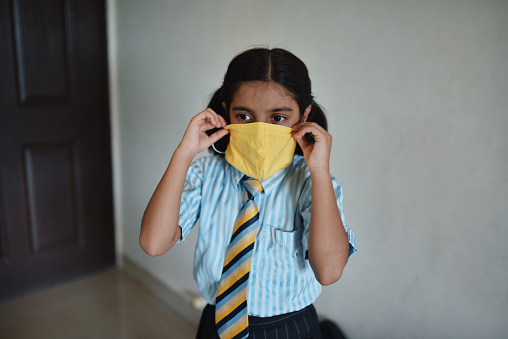 Across the UK, most countries are scrapping the need for students to wear masks in class (Picture: Getty)

Will school children need to wear masks in England?

Wearing masks is no longer the advice for pupils and teachers inside classrooms, though they will be advised to wear masks in crowded areas, like on buses.

What are the school rules for Scotland?

In Scotland, children will be returning to school for the first time following the move to below zero – where most Covid restrictions have been dropped.

However, many rules will still remain in place at schools, including all teachers and senior pupils being asked to wear face coverings while indoors.

There must also be physical distancing of at least one metre (3ft) between all staff, as well as staff and pupils.

Class bubbles will be scrapped but the latest government guidelines advise staff to continue to avoid assemblies or large groupings of children.

The government guidelines confirm that other measures like twice-weekly asymptomatic testing, one way systems and staggered start times will be kept in place to begin with.

What are the rules for schools in Wales?

Wales will follow England with most of their rule changes, including: 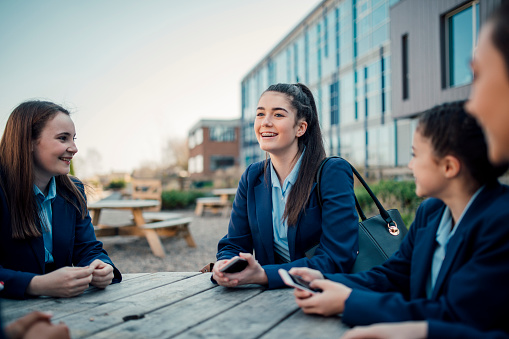 Pupils will get to socialise with friends outside their year group or former bubbles in most parts of the UK. (Picture: Getty)

What are the rules for schools in Northern Ireland?

The requirement for school bubbles, where children only mix within a fixed year or class group, will be removed for the beginning of the school year in Northern Ireland.

The rules for self-isolating will also change in Northern Ireland from today.

People who are fully vaccinated will no longer need to self-isolate for 10 days if someone they have been in close contact with tests positive for Covid.

They should, instead, get a PCR test on day two and day eight of the 10 day period.

The requirement for wearing face coverings for students will remain in place for the first six weeks of the new school term and be kept under review.

Afghan president Ashraf Ghani: intellectual who had no answer to the Taliban | Afghanistan