AN SAS trooper was left fighting for life after colliding with a US soldier in a horror skydiving accident at 18,000 feet – before plummeting into IS territory.

The two soldiers were critically wounded during a top secret operation in Iraq late last month. 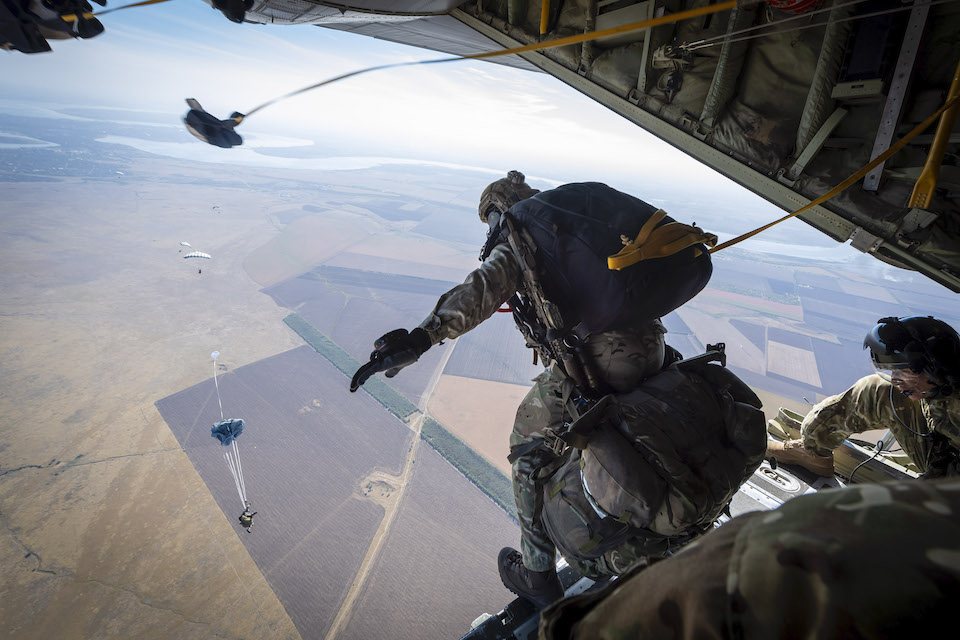 An SAS trooper and a US soldier collided in mid-air in a horror skydiving accident at 18,000 feet (File photo)Credit: MoD Crown Copyright This image may be used for current news purposes only. It may not be u 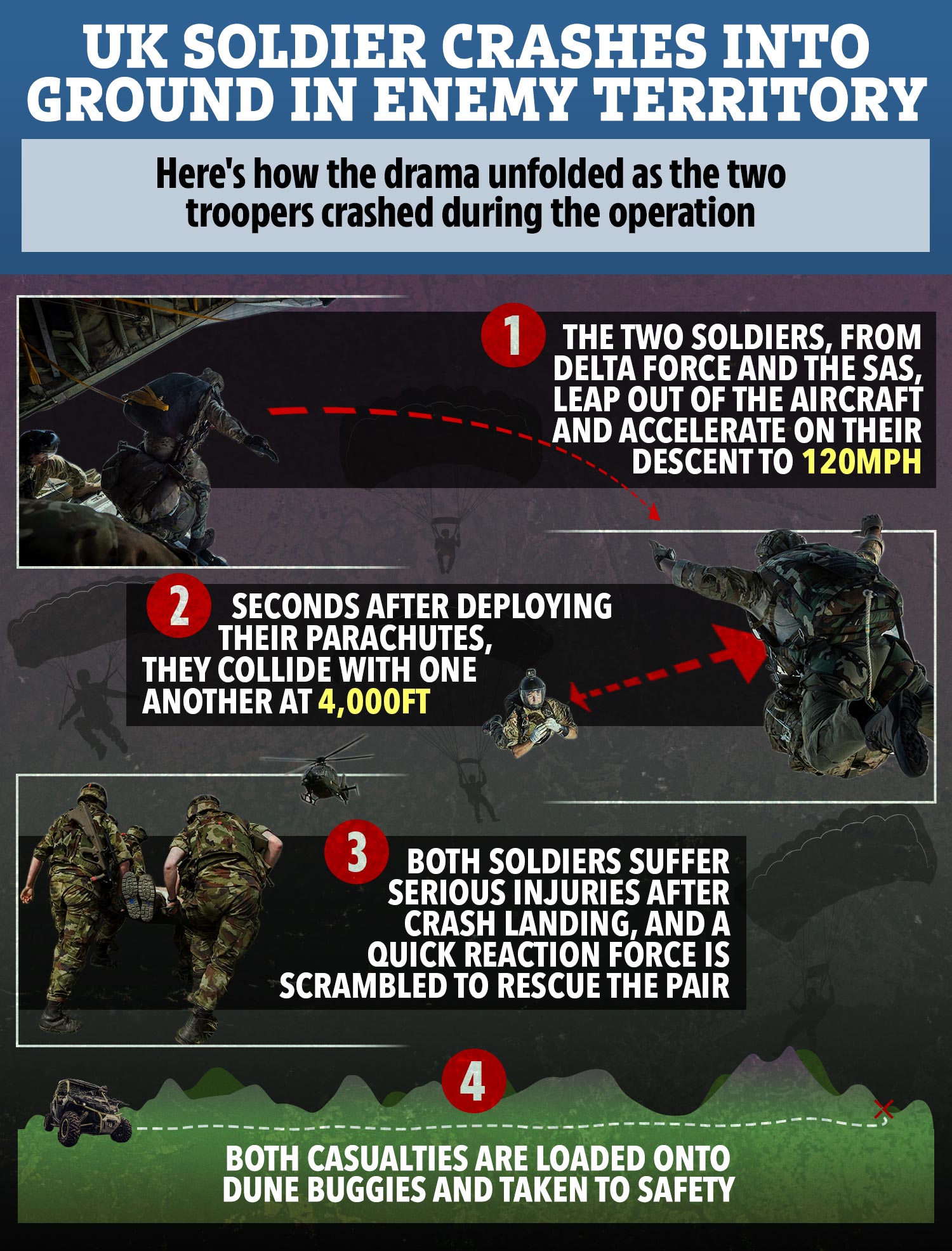 The Daily Mail reports that the pair had jumped from planes at 18,000 feet before going into freefall and opening their parachutes in Baiji, 130 miles north of Baghdad.

But seconds later, they smashed into each other and their parachutes became entangled – leaving them plunging into enemy territory.

Thankfully the two soldiers were able to radio for help, prompting dozens of heavily armed SAS and Delta Force troops to rush to the scene on CH-47 Chinook helicopters.

Arriving at the site of the crash, an armed team formed a protective circle around the injured soldiers as they received medical assistance.

A source told the Mail: “At this stage they were breathing with the assistance of oxygen supplies.

“All the parachutists were relying on night vision goggles. The coming-together, which could have killed both guys, happened after they had pulled their chutes.”

The source added that the two soldiers had hit the ground “very hard”, and suffered severe lower limb and back injuries.

They continued: “In spite of their injuries they remained calm and radioed for help. But it must have been nerve-racking waiting for the Quick Reaction Force to arrive.”

The pair were later flown to a US military hospital in Germany for treatment – and intelligence gathering operations in the region continued.

Boris Johnson says Army will use ‘battle preparation techniques’ to meet Feb 15 vaccine target and 1.5m have had jab so far