London Mayor Sadiq Khan laughed this morning after being asked if he has confidence in Priti Patel.

The Labour politician told ITV’s Good Morning Britain her track record as Home Secretary will not be ‘a great one’.

When asked about Ms Patel declining to express her confidence in Metropolitan Police Commissioner Dame Cressida Dick when questioned over Operation Midland during a radio interview, Mr Khan said he had full confidence in the commissioner.

But when asked if he had confidence in Ms Patel, he laughed and added: ‘I don’t like to be discourteous or impolite to colleagues, even from other parties.

‘I think Priti Patel’s track record as a Home Sec [sic] won’t be a great one in relation to what she’s not done to address some of the concerns we had around the hostile environment, I think she has not addressed the concerns we have got in relation to our borders, I think the quarantine policies have been a big failure and I don’t think she has given the police the resources they need.’ 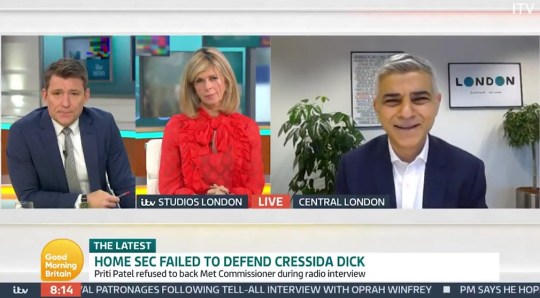 Mr Khan told ITV’s Good Morning Britain her track record as Home Secretary will not be ‘a great one’ (Picture: ITV/GMB)

Mr Khan and Ms Patel have previously clashed over policing.

Last week, the Home Secretary declined to give her backing to Metropolitan Police Commissioner Dame Cressida Dick over the force’s botched VIP child sex abuse investigation into senior politicians including Leon Brittan during a live interview.

The exchange on LBC Radio prompted her spokesman to afterwards insist she had ‘full confidence’ in the police chief.

When repeatedly questioned during the interview on whether she has confidence in Dame Cressida, Ms Patel responded: ‘I work with the commissioner.

‘The commissioner does a lot of great work and she oversees the largest police force in the country.

‘There are still questions, rightly so – some questions have been put to me today, actually, very publicly in newspapers, and it’s right that I also look at these questions.’ 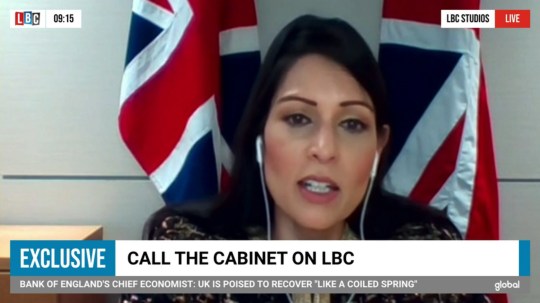 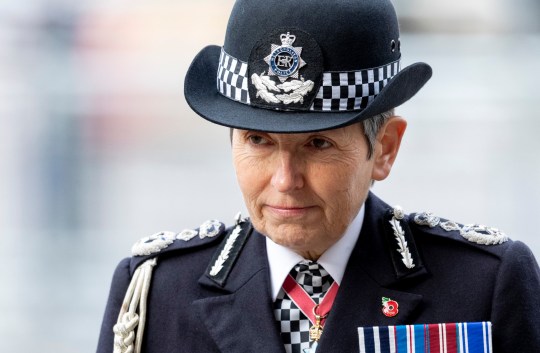 After the interview, Ms Patel’s spokesman said: ‘As the Home Secretary said, she works with Cressida Dick every day.

‘The Home Secretary has full confidence in her to do her job.’

But the spokesman declined to say why Ms Patel refused to express her confidence in the UK’s most senior police officer during the interview.

A Number 10 spokesman said: ‘This was a deeply concerning case and the PM’s thoughts are with Lady Brittan, her late husband (Leon Brittan) and others affected.

‘The Prime Minister has complete confidence in the Metropolitan Police Commissioner Cressida Dick, as does the Home Secretary.

‘Both the Prime Minister and the Home Secretary have absolute confidence in her as we work together with the police to make our streets safer.’

Barcelona fans scream ‘let go of Messi’ and ‘son of a bitch, thief!’ at PSG chief over transfer saga before clash