POLICE investigating Sabina Nessa’s killing have carried out fingertip searches of a building site as they hunt for a murder weapon.

Officers were seen probing the site close to the spot where the 28-year-old primary school teacher’s body was found in Kidbrooke, South East London.

Sabina, 28, was found buried under a pile of leaves by a dog-walkerCredit: Met Police 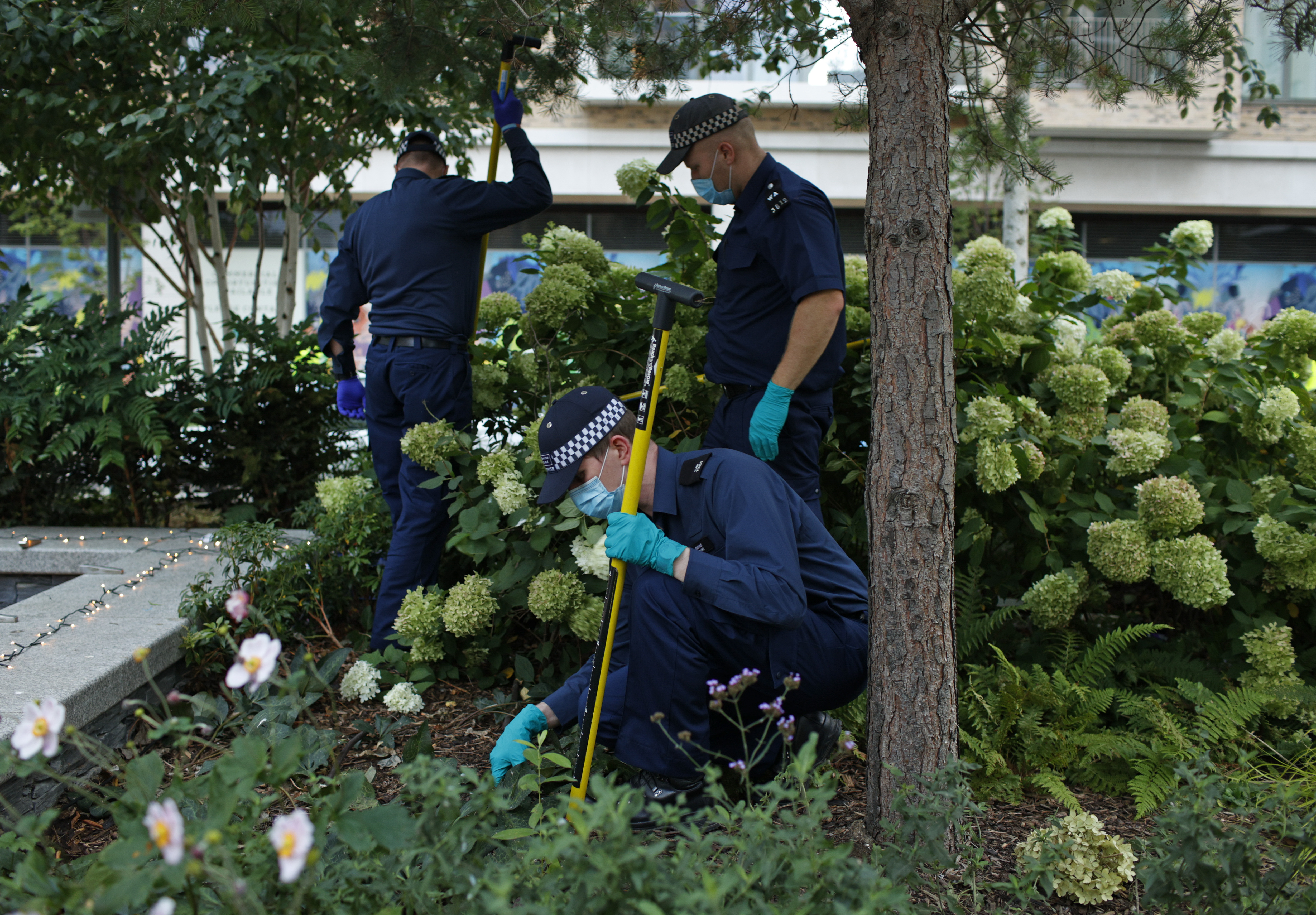 Police have been carrying out a fingertip search close to the murder sceneCredit: AP

Sabina was killed as she walked through Cator Park to meet an old pal for a first date on Friday, September 17.

A worker told The Telegraph the building site being searched was a “warren of open drains, piping and stacked up building materials.

On Friday, police with sticks combed the area around security fencing and a wall close to the construction site, which the suspect may have climbed over.

CCTV footage not yet released by police reportedly shows Sabina’s attacker hit her over the head with an object before carrying her over his shoulder towards the park where her body was found.

Cops are hunting a man who they believe was trying to hide a red item up his sleeve – as it could be the weapon used in the attack.

The Met is desperately searching for the suspect who was caught on CCTV at a nearby apartment block.

He was caught on CCTV pulling a hood over his head after walking by a block of flats in nearby Pegler Square soon after Sabina’s killing.

Police said he was carrying a “red reflective object, and possibly trying to conceal it up his sleeve”.

Cops also believe he had access to a silver car.

The suspect had a trimmed jawline beard and was wearing grey jogging bottoms.

Detectives urged people in Kent and London to check the CCTV footage to see if they recognise the suspect. 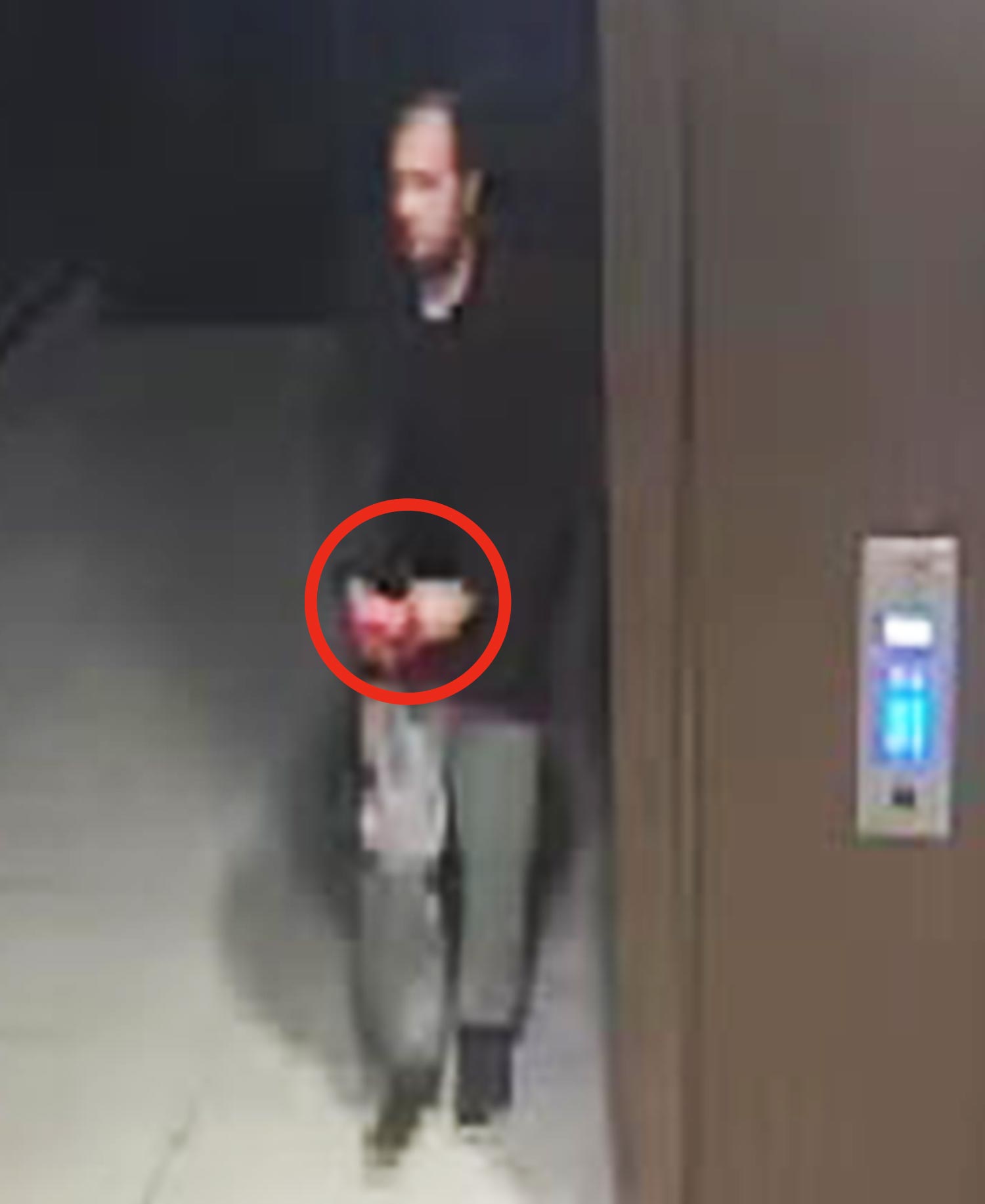 Meanwhile, drivers who were passing by near where Sabina was killed are being urged to check dashcam footage.

Cops believe her killer is likely to have been caught in the glare of car headlights.

Sabina’s body was found by a dog walker the following evening day covered in leaves near the OpenSpace community centre in Cator Park.

She was found just 200 yards from the home she’d lived in since June.

A post-mortem examination proved inconclusive over her cause of death.

While her disappearance wasn’t reported to police, friends said they became worried when they hadn’t heard from her by the Saturday. 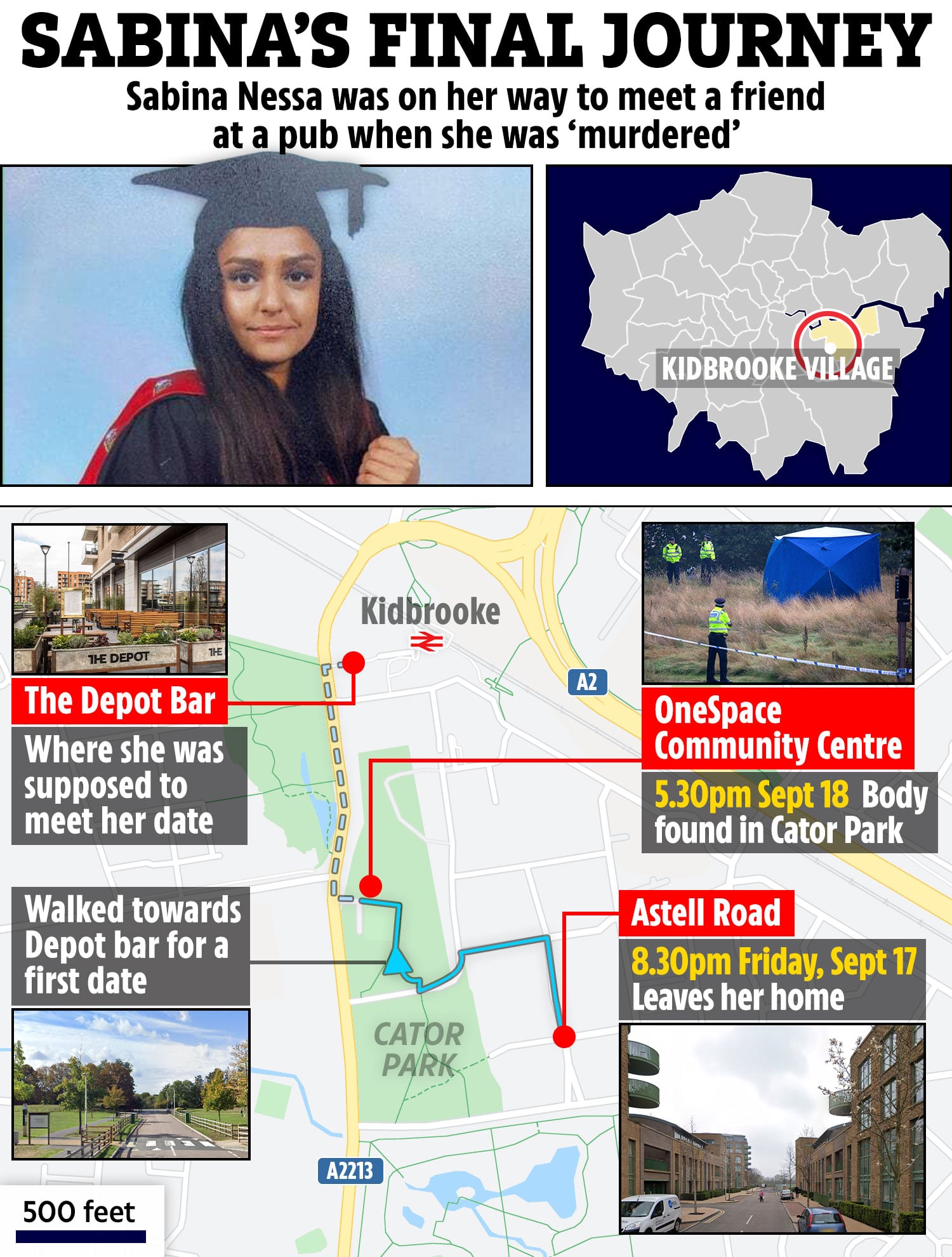 A teacher at Rushey Green Primary School, where Sabina told the Mail on Sunday: “The Year Two pupils, who Sabina taught last year in Year One will be the most upset, and their parents.

“It is hard for teachers to reassure children who are nervous about being at school for the first time, while they are putting on a brave face while consumed with grief themselves.”

On Friday night, hundreds of mourners gathered for a candlelight vigil, where Sabina’s sister, Jebina, broke down in tears as she paid an emotional tribute.

“We have lost an amazing, caring, beautiful sister, who left this world far too early,” she said.

Detective Chief Inspector Neil John, from the Metropolitan Police’s Specialist Crime Command, said: “I continue to appeal for any witnesses and anyone with information to contact police and share what they know.

“People in the Kidbrooke area last Friday may recall seeing this man carrying a red reflective object, and possibly trying to conceal it up his sleeve.

“If so, please call police.” 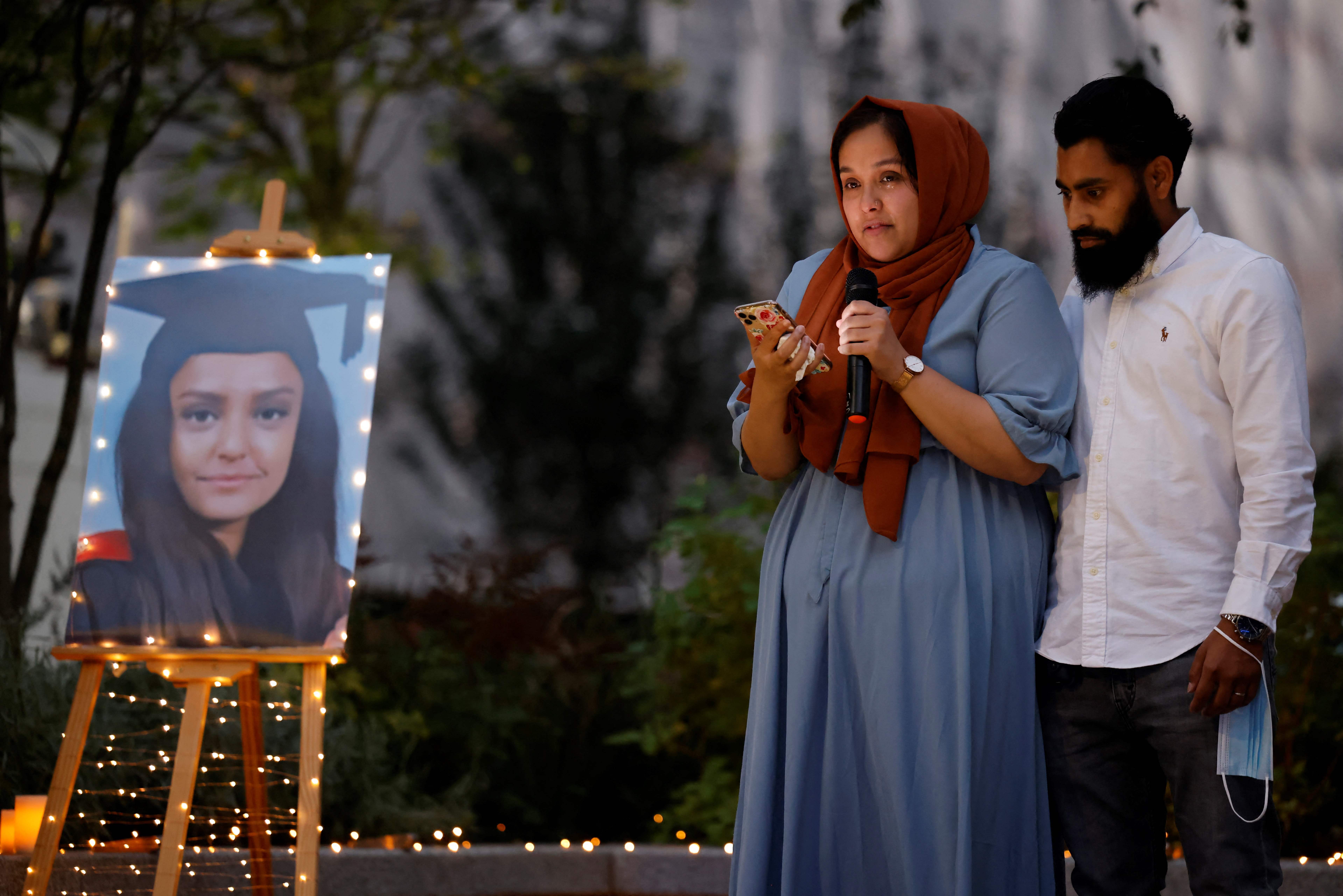 The primary school teacher was attacked and killed in a London park as she walked to a dateCredit: AFP 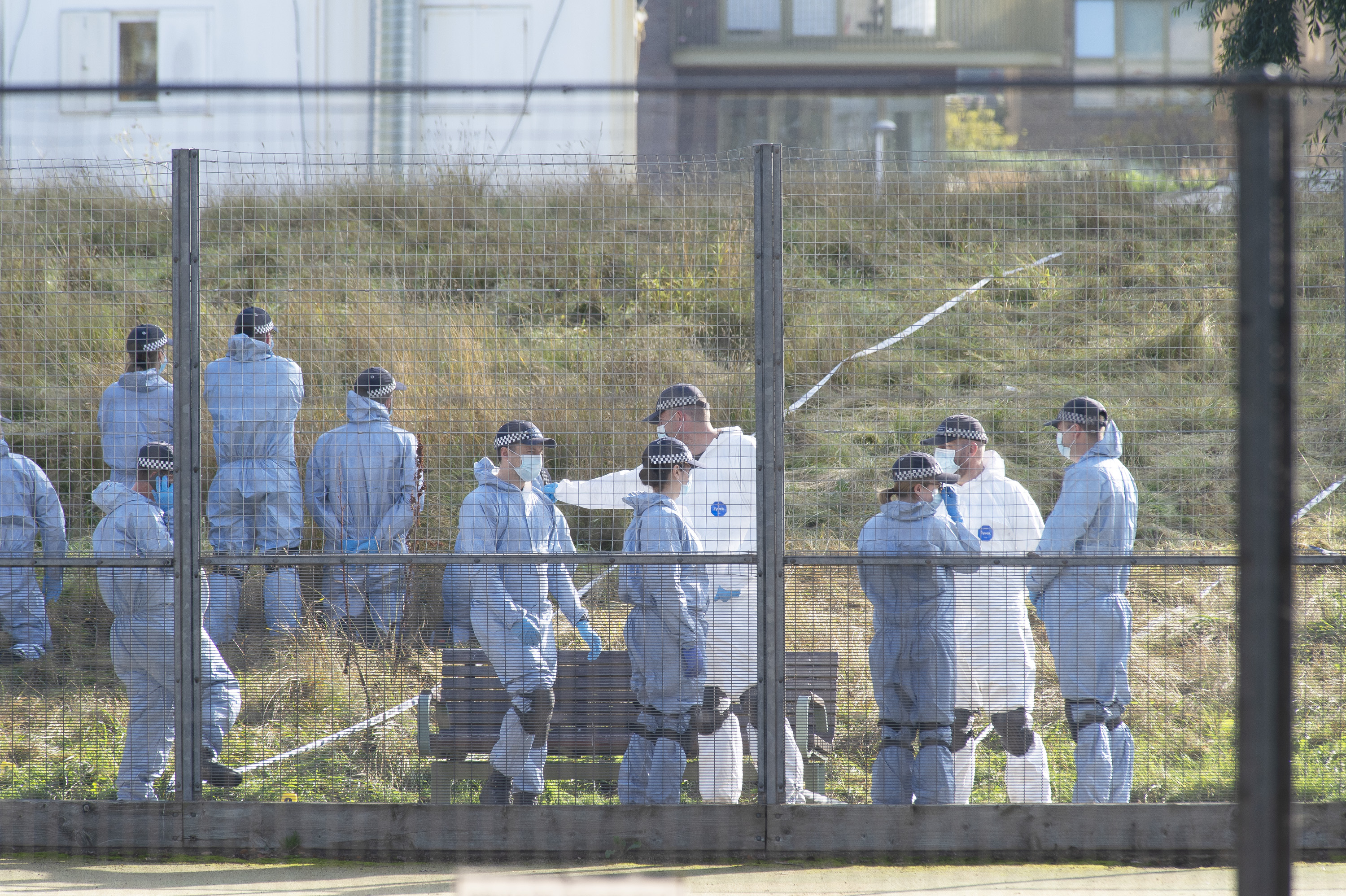 Detectives have carried out searches of the area close to the crime sceneCredit: LNP

“I will always be jealous of Nirvana’s ‘Nevermind'”