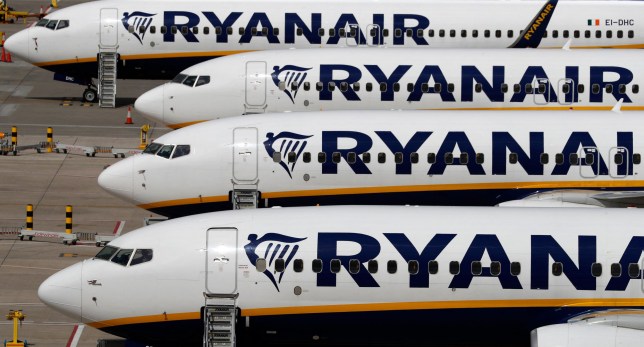 The budget airline is hoping to resume up to 70% of normal traffic volumes by summer (Picture: AFP)

Ryanair is set to drop its ticket prices over the next year to encourage travellers to get flying again after lockdown.

Chief executive of the budget airline, Michael O’Leary, said he is hopeful it can resume 60%-70% of normal traffic volumes this summer.

This is expected to rise to 80-90% in winter, with the airline hoping to fly more than 27 million people in the year to March.

He announced Ryanair will slash its fares for the next six to 12 months in the hopes of attracting customers to recover finances amid the pandemic.

The announcement comes as the airline reported another month of record low traffic for February, flying just half a million passengers – a stark contrast from the 10.5 million in the same month last year.

Mr O’Leary said the forecasted loss for the financial year was around €850 million (more than £735 million).

Speaking ahead of the chancellor’s budget announcement this afternoon, Mr O’Leary said the Government’s lack of support for airlines to help them get through the pandemic has been ‘lamentable’. 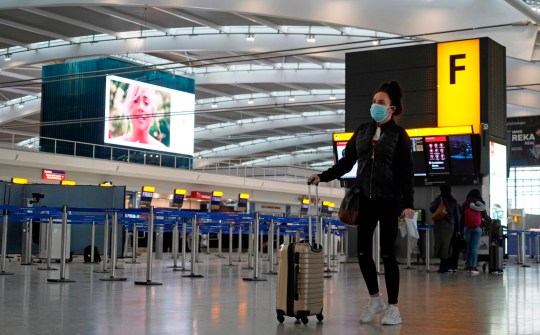 The airline hopes a cut in ticket prices will encourage travellers to get flying again when restrictions ease (Picture: AFP)

He told the Transport Select Committee today: ‘We had to refund over €1.5 billion (£1.3 billion) to customers in the last 12 months because our flights were cancelled by government order.

‘There has been no support for that. We have received no support.’

But he said he was ‘most critical’ of the Government for doing ‘nothing’ about Air Passenger Duty (APD) – the ‘ridiculous’ tax of £22 per departing travellers on flights from UK airports.

He said: ‘No effort has been made by the Government to roll that back, reduce it temporarily, or in fact what we would call for, abandon it altogether, at least until traffic at UK airports recovers to pre-pandemic levels.’

‘Rishi Sunak has done nothing about APD, which is the most egregious tax on air travel, because it is regressive and it hits the poorest people hardest,’ he added.

‘So there’s much more to be done on Government support.

‘The furlough scheme falls short of what needs to be done and it will be a very challenging and difficult return to normal operation or pre-Covid operation levels and profitability.’