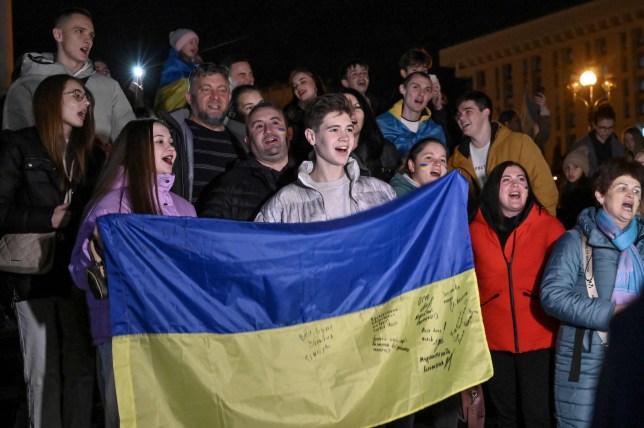 An adviser has said there is ‘panic’ in Russian ranks but also cautioned that the war is ‘far from over’ (Picture: Getty Images)

Russia’s withdrawal from a regional capital in the south of Ukraine brings ‘significant reputational damage’, defence experts have said.

Ukraine is in the process of retaking large areas of the Kherson region on the western bank of the Dnipro River, with its forces largely in control of the city itself.

In a statement, he said: ‘Russia’s announced withdrawal from Kherson marks another strategic failure for them. In February, Russia failed to take any of its major objectives except Kherson.

‘Now with that also being surrendered, ordinary people of Russia must surely ask themselves: “What was it all for?”

‘The Russian army has suffered a huge loss of life as a result of their illegal invasion and have only achieved international isolationism and humiliation. Ukraine will press on. 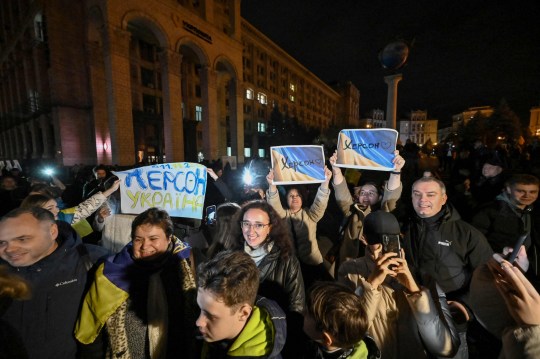 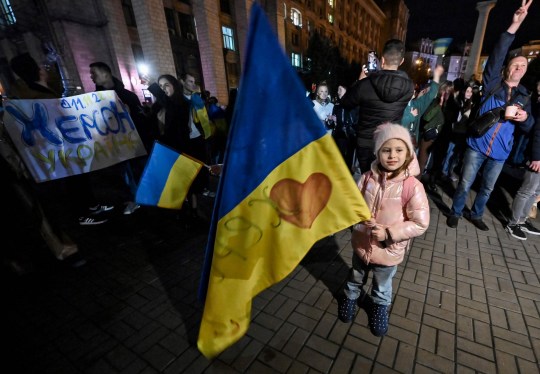 There were scenes of joy last night as Ukrainians celebrated the news (Picture: Getty)

‘The UK and the international community will continue to support them, and while the withdrawal is welcome, no one is going to underestimate the continuing threat posed by the Russian Federation.’

Although Ukraine is yet to officially claim the city is back in Ukrainian hands, President Volodymyr Zelensky said ‘life is returning’ to the region.

However, Russian forces still control about 70% of the wider Kherson region in the wake of the withdrawal.

The exit was formally announced on November 9, but the defence experts said it is likely it started as early as October 22. 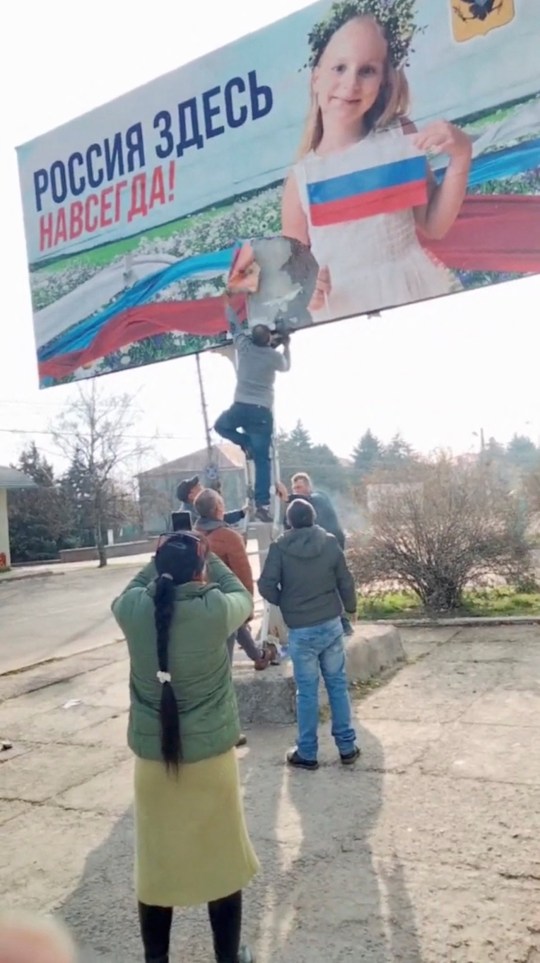 A man tears down a Russian billboard poster in Bilozerka, Kherson (Picture: Reuters)

In an intelligence update posted on social media, the UK Ministry of Defence (MoD) said Moscow’s troops had ‘highly likely’ destroyed road and rail bridges over the Dnipro River as part of their retreat.

‘There is a realistic possibility that Russian military equipment and forces in civilian attire had been evacuating in conjunction with the 80,000 stated evacuated civilians in recent weeks,’ they said.

The MoD said it is probable Moscow is still attempting to evacuate forces from other parts of the region across the river to defensible positions on the eastern bank.

‘Kherson was the only regional capital city captured since February by Russian forces so the withdrawal brings significant reputational damage,’ it said.

‘The withdrawal is a public recognition of the difficulties faced by Russian forces on the west bank of the Dnipro River.

‘It is likely that Ukraine has retaken large areas of Kherson oblast on the west bank of the Dnipro River, and that its forces are now largely in control of Kherson city itself.’

Meanwhile, an adviser to the Ukrainian defence minister has said there is ‘panic’ in the Russian ranks, but cautioned the war is ‘far from over’.

‘And we are confident that now Russians are beginning to believe that they will never be able to win this war.

‘But of course, this is a very important moment, but it is too early to relax… because this war is far from over.’

He added: ‘At the moment we are quietly optimistic. We are beginning to carry out stabilisation measures in Kherson but of course we understand that there are future battles which we will have to win.’

I cast a love spell and then met my dream man

Parents make their daughters ‘period boards’ to help with menstruation