The conflict shows no signs of weakening (Pictures: Getty/Rex)

With Russia’s invasion of Ukraine now in its tenth day and hopes of a ceasefire to evacuate civilians from two besieged cities quickly falling apart, the war shows little sign of weakening.

The country’s defence ministry was reported to have agreed on safe routes out of Mariupol in the southeast, as well as the eastern town of Volnovakha on Saturday. But within hours, Ukrainian President Volodymyr Zelensky’s office said the deal had been broken.

The struggle to enforce the ceasefire shows the fragility of efforts to stop fighting across the country as people continue to flee by the hundreds of thousands.

President Zelensky has called on Nato to impose a no-fly zone over Ukraine, warning Western leaders that ‘all the people who die from this day forward will also die because of you’.

But the defensive alliance has repeatedly refused to do so, over fears it would prompt an all-out war with nuclear-armed Russia.

Vladimir Putin has since said that Moscow will consider any third-party declaration of a Ukraine no-fly zone as ‘participation in the armed conflict’.

So, with the war showing no signs of abating, what possible scenarios could we see playing out over the weeks and months ahead?

Putin’s men have pummelled several cities with hundreds of missiles and heavy artillery.

Mariupol has borne the brunt of the onslaught, enduring days of relentless attacks which have left residents without water or power, but is understood to remain in Ukrainian hands.

The 40-mile convoy which looked to be bearing down on Kyiv has also made little progress over the past four days, suggesting Ukraine’s defences around the capital appear to be holding up.

‘That’s caused them so many problems,’ said one European source speaking to reporters on condition of anonymity. 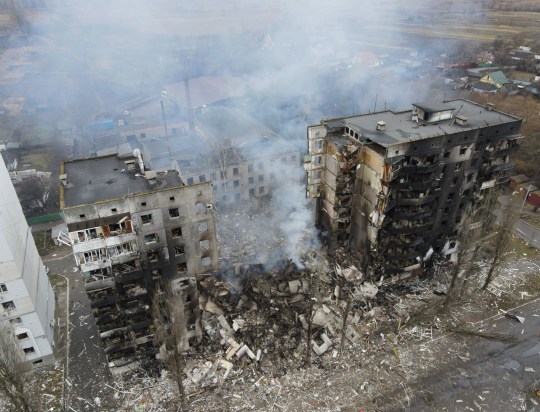 A residential building destroyed by shelling in the settlement of Borodyanka in the Kyiv region (Picture: Reuters) 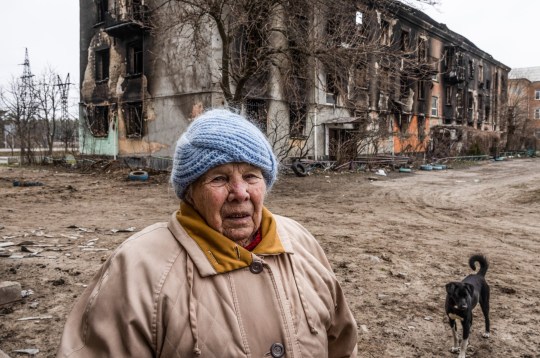 Burned out buildings in the town of Schastye (Picture: TASS via Getty Images) 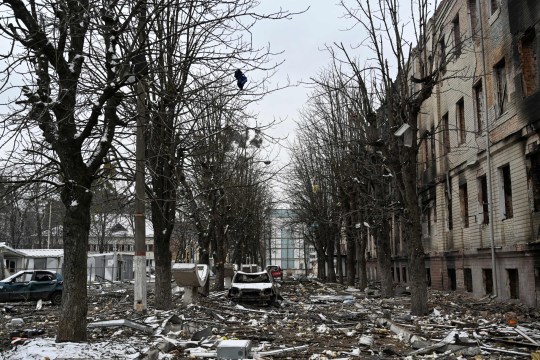 A military facility which was destroyed by recent shelling in the city of Brovary (Picture: AFP via Getty Images)

Ukraine’s defence minister said on Saturday that 66,224 men have returned home to defend their country.

Meanwhile, questions have been raised over the morale of Russian fighters and their logistical support.

Backed by Western intelligence and armed with anti-tank and surface-to-air missiles, the Ukrainian defence forces may be able to keep up the fight and eventually force some form of stalemate.

Putin toppled after his inner circle turns on him

Faced with huge casualties – Ukraine has claimed 10,000 Russian soldiers have been killed in the conflict so far – and crippling sanctions, members of Putin’s inner circle may conclude the war cannot be won at a reasonable cost.

Although unlikely, a palace coup could oust Putin from power. The country’s new leaders would then find themselves in a position to negotiate a truce and prepare a retreat. 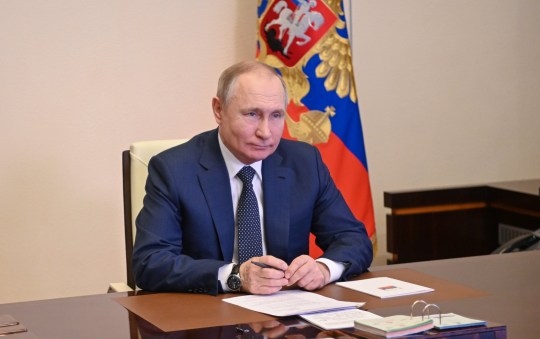 Could Putin’s decision to invade eventually be his downfall? (Picture: EPA)

Eliot A. Cohen, from the Center for Strategic and International Studies, a Washington-based think-tank, observed: ‘[Putin’s] personal security is very good and it will be very good until the moment it isn’t.

Despite more than a week’s worth of devastating artillery attacks, Emmanuel Macron concluded that ‘the worst is still to come’ after talking with Putin over the phone.

An aide to the French president told reporters that the Russian leader plans ‘to seize control of the whole of Ukraine’.

But questions remain over just how far Putin is willing to go, with reports claiming he has already committed war crimes by deploying cluster bombs and thermobaric weapons in residential areas.

According to some Kremlin watchers, the answer is much further.

Kadri Liik, a policy fellow at the European Council on Foreign Relations, told the Guardian: ‘I think it’s going to get worse.

‘For Putin, the incentive is to escalate. He has gone all in. I cannot see him modifying his war because that would be a loss in his eyes.’

The conflict spreads beyond Ukraine into neighbouring countries, fuelled by nostalgia for the Soviet Union

In the wake of World War II, Russia occupied swathes of central and Eastern Europe, but the collapse of the Soviet Union and expansion of Nato has fuelled security fears in Moscow.

Putin once called the collapse the ‘greatest geopolitical catastrophe of the 20th century’, and the aim of restoring its power and rebuilding Russia has been the main aim of his two decades in office.

He has branded Nato’s expansion ‘menacing’ and says the prospect of Ukraine becoming a member poses an existential threat to his country.

Russia has insisted it has no plans to move beyond Ukraine – although it previously pledged not to launch an invasion.

Karin von Hippel, a former non-political senior adviser at the US State Department during the Obama administration, told NBC Putin could potentially target non-Nato nations in Eastern Europe, such as Moldova and Georgia.

Were he to invade those countries, events would likely play out in a similar way to what we are seeing at the moment with Western allies sending military and non-military aid, but declining to engage in direct battle.

Few expect Putin to attack a Nato member, which holds the risk of triggering all-out – and nuclear – war, but other provocations are possible.

Bruno Tertrais, an analyst for the Montaigne Institute, a French think-tank, said: ‘Neutral Sweden is keeping a watchful eye on Russia’s intentions towards the Gotland Island in the Baltic Sea.

In June 2021, Putin and US President Joe Bidden held their first face-to-face meetings at a summit in Geneva where they agreed that ‘nuclear war cannot be won and must never be fought’.

But less than a year later, the Russian leader ordered his top defence and military officials to put nuclear forces in a ‘special regime of combat duty’ in response to economic sanctions. 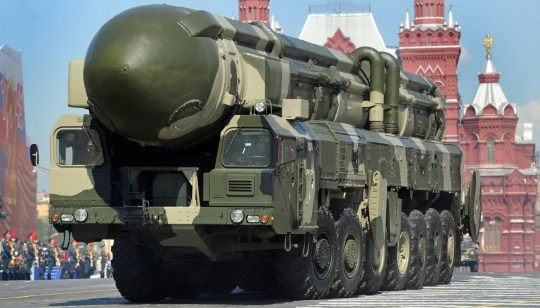 The US and Russia have the two largest nuclear arsenals in the world, by far. They include weapons that can be delivered by aircraft, submarine and land-based ballistic missiles.

For years, some American officials have worried that Putin, if faced with the prospect of losing a war in Europe, might resort to the use of nonstrategic nuclear weapons, thinking it would quickly bring the conflict to an end on his terms.

Who is on the judging panel for Starstruck on ITV?