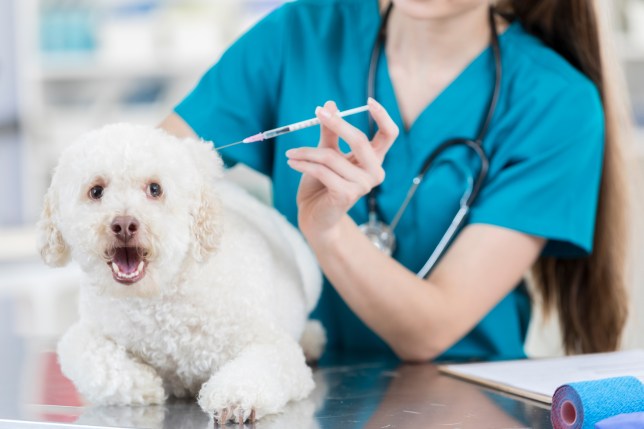 The vaccine has already been tested on dogs. (Credits: Getty Images)

Animals could soon be vaccinated from Covid-19, after Russia announced it had developed and registered the world’s first coronavirus vaccine for animals.

Aiming for mass production of the jab by April, the Russian agriculture oversight agency Rosselkhoznadzor says it is an important step to disrupt mutations.

It adds that the vaccine, Carnivak-Cov, has been in testing since the beginning of October, and has proven to be effective on dogs, cats, mink and foxes so far.

‘All test animals that were vaccinated developed antibodies to coronavirus in 100 percent of cases,’ said deputy head of Rosselkhoznadzor Konstantin Savenkov.

‘It is the world’s first and only product for preventing Covid-19 in animals,’ said Savenkov.

‘The use of the vaccine, according to Russian scientists, can prevent the development of virus mutations,’ the statement added.

The shot development comes after Denmark were forced to cull 15 million mink last year, when the animals were found to be carrying a mutant Covid variant.

Earlier this year, experts from the University of East Anglia (UEA), Norwich-based research facility the Earlham Institute, and University of Minnesota wrote in the Virulence journal that continued evolution of the virus in animals followed by transmission to humans ‘poses a significant long-term risk to public health’.

‘It is not unthinkable that vaccination of some domesticated animal species might… be necessary to curb the spread of the infection,’ they said. 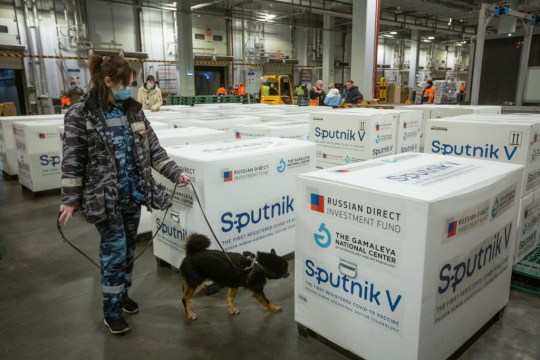 Russian military dogs will be vaccinated this week. (Photo: Getty)

Cock van Oosterhout, professor of evolutionary genetics at UEA, said dogs and cats can contract Covid-19 but that there are no known cases in which there has been spillback to humans.

‘It makes sense to develop vaccines for pets, for domestic animals, just as a precaution to reduce this risk,’ he said.

‘What we need to be as a human society, we really need to be prepared for any eventuality when it comes to Covid-19.

‘I think the best way to do this is indeed consider development of vaccines for animals as well.

Animal breeders and private companies from Greece, Poland, Austria, the US, Canada and Singapore have explored purchasing Carnivak-Cov, according to the Russian agency.

Russian military officials plan to vaccinate army dogs located in Saint Petersburg, before being deployed at airports later this week.

Russia’s state-developed vaccine Sputnik V had drawn preliminary scepticism when it was first announced due to a lack ot transparent test data, but the vaccine’s apparent results and cheap price has led to it becoming popular with poorer countries.

The Lancet, a top medical journal, has since confirmed Sputnik V to be safe and more than 90 percent effective, though the vaccine still has yet to be approved in the UK or EU.