A ROYAL Navy captain who had sex with a drunk cadet after she was sick over a pub table has been cleared of rape.

Lieutenant Rhys Christie was found not guilty of five counts of rape after he was alleged to have ‘pounced on the vulnerability’ of a young woman following two Navy nights out. 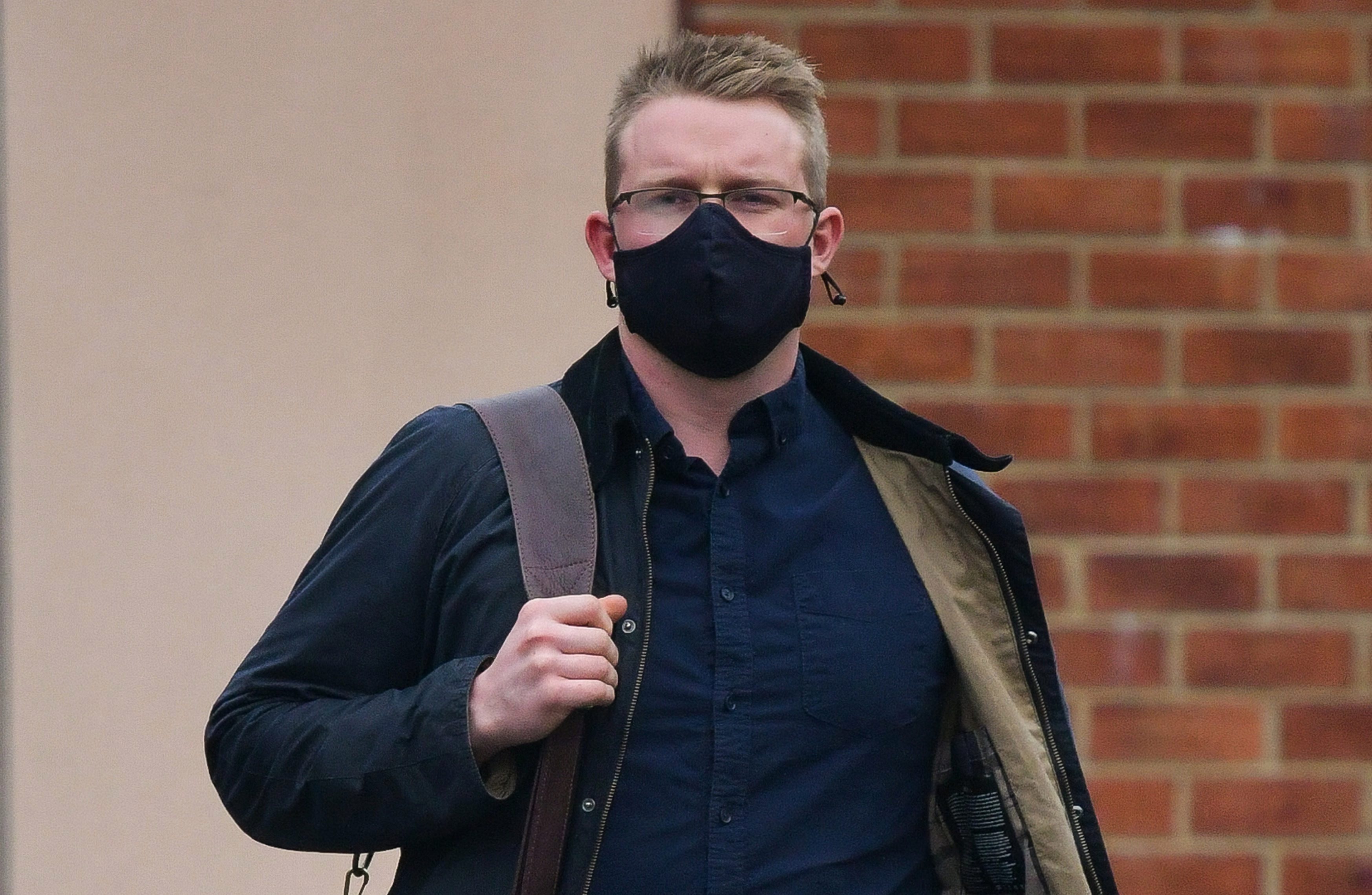 Lieutenant Rhys Christie, who had a partner at the time, sobbed in court as he was clearedCredit: Solent News

A military court heard the 18 year old cadet – who was bought drinks by Christie – vomited in a pub on one occasion and claimed she had ‘no memory’ of events on either night until she awoke in Lt Christie’s hotel room.

But the Navy officer told the court she was always a willing participant in all sexual activities between them, adding she had indicated her consent by way of a ‘wry smile’ and ‘giving me the eye’.

Today at Bulford Military Court, Wilts, the 29year old, who at the time was commanding officer of Edinburgh-based HMS Archer, was cleared of all charges following a three day trial.

Lt Christie, who is understood to have had a partner at the time, breathed a sigh of relief and wept as the board returned not guilty verdicts on each of the five counts after 11 hours of deliberation.

Though Lt Christie admitted he ‘abused his power’ by sleeping with the cadet, he had denied raping her following the nights out in Eyemouth, Scotland, and Ramsgate, Kent.

Between the two incidents, the pair had consensual sex, the panel were told.

Referring to the first incident in Eyemouth, Lt Christie told the trial: “We were sat next to each other, it wasn’t so much playing footsies, it was more her calf rubbing against my calf.

“I bought a round of drinks for everyone and I also bought an additional shot of Sourz for everyone.

“It came out the blue, her being sick. We were all taken aback by it, it wasn’t like she deteriorated throughout the evening.

“She got on to her feet, took herself to the bathroom. She wasn’t stumbling or falling over, she was a bit shaken.”

He said she was ‘drunk’ but ‘wasn’t unsteady, she wasn’t slurring her words. She wasn’t outwardly drunk’.

Lt Christie said she tried to kiss him in the pub toilet after he brought her a glass of water, to which he said ‘no, not here’.

Then outside the pub he asked her “are we going back to the hotel?” to which he said she gave a “wry smile”.

Lt Christie said they had ‘no difficulty’ getting back to his hotel room and that although she didn’t explicitly give consent to sex he had “no concerns about her willingness” because she “gave me the eye”.

Referring to the second incident in Ramsgate, Kent, Lt Christie told police that the teenager was ‘fairly sober’ and rated her a three or four out of ten on a scale of drunkenness.

He told the court: “She was willing, pulling me in to her when we were kissing. It was a mutual interaction.”

Ellie Fargin, defending, said: “She was not physically taken [to the hotel rooms]. She walked independently, on her own, off in that direction.”

She claimed the report of rape had been made because the cadet felt ’embarrassed’ when people later found out.

Cross-examining the cadet, Ms Fargin said: “You were embarrassed about having been with [Lt Christie].

“You did have consensual relations with Rhys Christie and you are now trying to suggest it was something other than that to cover up your embarrassment.

“This had all got out of hand, people starting rumours, your family were finding out and you felt you had to try to level accusations.”