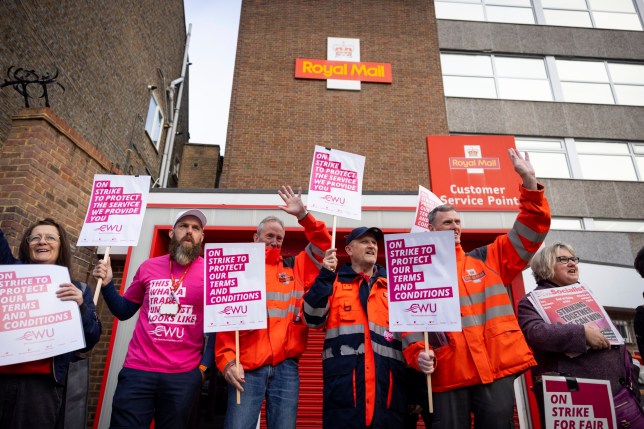 More Royal Mail strikes are on the way (Picture: EPA)

The past few months have seen industrial action taken by unions across multiple sectors over pay and conditions. Railway workers, bin collectors, barristers, and more have been striking, with many citing insufficient pay rises when factoring in the rising cost of living as the cause.

Members of the Communication Workers Union (representing many Royal Mail workers) are set to hold a series of 19 fresh strikes in the run-up to Christmas meaning postal services will be affected on strike dates.

The move was announced in response to Royal Mail’s ‘threat to push ahead with vicious cuts to workers terms and conditions and completely sideline the union’.

Unless an agreement is reached, the nationwide action will have a ‘dramatic’ impact on peak mail periods such as Black Friday, Cyber Monday and the Christmas build-up.

Royal Mail has said that it is doing everything it can to minimise disruption on strike dates but although it has ‘well-developed contingency plans’, it won’t be possible for them to ‘fully replace the daily efforts of its frontline workforce.’

They also promise to increase capacity in the days following strikes to help deal with disruption. 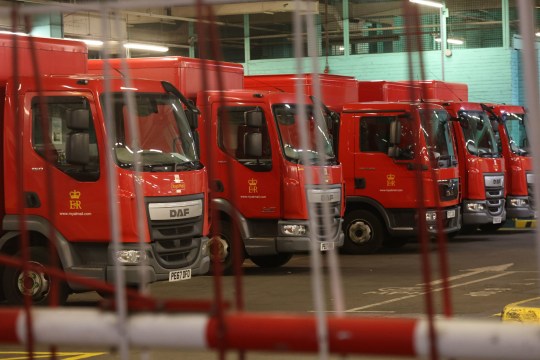 Royal Mail vans parked at a depot as postal workers from the Communication Workers Union (CWU) are on the picket line (Picture: James Manning/PA Wire)

While most branches will remain open on strike days, some Post Office services may also be affected.

So, when are the strike dates and what could face disruption?

Here’s everything you need to know about the upcoming strikes.

When are the CWU strike dates?

The next strike is due to take place on Thursday November 24. 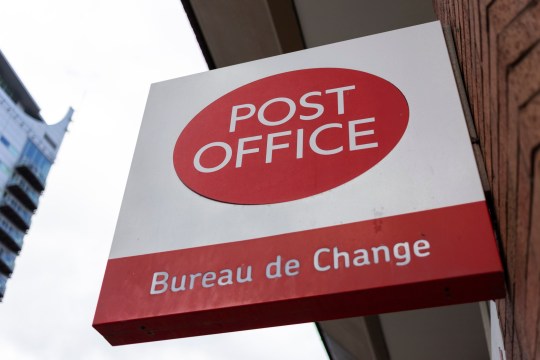 Some Post Offices may be affected (Picture: Getty Images)

There will then be more strikes the following day -November 25 – which coincides with Black Friday.

The full list of Royal Mail strike dates is listed below.

Will post offices be open during the strike action?

The majority of post offices should be open during the CWU strikes. A minority were affected by a separate strike by CWU workers within Post Office ltd on August 26 and 27. 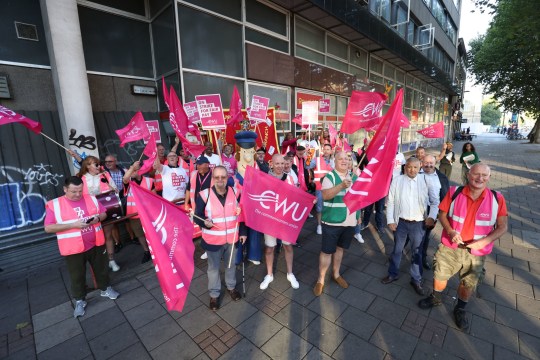 What post office services will be affected by strike action?

The Post Office has warned that posting letters and parcels, Drop & Go, Travel money, Banking (cheque deposits), and some identity services (e.g. paper form passport check and send) may be affected by strike action. Full information is available on the post office website and on the Royal Mail’s latest news.

Royal Mail and ParcelForce Worldwide collections will face delays and some post office branches may not be able to accept mail on days of industrial action if they reach their acceptance capacity.

If ordering travel money online the day before or the day of strike action, it will not be available for branch collection or home delivery the next working day, and the stock of foreign currency may be low.

They advise customers to order travel money two or three days in advance or four or five days for Travel Money Cards.

While cheque deposits can take place as usual, there may be a delay in it reaching your account.

While Passport Check & Send services may be subject to delays in reaching their destination, it shouldn’t affect the date you receive your passport.

However, The delivery of biometric residence permits to post office branches may be subject to delays.

What other Royal Mail services will be affected by the strike?

Several Royal Mail services will be disrupted during the strikes, and any item posted before, on, or in the days after strike action may be subject to delay. They will also be unable to deliver letters on strike dates, apart from Special Delivery post. 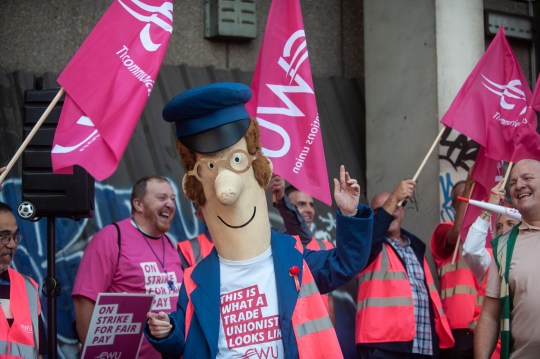 Royal Mail has promised to deliver as many Special Delivery or Tracked24 parcels as possible. However, they cannot guarantee delivery of all items by 9am or 1pm the next day and are suspending the next-day guarantee. Customers will not be able to claim compensation for delays caused by strikes.

Wherever possible, Royal Mail will also prioritise the delivery of medical prescriptions.

Although Royal Mail says customers can continue to post items at Postboxes or Post Offices, collections will be less frequent on days when strike action is due. As such, they are urging anyone looking to use post items to do it as early as possible in advance of the strike dates.

The Royal Mail also state that Delivery Offices and Customer Service Points will be closed on days when CWU strike action occurs.