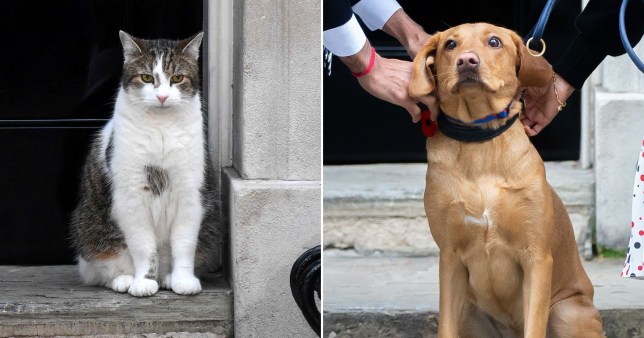 It is unclear if Larry and Nova get on (Picture: Getty/Rex)

Downing Street’s new dog appears to be settling nicely into life at Number 10 – and has even been given a Remembrance collar.

Larry the cat, however, was conspicuous by his absence – and it is unclear what sort of relationship the pair enjoy.

They are likely to have met before, since this is not Nova’s first time sharing Downing Street with the chief mouser – having previously moved into Number 11 when Mr Sunak was chancellor.

After a brief stint away, he has now outlasted Dilyn – Boris and Carrie Johnson’s dog – but could face being ousted by Bear the hamster, if Labour’s Keir Starmer takes office.

Nova’s appearance on the steps of Number 10 came as his multi-millionaire owner was photographed taking out a number of notes and pushing them into the donation tin.

He then exchanged poppies with his wife Akshata Murty, next to volunteers from the Royal British Legion volunteers, before putting the collar on Nova, at around 9am. 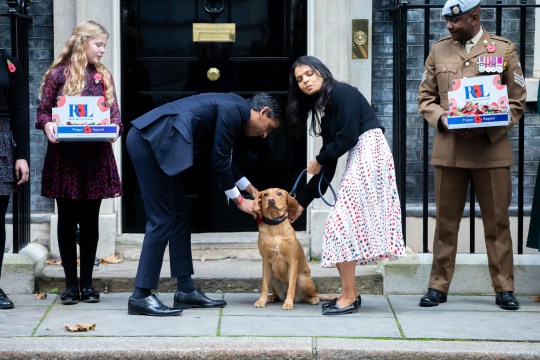 The Prime Minister with his wife Akshata Murthy and Nova (Picture: Shutterstock) 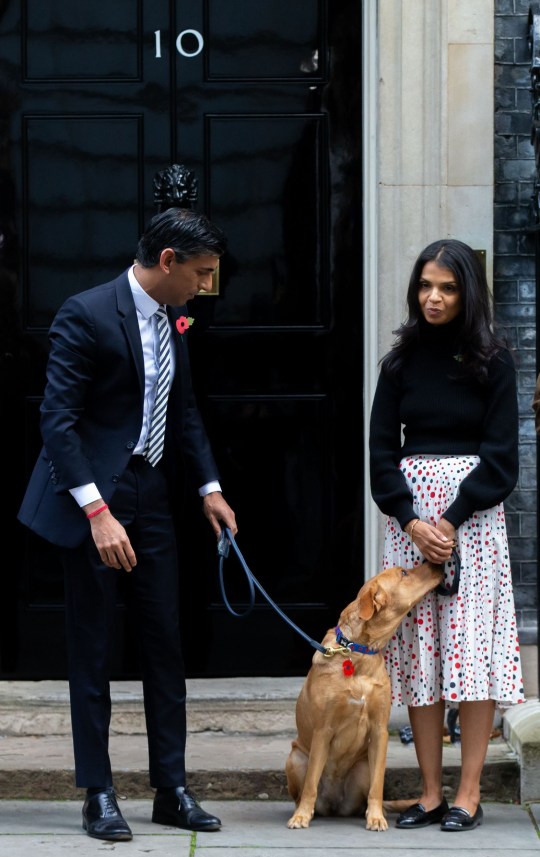 The well-behaved pup got a treat from the PM before having the extra collar put on him.

World leaders have a long tradition of bringing pets into high office, with Sir Winston Churchill doting on Rufus the poodle.

The PM tweeted earlier: ‘There is no greater sacrifice than that of those who lay down their lives in service of their country.

‘So during this year’s #PoppyAppeal, please give generously to honour our veterans – past and present – and those who continue to protect us today.’

Girl, 14, fighting for life after two teenagers hit by a bus in London