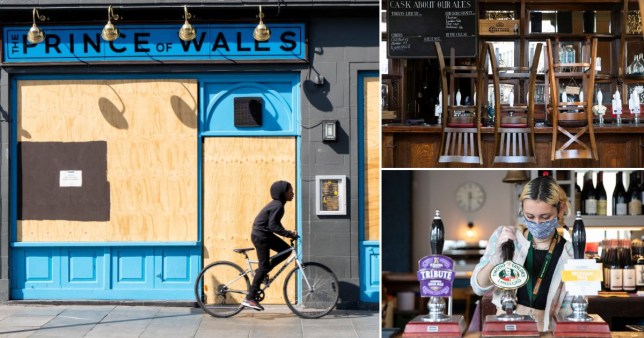 Rishi set to extend VAT cut on pubs and restaurants until at least June (Picture: Getty)

Pubs and restaurants can rejoice as VAT cuts are expected to be extended in the upcoming Budget that will be announced by the Chancellor this Wednesday.

Rishi Sunak will continue the tax relief until at least June as part of the pandemic package, The Sun reports.

The measures are being taken to protect businesses during the pandemic and pave the way for a ‘strong, jobs-led recovery’, Boris Johnson said. The news comes after Jodie Kidd, ex-supermodel and pub landlord, pleaded to Sunak for support.

The 42-year-old, who owns the Half Moon pub in Kirdford, is supporting the Long Live The Local campaign, which asks the Government to cut beer duty. So-far it has been signed by nearly 500,000 people.

The Chancellor will be hoping his measures reassure pub and restaurant owners. He told Times Radio: ‘It’s because I care about that industry and the people who work in it that I want to try and do what I can for those jobs.’

The hospitality industry will be looking forward to April 12, when outdoor service is allowed to resume under Johnson’s lockdown exit plan. 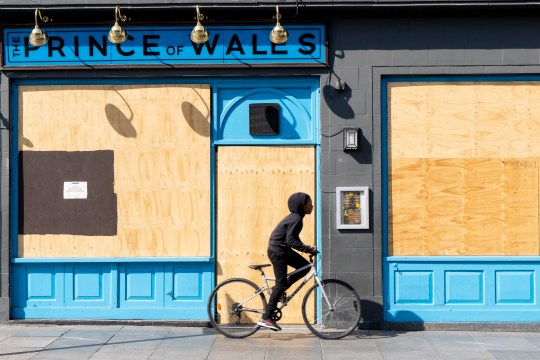 The boarded up Prince of Wales pub in Brixton will look to restart outdoor hospitality on April 12 (Picture: Getty)

It comes as Sunak also indicated he will be extending emergency support packages like the furlough scheme, due to expire at the end of April, as lockdown measures ease up in the coming months.

But the Chancellor still remains under pressure to provide further support to other sectors. Northern Tories are calling for him to back high streets by permanently reducing business rates for retailers.

Forty-five MPs from the Northern Research Group (NRG) called for an extension of the business rates holiday to be followed by ‘fundamental reform’ after the pandemic.

While Commons Women and Equalities Select Committee chairwoman Caroline Nokes is among those asking for the Chancellor to cut VAT for hair and beauty salons and extend the business rates holiday to the end of the pandemic. 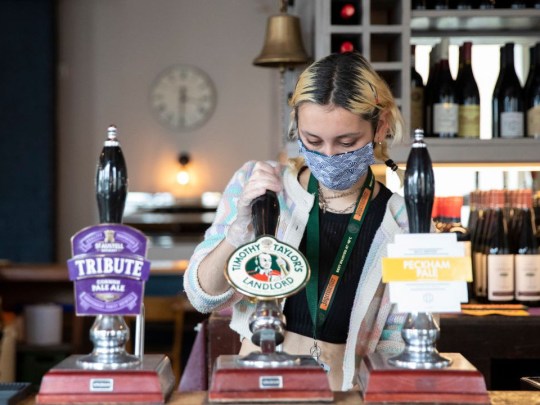 Rishi said: ‘It’s because I care about that industry and the people who work in it that I want to try and do what I can for those jobs.’ (Picture: Getty)

The full details of the budget will be announced on March 3 at around 12.30pm, after Prime Minister’s Questions in the House of Commons.