RESIDENTS in Northamptonshire are living in fear after mysterious chalk markings were left on houses in the area.

The worried locals said they are ‘petrified’ because the markings are usually associated with burglaries and have also been related to dog thefts in the last six months. 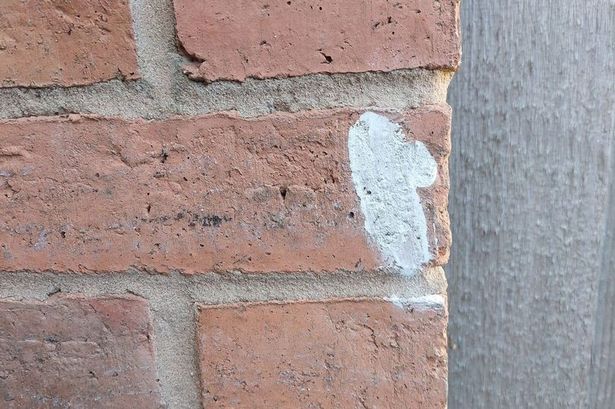 The mysterious markings appeared on homes after a visit from a fake energy salesmanCredit: Northants live news

A number of houses in Desborough, Northants, had the ominous marks left on their walls.

Panicked locals told The Mirror that they fear it could be linked to a fake energy salesman some have seen in the area.

Resident Gemma Smallbones says she discovered the chalk marking after answering the door to a man, who claimed to be from the energy supplier Utilita.

Later finding chalk outside her home, she was left “petrified”.

A Utilita spokesperson confirmed that they had not sent a representative door-to-door.

Gemma said of the incident: “He was telling me that I was paying too much electric on my pay as you go meter.

“I told him that I don’t have pay as you go and I pay monthly, then he seemed to be in a rush to go.

“He was acting strangely, stood really close to the pane of glass in my front door like he was looking through it, he didn’t step back when I opened the door.”

She added: “He made me feel uncomfortable so I just wanted to get rid of him.

“When he had gone I checked outside and found the chalk marking and this made me feel petrified for my family and my dogs – obviously, we had been targeted for something but we don’t know what.

“There are lots of other people who had the same person come to their house in the area but only three of us had markings that I know of.

“One of them said her neighbour had CCTV of two men and it wasn’t the man that came to my address. But they could be working in gangs.”

Desborough local Kristy Clayforth-Lee also noticed the white markings on both her door and fence when she returned from the school run.

“I have no idea when the markings were put up, but it was yesterday at 2:30pm I saw a dodgy bloke hanging around the back of the houses,” she said.

“I saw a man acting suspiciously wearing black trousers and a black sweatshirt wearing a lanyard and holding something. He had no business being at the rear of the properties, if he was genuine he would be knocking on the front door!

“Also, he avoided looking at me and turned to the side when I tried to get a good look at him at the end of the drive, but I did take note that he wasn’t a young man.”

Not one to do things by halves, the salesman also knocked on Desborough resident Sarah Sharpe’s door. 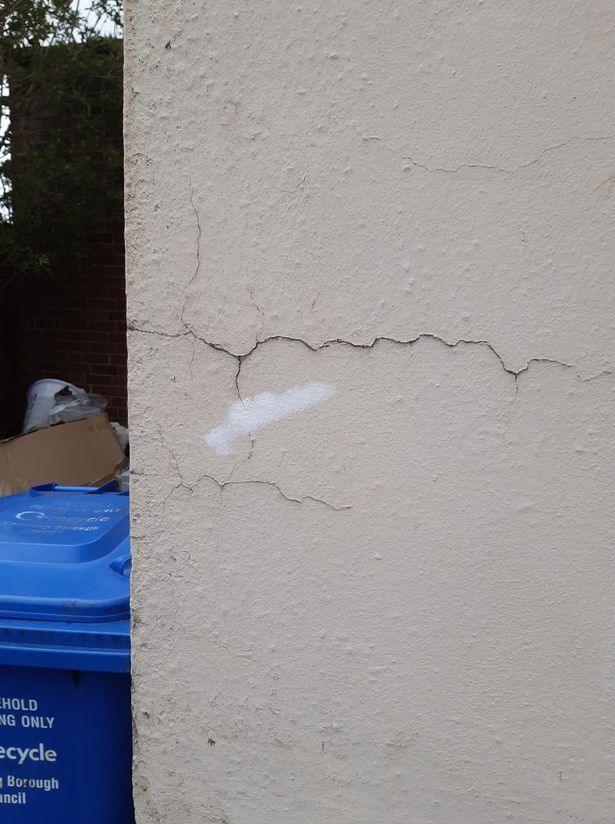 Three homes in the area have been marked in this mannerCredit: Northants live news

Sarah said: “He says he’s from Utilita. He was very persistent and would not leave when I told him I had to leave to take my son to nursery. He then came back twice even though I said I wasn’t interested.”

The origin of the markings remains unexplained as no locals saw them being made.

While could be a number of explanations for the white marks, residents believe the fake Utilita salesmen and the markings are potentially linked.

Northamptonshire Police said: “We gave crime prevention advice and asked the caller to call us again if they see the same people in the area again.

“We would advise the same to anyone who notices suspicious activity in their area and to ensure that their houses are left safe and secure at all times.”

A spokesperson from Utilita said: “We are not aware of anyone pretending to be Utilita salesmen in that area. We did however receive reports of someone saying they were from Utility Point.

“What we would say is that customers should remain vigilant. There are rogue traders who pretend to be energy salesmen, sadly it happens a lot in this industry.

“All Utilita salesmen and engineers have identification cards so if they don’t have that, you know they’re not legitimate. If you are suspicious of someone who comes to your door, don’t give them any personal information, just say no thank you, close the door, and report them.”