Dramatic pictures show the charred remains of a US helicopter after a counterterrorism mission targeted the leader of the Islamic State militant group.

Abu Ibrahim al-Hashimi al-Qurayshi died by exploding a bomb that killed himself and members of his family as US forces approached.

The helicopter was abandoned after suffering a mechanical problem and was later destroyed in a US air strike.

Birds-eye images show it in pieces following the blast in northwestern Syria on Thursday morning.

At least 13 people were left dead including six children and four women. All Americans involved in the operation returned safely.

It was the largest raid on Idlib province since the 2019 US assault targeting the Islamic State leader Abu Bakr al-Baghdadi. 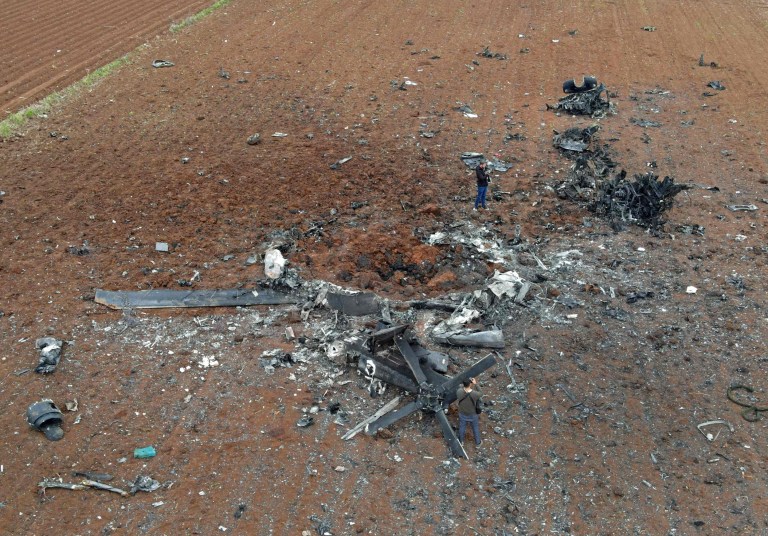 An aerial view taken on February 3, 2022 in the village of Jindayris (Picture: AFP via Getty Images) 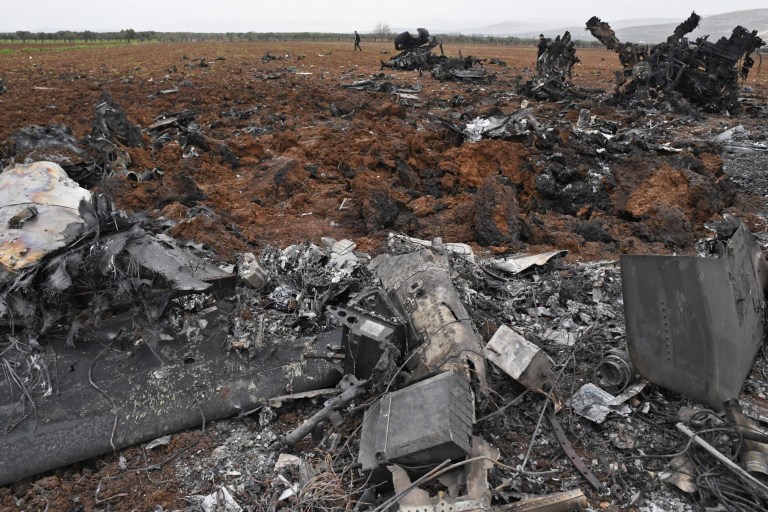 The helicopter was abandoned after suffering a mechanical problem (Picture: AFP via Getty Images)

President Joe Biden said in a statement that he ordered the raid to ‘protect the American people and our allies, and make the world a safer place’.

‘Thanks to the skill and bravery of our armed forces, we have taken off the battlefield Abu Ibrahim al-Hashimi al-Qurayshi – the leader of Isis’, the US leader said in a statement.

Pentagon press secretary John Kirby added: ‘The mission was successful. There were no US casualties.’

The Observatory said the troops landed in helicopters. Residents and activists described witnessing a large ground assault, with US forces using megaphones urging women and children to leave the area.

Omar Saleh, a nearby resident, said he was asleep when his doors and windows started to rattle to the sound of low-flying aircraft at 1.10am local time. 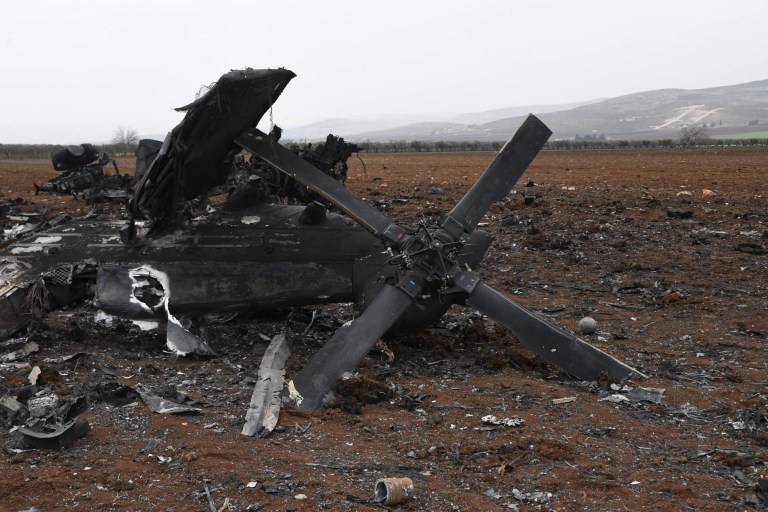 All Americans involved in the operation returned safely (Picture: AFP via Getty Images) 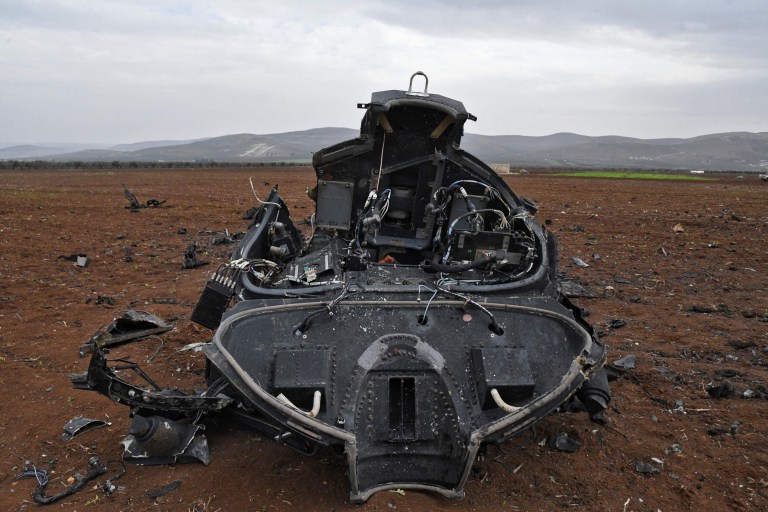 The US blew up their own helicopter (Picture: AFP via Getty Images)

He ran to open the windows with the lights off, and saw three helicopters. He then heard a man, speaking Arabic with an Iraqi or Saudi accent through a loudspeaker, urging women to surrender or leave the area.

‘This went on for 45 minutes. There was no response. Then the machine gunfire erupted’ Mr Saleh said. He said the firing continued for two hours, as aircraft circled low over the area.