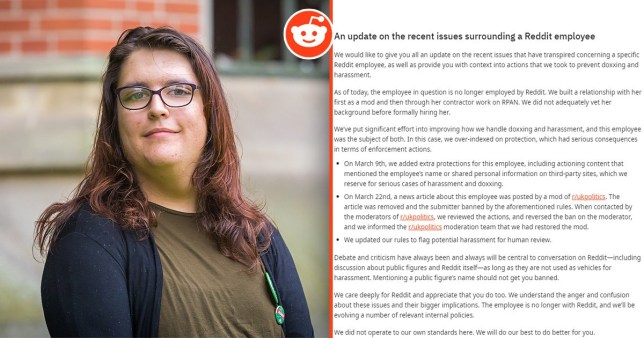 CEO Steve Huffman, posting under his username spez, wrote this evening: ‘We did not adequately vet her background before formally hiring her.’ (Picture: Reddt)

An admin who became the centre of protests on the internet forum Reddit is no longer working for the site.

Many users criticised Reddit for the decision to continue to employ Aimee Knight, better known by her maiden name Challenor.

CEO Steve Huffman, posting under his username spez, wrote on Wednesday evening: ‘We did not adequately vet her background before formally hiring her.

‘We did not operate to our own standards here. We will do our best to do better for you.’

Ms Challenor is a former Green Party politician. She was suspended by the party after appointing her father as campaign manger in her bid to become deputy leader of the party, after he had been charged with raping a girl, 10. He was later convicted and sentenced to 22 years in prison.

In 2019, she was also suspended by the Liberal Democrats in connection with Twitter posts her fiance was alleged to have made disclosing fantasies of child abuse. Ms Challenor claimed at that time that his account had been hacked and said she condemned the posts. 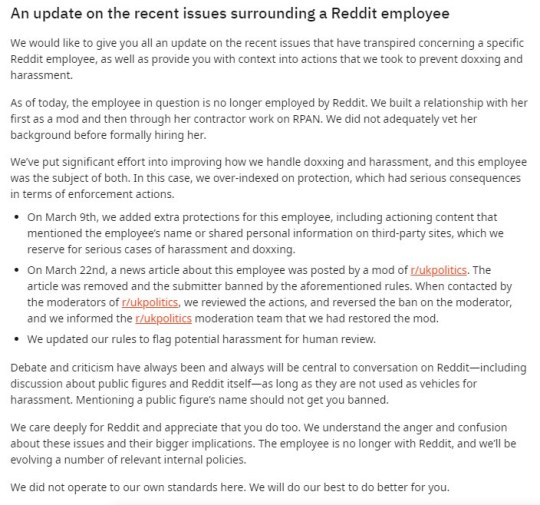 In the lengthy announcement, Mr Huffman said that she had worked first as a moderator with the site, and ‘then through her contractor work on RPAN [the streaming service Reddit Public Access Network]’ before being formally hired as an employee.

The controversy surrounded allegations of censorship after a moderator of r/ukpolitics was banned for sharing a Spectator article which mentioned her in passing.

They were reinstated yesterday, however it sparked an outpouring of protest over the hiring itself with dozens of popular subreddits including r/amitheasshole and r/music going private.

Mr Huffman said: ‘We care deeply for Reddit and appreciate that you do too. We understand the anger and confusion about these issues and their bigger implications.

‘The employee is no longer with Reddit, and we’ll be evolving a number of relevant internal policies.’ 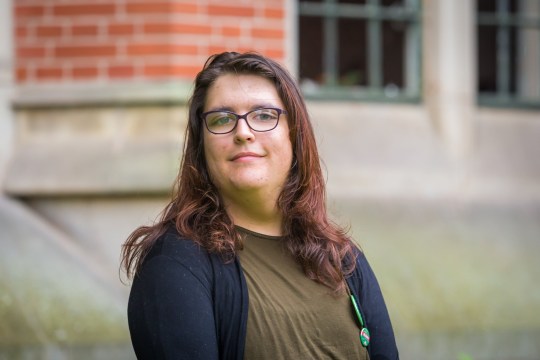 Aimee Challenor appointed her father as campaign manager in her bid to become deputy leader of the Green Party (Picture: Peter Lopeman)

Giving a timeline of the issue, he said: ‘We’ve put significant effort into improving how we handle doxxing and harassment, and this employee was the subject of both. In this case, we over-indexed on protection, which had serious consequences in terms of enforcement actions.’

There were thousands of responses to the announcement.

One user asked: ‘Since your vetting process is clearly flawed, will you go back and re-vet all Reddit admins and mods who are already onboard, in addition to those future ones incoming?’

Another person, referring to the timeline given, asked: ‘So you knew about this for WEEKS and decided to keep them until it got big enough? Crazy.’

Echoing this, another asked: ‘Wait, so you knew about all this s**t on the 9th and did nothing?’

‘We are eager to hear what additional checks, balances and safeguarding measures will be put in place going forwards to ensure that this situation does not happen again. Redditors, moderators, subreddits and administrators should be protected against harassment in equal measure.

‘We remain concerned that some of these issues have not yet been fully addressed.

‘We respect that new policies cannot be put in place overnight – but equally, these policies should have been in place years ago.

‘Normal service will be resumed on r/ukpolitics over the course of the next 24 hours.’

Moderators of the r/PokemonGo subforum, one of those which had been made private, wrote: ‘This evening Reddit issued a statement and update on the situation.

‘The moderators here felt this is adequate grounds to reopen the subreddit to all users. We apologise again for the downtime but thank you all so much for your understanding and messages of support that we received throughout this blackout.’

Moderators of r/Apple also said they would also unlock posts, adding: ‘We want to thank everyone for their understanding and for their support over the past day.’

Other popular forums such as r/music and r/fitness were also public again this evening.