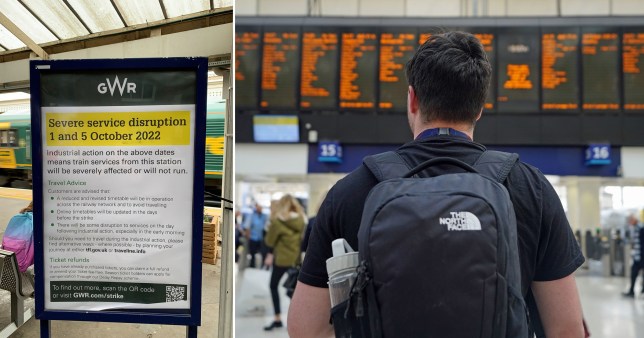 The latest walk-out in a long-running dispute over pay and conditions is taking place today (Picture: Rex)

Yet another crippling rail strike will bring the network to its knees today – and there’s two more to come this week.

All four trade unions representing workers in the industry will walk out today in a bitter dispute over pay and conditions.

It’s the latest in a campaign of industrial action and with all four unions coordinating on the same day, it’s expected to be the worse yet.

Some parts of the country will be entirely without train travel and all passengers are being advised to stay away.

The Rail, Maritime and Transport union (RMT), Aslef, Unite and the Transport Salaried Staffs’ Association (TSSA) are all taking part.

Another strike by Aslef will be held on Wednesday, while RMT members will walk out next Saturday too, as well as on October 10 in Scotland.

Mick Whelan, general secretary of Aslef, said: ‘We don’t want to be on strike but this dispute will continue until the Government lifts the shackles from the train companies.

‘The message I am receiving from my members is that they want more industrial action, so I think more strikes are inevitable.’ 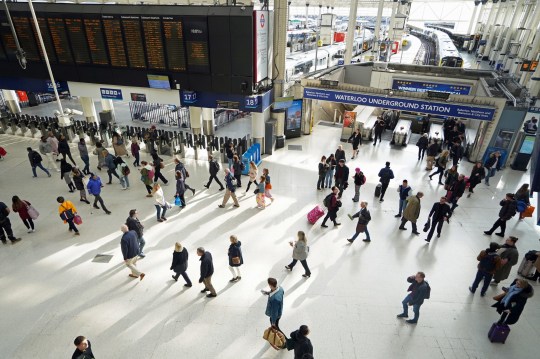 Almost 90% of trains are cancelled today and passengers are being told not to travel (Picture: PA)

A heavily reduced timetable is in place with just 11% of scheduled services set to run.

In areas which do have a limited service, it will start later in the morning and finish earlier in the evening.

The 24-hour strike finishes at midnight but disruption is expected to continue into Sunday morning due to the knock-on effects.

Runners making their way to the start line of the London Marathon will be impacted, with the vast majority of trains travelling to the capital not arriving until after 9am.

Delegates travelling to the Conservative Party conference in Birmingham this weekend will be among those affected.

Transport for London said its services will also be affected by the strikes, with no service expected on London Overground on Saturday and next Wednesday. 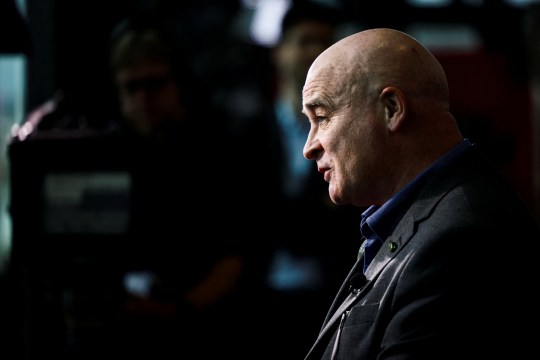 There appears to be no end in sight to the dispute and union leaders like Mick Lynch have vowed to pile on the pressure (Picture: Reuters)

Rail union have threatened to continue striking deep into the winter over what it considers unacceptable pay offers from rail companies, backed by the government.