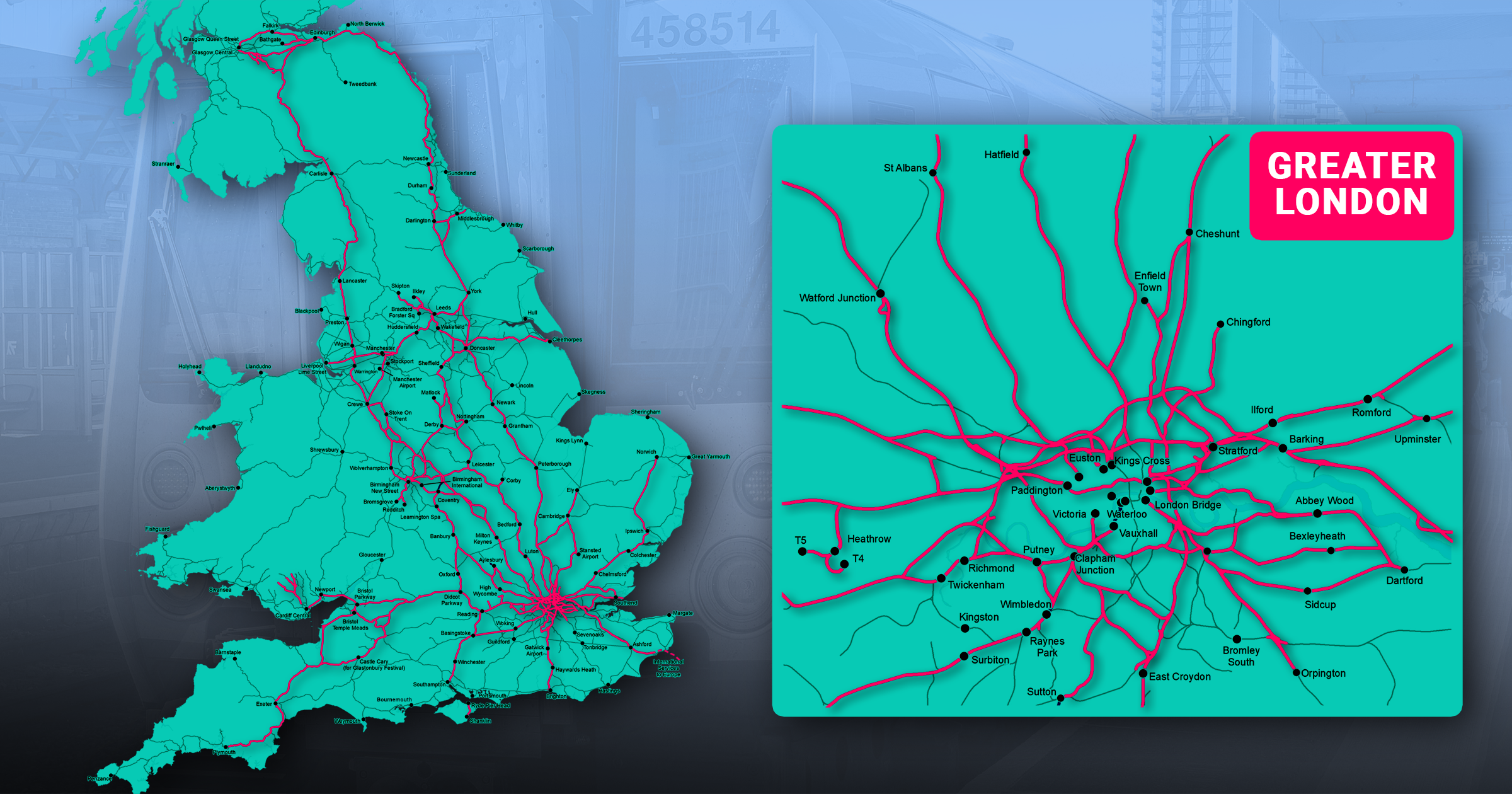 Avanti West Coast: Quarter of normal between 8am and 6pm. Routes including North Wales, Stoke and Edinburgh not served at all. Tickets sales between Tuesday and Sunday suspended.

C2C: Fewer than a third of normal services between 7.30am and 6.30pm. Two trains per hour from London Fenchurch Street to Shoeburyness via Laindon/Pitsea via Rainham. No trains via Ockendon or Chafford Hundred.

Caledonian Sleeper: All departures cancelled between Monday and Friday.

Chiltern Railways: No trains north of Banbury or to Oxford between Tuesday and Saturday. ‘Most routes’ suspended on strike days.

East Midlands Railway: Reduced service between Tuesday and Sunday of one train per hour in each direction on most routes.

Gatwick Express: Services will be ‘severely disrupted’ between Tuesday and Saturday.

Great Northern: Strike day timetables have not been published but many stations and routes will be closed.

Greater Anglia: No trains on regional and branch lines on strike days. ‘Very limited service’ on some routes to and from London Liverpool Street.

Hull Trains: On strike days, trains will only run between Doncaster and London King’s Cross.

Lumo: There will be ‘some disruption’ to services throughout the week.

Northern: Passengers urged ‘not to travel’ between Tuesday and Sunday. Services  suspended ‘on most routes’ during strike days and ‘significant impact’ on non-strike days.

ScotRail: No trains north of Glasgow or Edinburgh on strike days. Two trains per hour between the cities via Falkirk.

West Midlands Railway: ‘Considerable impact on the number of trains’ on strike days. ‘Very limited service’ on Wednesday and Friday.