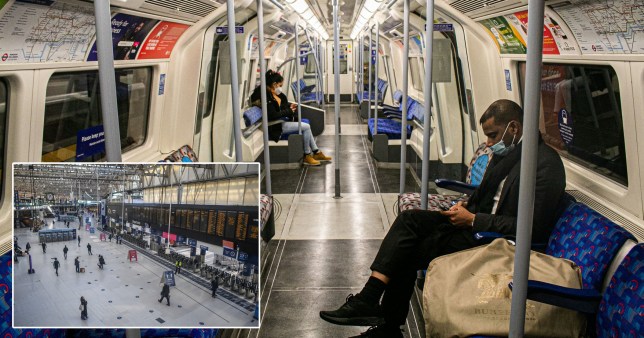 Rail fares in England and Wales rose by above-inflation rates on Monday, despite the coronavirus crisis causing commuting numbers to nosedive.

Train ticket prices rose by 2.6% on average leading to accusations that the UK Government is ‘pricing the railways out of existence’. Commuters in London will also see an average increase of 2.6% on Transport for London (TfL) services, as part of an emergency bail out of the capital’s travel network.

Examples of the potential fare hikes include a Brighton-London annual season ticket going up by £128 to £5,108 and a Manchester-Glasgow off-peak return rising by £2.30 to £90.60.

The Government has been accused of ‘kicking the rail industry while it’s down’, but insists the taxpayer has already given the sector significant support.

The 2.6% figure represents the Retail Prices Index (RPI) measure of inflation from July 2020, plus 1%.

The Scottish Government has imposed smaller rises of 1.6% and 0.6% for peak and off-peak travel respectively.

Demand for rail travel has plummeted during the coronavirus crisis, with passenger numbers currently down 85% on normal levels. 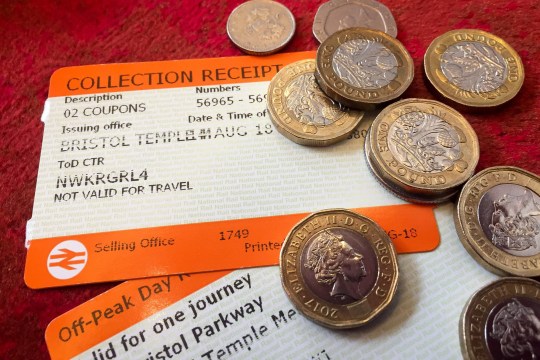 Margaret Manilow, a midwife who commutes from Hook in Hampshire to London Waterloo, said she was ‘shocked’ that fares had gone up.

The 62-year-old added: ‘I work full-time, and I commute on a daily basis so it will be quite a lot.’

Network Rail boss Sir Peter Hendy said last week that the volume of journeys by commuters may only recover to 60% of what it was before the outbreak.

Fare rises in England have mirrored RPI since January 2014, but the Department for Transport (DfT) axed the policy due to the ‘unprecedented taxpayer support’ handed to the rail industry during the pandemic.

The UK, Scottish and Welsh governments took over rail franchise agreements from train operators in March 2020, following the collapse in demand for travel caused by the virus. 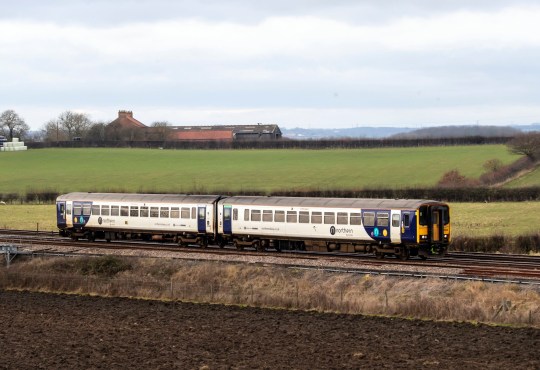 The Government was accused of ‘kicking the rail industry while it’s down’ (Picture: PA)

This is expected to cost the Westminster Government alone around £10 billion by mid-2021.

Fares usually become more expensive on the first working day of every year, but the 2021 rise was deferred due to the coronavirus pandemic.

He claimed the UK Government ‘should be encouraging the public to start using trains again’ when lockdown restrictions ease.

‘But instead they’re gradually pricing the railways out of existence,’ he said.

‘It just doesn’t make sense to kick the rail industry when it’s down.’

TUC general secretary Frances O’Grady warned that the increase in the cost of rail travel ‘will not help commuters and city centres recover from the pandemic’.

She said: ‘The Government needs a credible plan for the future of rail that gives passengers better value.’

Rises in around half of fares – including season tickets on most commuter routes – are regulated by the UK, Scottish and Welsh governments.

Train operators determine increases in unregulated fares such as Advance tickets, but this year they are heavily linked to rises in regulated tickets as governments have taken on firms’ financial liabilities.

That means the overall average increase across England and Wales is around 2.6%.

In London, where commuters have also been hit by the rise for travel across the city, there are now calls to scrap the Underground ‘zones’ and bring in a single Tube fare regardless of where people travel to and from – much like the capital’s bus system.

Did you see huge meteor that lit up night sky over UK last night?


A Department for Transport spokeswoman noted that the national rise is the lowest in four years ‘despite unprecedented taxpayer support for the rail industry’.

She went on: ‘By delaying the change in fares, passengers who needed to renew season tickets were able to get a better deal, and we will set our further plans to offer cheaper, more flexible tickets for commuters in due course.’

Robert Nisbet, director of nations and regions at industry body the Rail Delivery Group, said it is up to the Government to decide ‘how much it wants passengers to pay towards the cost of running the railway’.

He added that train operators want to give passengers ‘better value’ by working with ministers to create a ‘new, more flexible’ ticketing system.