The, £100m futuristic F-35B Lightnings were seen at RAF Marham in NorfolkCredit: @pauleastonphotography 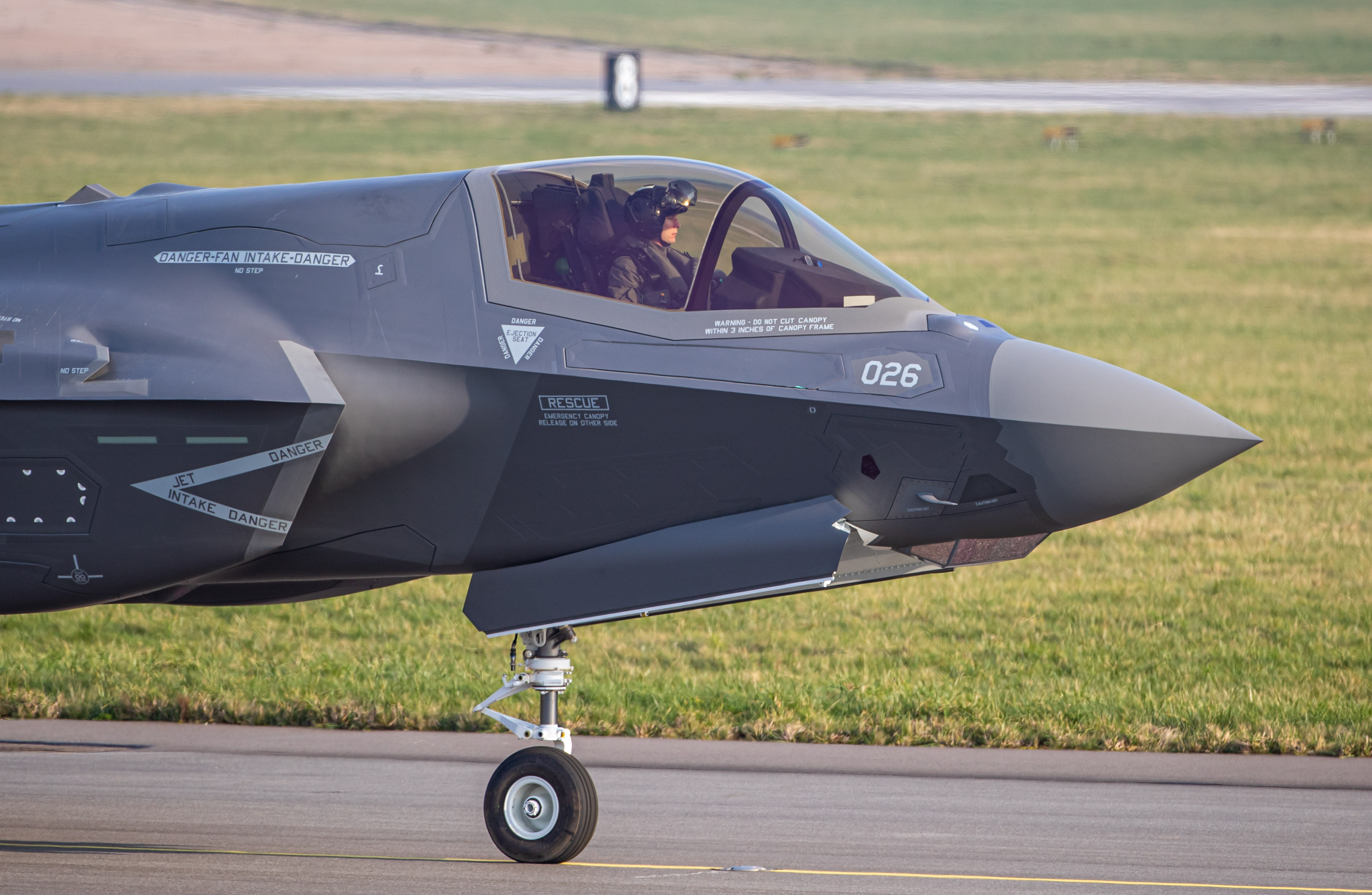 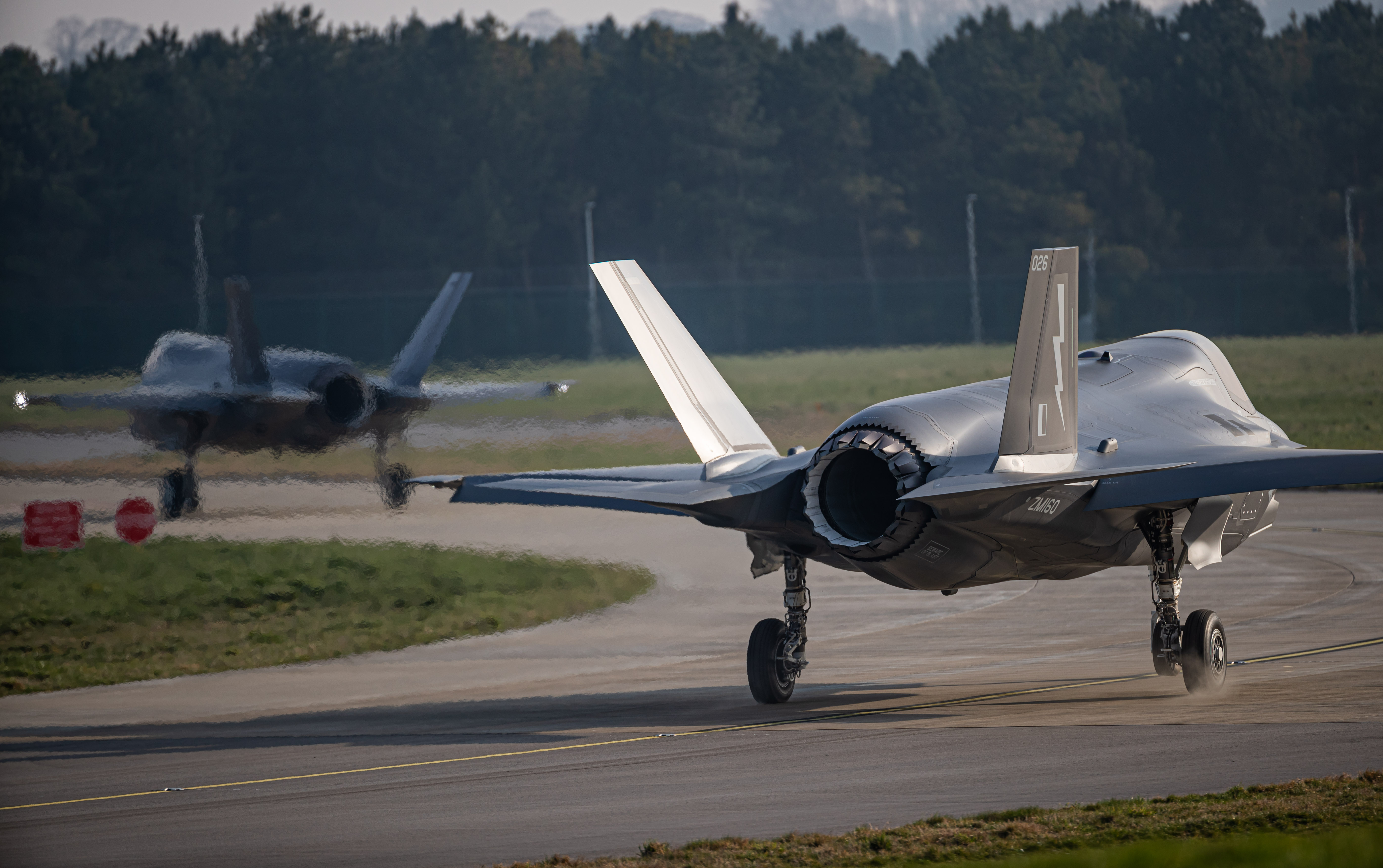 The Sun’s photos revealed three, £100m-a-time, futuristic F-35B Lightnings landing one after the other at RAF Marham in Norfolk.

The menacing jets were flown from Texas in the US by 207 Squadron, and were aided by an RAF Voyager tanker to refuel them during the Atlantic crossing.

As they touched down in the UK on Thursday, a witness told The Sun: “These fighting machines will leave Putin or any enemy in a sweat. They are awesome and fearsome jets.”

The ASRAAM – Advanced Short Range Air-to-Air Missile – is an infrared homing missile used to shoot down Putin-style aggressors – and is designed to outrun any other airborne bomb.

The aircraft has the option to carry the GAU-22A 25mm cannon housed in a pod above its port engine.

The F-35s, the world’s most advanced jets, are the first to combine radar-evading stealth technology with supersonic speeds and short take-off and vertical landing capability from aircraft carriers.

The fighter planes, with a wing span of 35ft and needing just a 450ft runway to take-off, will be jointly manned by the Royal Air Force and the Royal Navy and can operate from land and sea. They can also land vertically. 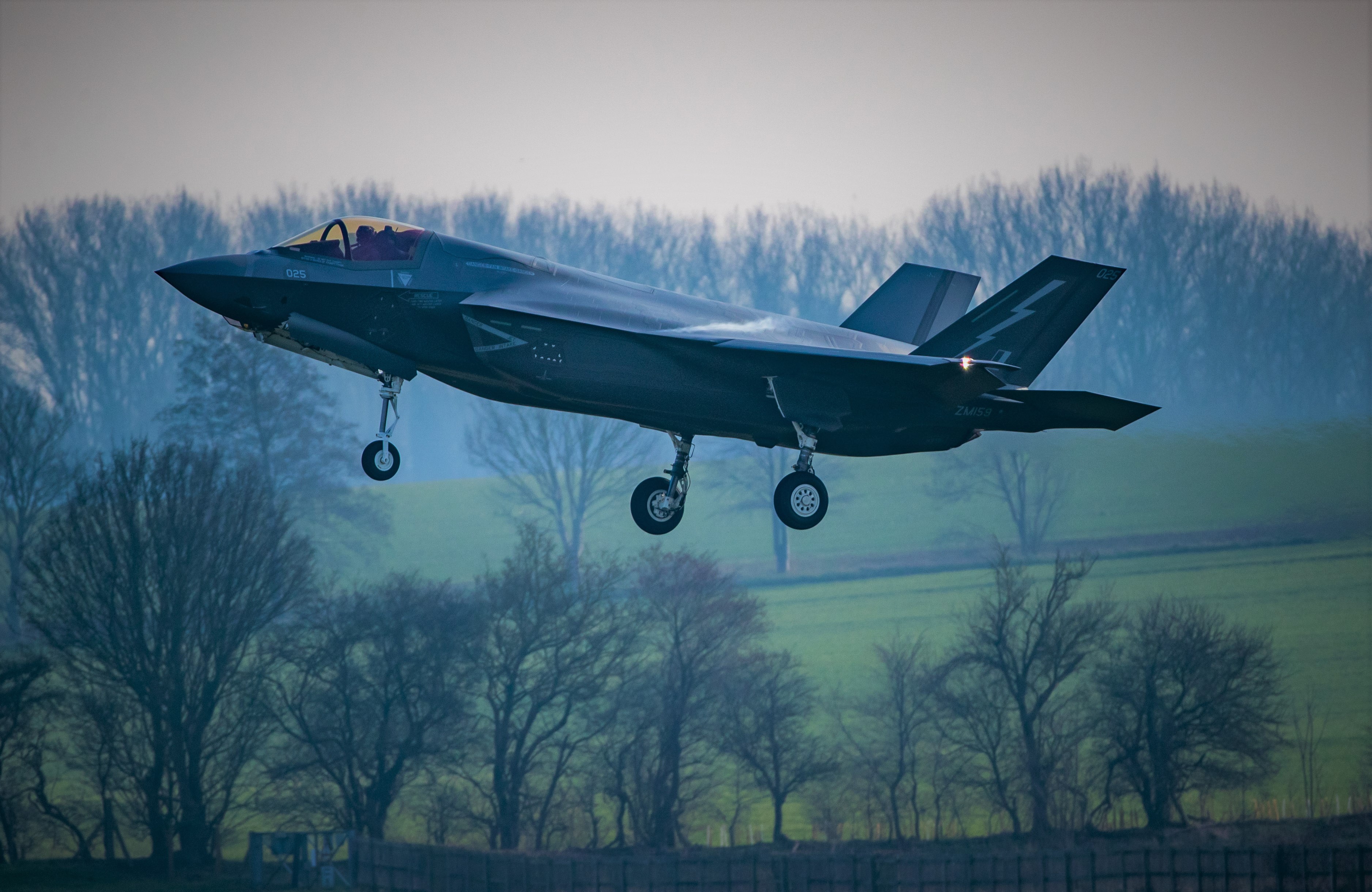 The war machines carry a staggering 22,000lbs of firepowerCredit: @pauleastonphotography 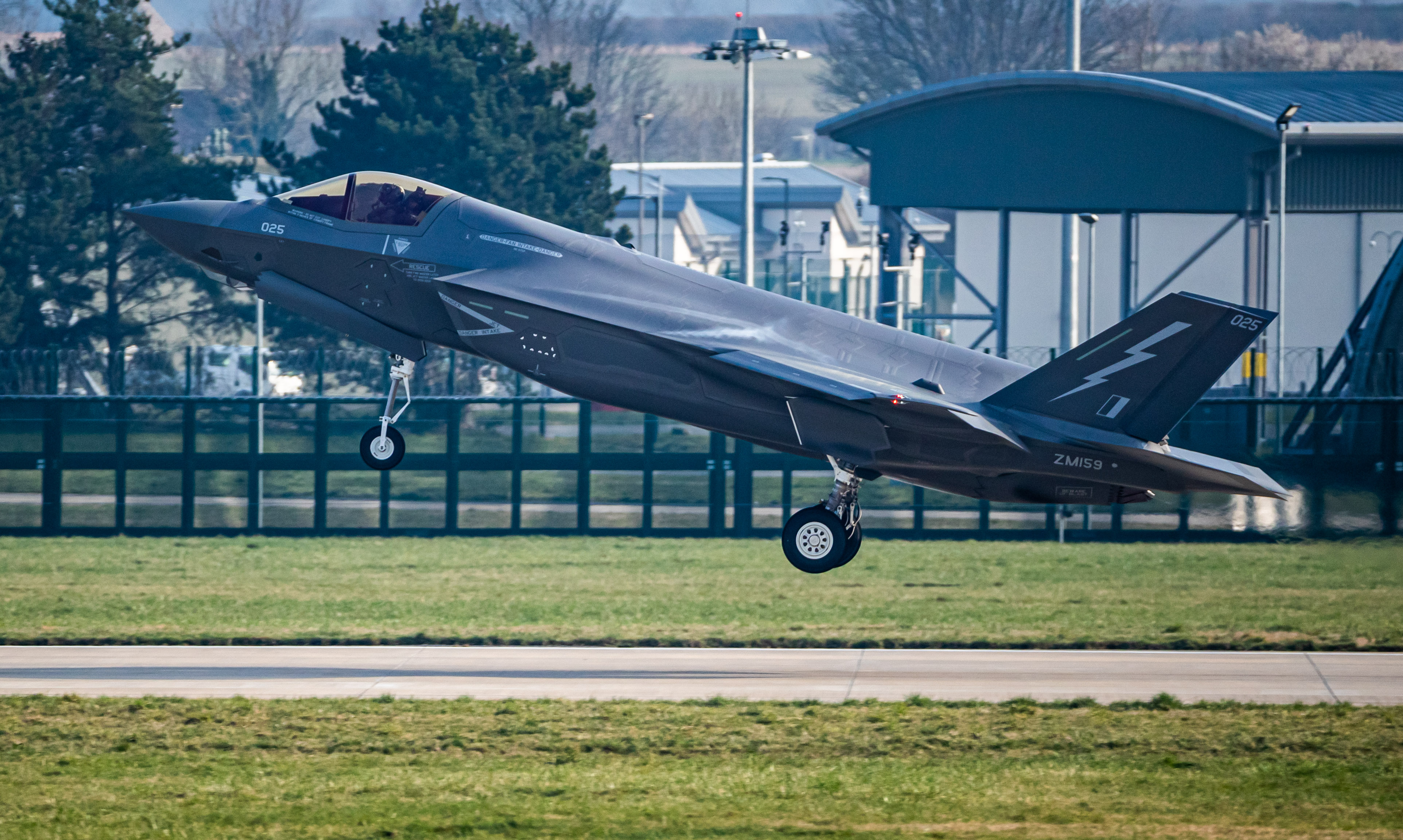 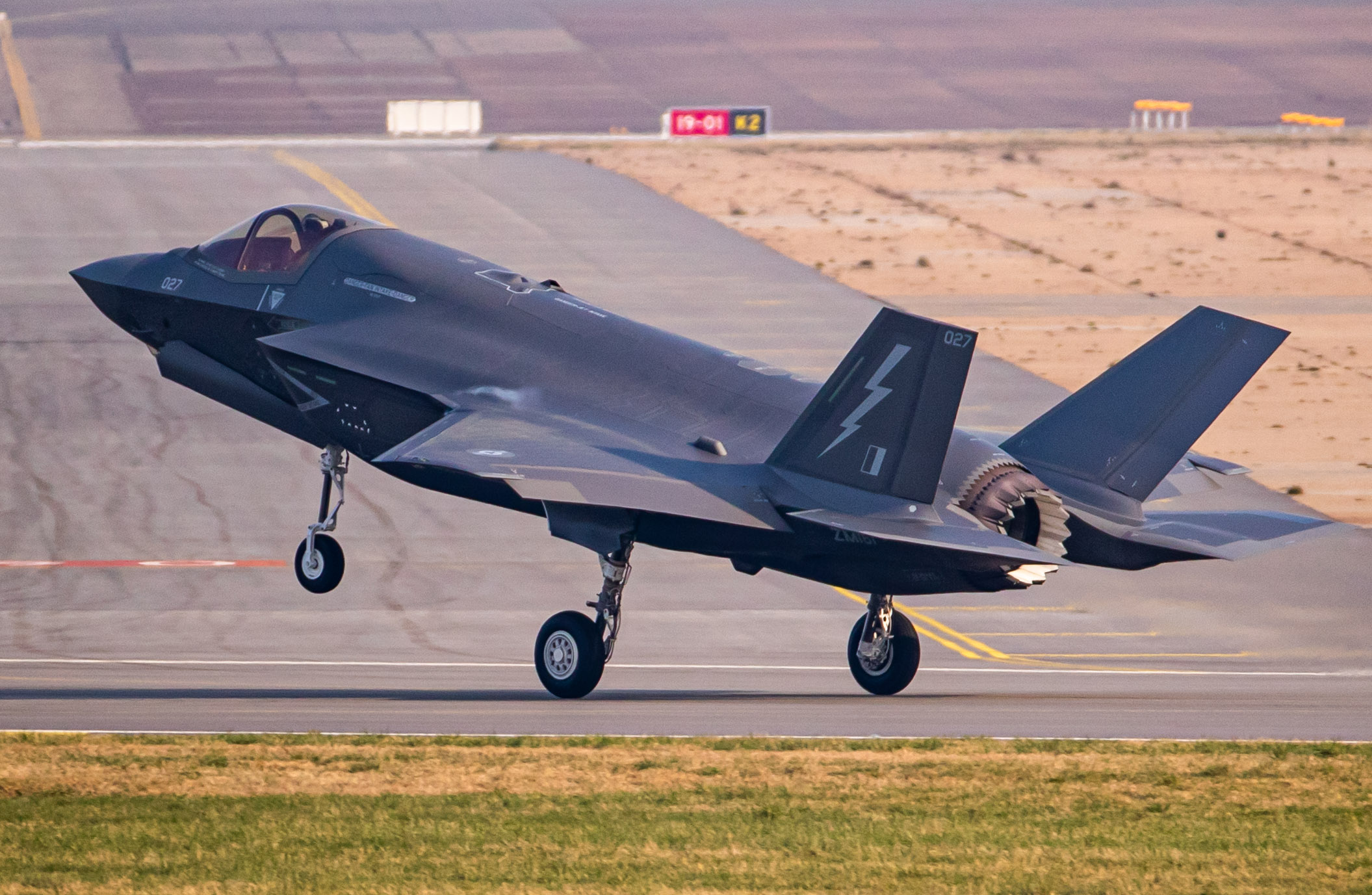 Three more of the stealth jets will arrive this year, and seven more in 2023, with an expectation that all of the 48 in the first batch will be delivered by the end of 2025.

The UK is looking to eventually own 80 F-35B jets. The first arrived in 2012.The RAF last night confirmed the delivery of the build-up of our fleet.

RUSSIA ‘WILL NOT FORGET’

Vladimir Putin raged today that Russia “will not forget” the UK’s support for Ukraine – and warned he sees sanctions as a “declaration of war”.

Western nations are going after the mobster leader’s money and his oligarch pals as they attempt to cut off Russia’s cash flow.

While the Kremlin is battered at home economically, Putin’s forces are also seeing themselves getting beaten back in Ukraine.

And that is along with reportedly blowing up 269 tanks, 945 armoured vehicles and 79 planes & helicopters.

Russia has repeatedly raised the spectre of war with the West, with Putin’s top diplomat this week warning World War 3 would be “nuclear and destructive”.

But Putin once again defended his twisted invasion – trotting out his warped explanation that the country needs to be “demilitarised” & “denazified”.

The tyrant let rip as Moscow finds itself increasingly isolated on the world stage with a stranglehold of new sanctions.

President Volodymyr Zelenskyy this morning confirmed the new humanitarian corridors – but urged those who could to “continue fighting”. 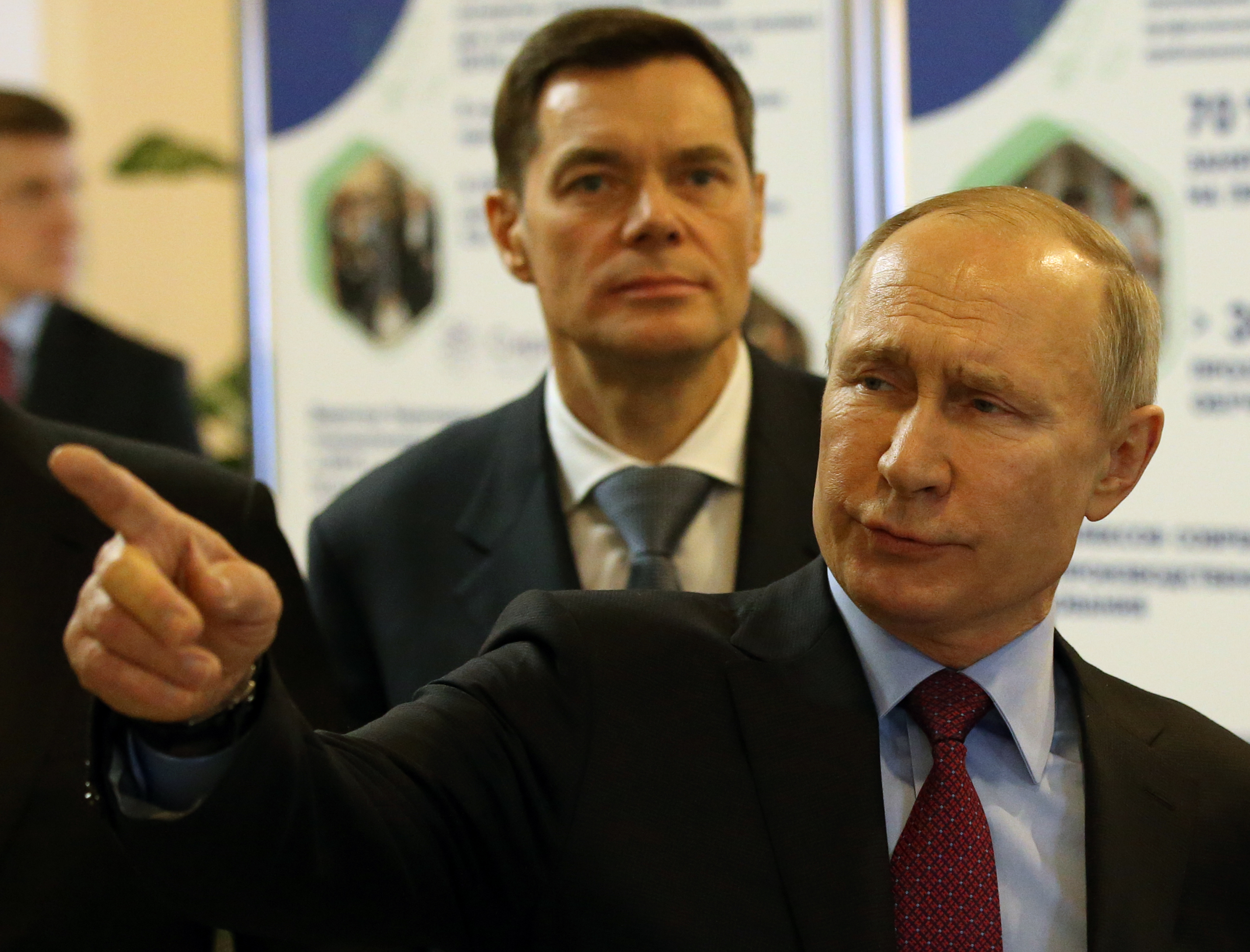 Putin raged today that Russia “will not forget” the UK’s support for UkraineCredit: Getty

‘I Am Legend’ sequel on the way with Will Smith and Michael B. Jordan