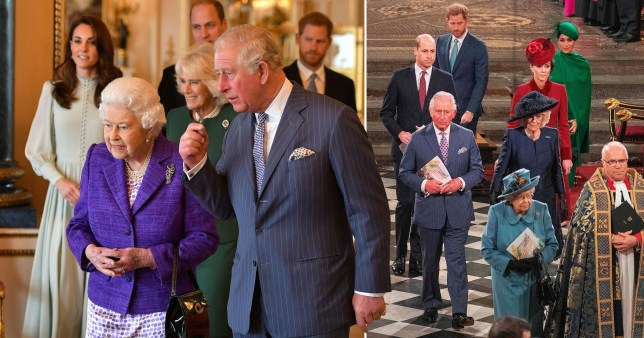 Prince Charles and William and Kate are some of the senior royals who are understood to be accompanying the Queen on future engagements (Picture: Getty)

The Queen will not be left to ‘walk alone’ at public engagements following the death of her husband of 73 years, the Duke of Edinburgh.

Senior royals are understood to be rallying around the Monarch to ensure she has more support in the future, as the loss of Prince Philip leaves a ‘huge void’ in her life.

Ever since Her Majesty became head of state in 1953, she has always had her ‘strength and stay’, the duke, by her side.

The Queen is said to be determined to attend as many engagements as possible when the royals’ two week official mourning period ends on April 22 – the day after her 95th birthday.

It is understood her eldest son Prince Charles and wife Camilla, Prince William and Kate, the Princess Royal Anne and Prince Edward and Sophie, the Countess of Wessex, will accompany the Queen.

Although Her Majesty has always carried out solo engagements and increasingly did so following the retirement of her husband, it is understood the family are making a concerted effort to support her.

A source told the Daily Mail: ‘The Duke of Edinburgh is irreplaceable and the Queen’s dedication to duty is undiminished. 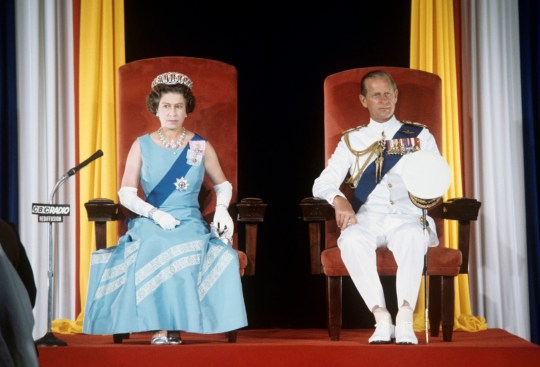 The Queen always had Prince Philip by her side throughout her time as Monarch (Picture: PA) 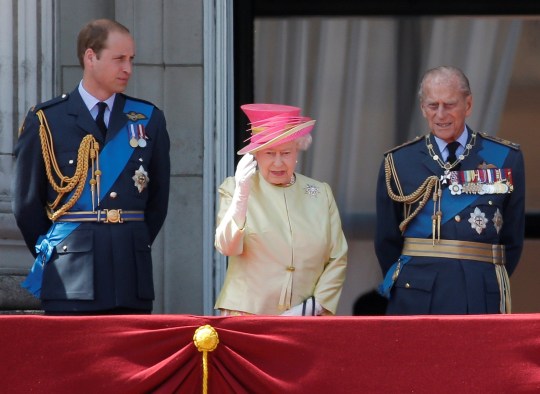 Senior royals are rallying around the Monarch following the passing of her ‘beloved’ husband of 73 years (Picture: Reuters) 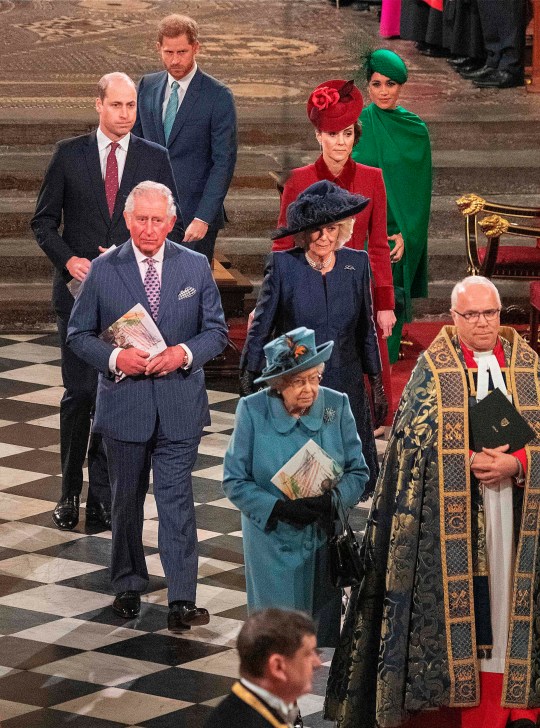 The Queen is said to be determined to carry out her duties following the two-week mourning period (Picture: AFP)

‘But senior officials and members of the family have long had an eye on ensuring she is more supported in the future and it seems sensible to start employing this now.’

Another added: ‘If one parent dies the children – and in this case, grandchildren – all step up and fill in in different ways. No single individual could ever take place of the Duke of Edinburgh, but just maybe all of them coming together will fill some of the space he has left behind.’

Another said the Palace’s ‘long-term planning’ has always involved having a member of the Royal Family with her whenever possible, but the death of Philip means this will be brought forward.

They believe the public will now see senior royals ‘take up more investitures and some of the more physically burdensome duties’ in the coming months.

It is understood that one of the Queen’s first tasks when she returns to work will be to oversee the state opening of Parliament on May 11. 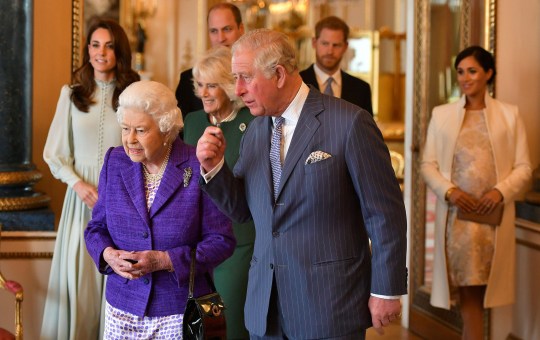 One source said the public should expect to see senior royals accompanying the Queen more in the future (Picture: AFP) 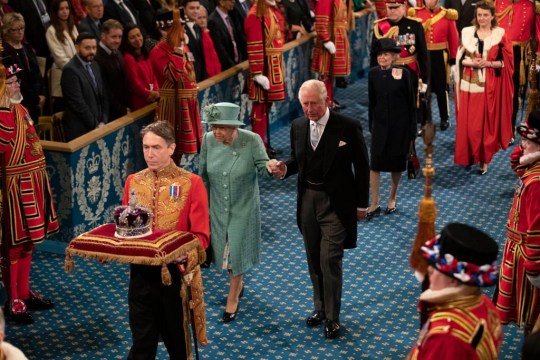 Prince Charles, heir to the throne, is expected to support his mother more on state events (Picture: Getty)

Speaking of his mother’s loss yesterday at Royal Chapel of All Saints at Royal Lodge, in Windsor, Prince Andrew said: ‘The Queen as you would expect is an incredibly stoic person.

‘She described his passing as a miracle and she’s contemplating, I think is the way that I would put it.

‘She described it as having left a huge void in her life but we, the family, the ones that are close, are rallying round to make sure that we’re there to support her.’

The news of the Duke of Edinburgh’s passing on Friday was confirmed in an unusually emotional announcement by Buckingham Palace, saying: ‘It is with deep sorrow that Her Majesty The Queen has announced the death of her beloved husband, His Royal Highness The Prince Philip, Duke of Edinburgh.’