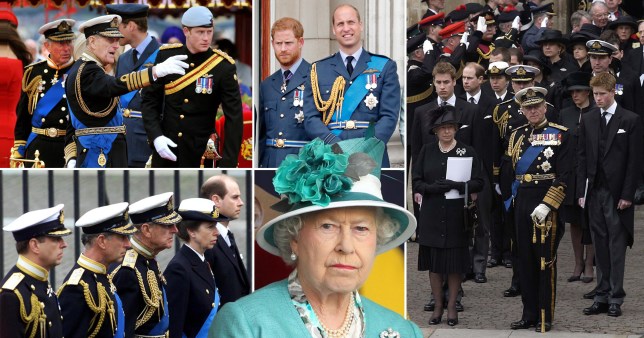 Prince Harry was stripped of his military titles when he stepped back from royal duties and moved to the US (Picture: Getty/EPA/PA/EMPICS)

All senior royals have been ordered to wear mourning clothes for Prince Philip’s funeral to save Prince Harry from being the only royal not in uniform, it has been claimed.

In an unprecedented move, Her Majesty is understood to have approved a decision to ban all royals from wearing their traditional military attire at the service for the Duke of Edinburgh on Saturday.

It is claimed there was concern that Prince Harry would be the only senior royal not in uniform, after he was forced to give up his military titles when he stepped back from official duties and moved to California.

The Duke of Sussex lost his role as Captain General of the Royal Marines, which he took over from his grandfather, as well as two other honorary military positions.

Harry, who was an officer in the army for 10 years, was said to have been deeply upset by the move.

He is understood to have wanted to wear the Blues and Royals dress uniform he donned on his wedding day to Meghan Markle in May 2018.

But the stripping of his titles means he cannot wear the official uniform at events and would have to wear a suit. 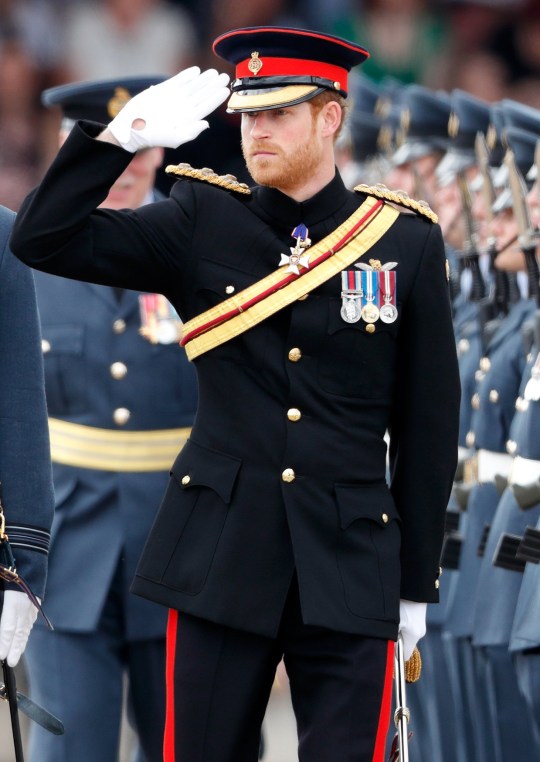 The Duke of Sussex was said to be upset when he was forced to give up his titles (Picture: Getty) 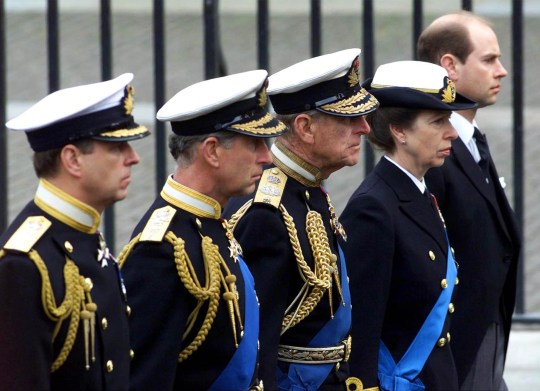 It is tradition for the royals who have served to wear military attire at funerals, pictured here following the coffin of the Queen Mother (Picture: PA)

It would be a stark contrast to his father, Prince Charles, brother Prince William, Prince Edward and Princess Anne who would have been in full military uniform – as is tradition for royal funerals.

It is also claimed there was ‘serious Navy displeasure’ at Prince Andrew demanding to wear the uniform of admiral.

He gave up the position in 2019 following the fallout from his ‘car crash’ BBC Newsnight interview over his relationship with billionaire paedophile Jeffrey Epstein.

However, the Duke of York has not been stripped of his honorary military titles – unlike Harry – and still holds the position of a vice-admiral in the Royal Navy.

The disgraced royal is said to be hopeful that the public will soften their stance towards him and ‘save his reputation’ as he consoles the Queen in the wake of his father’s death. 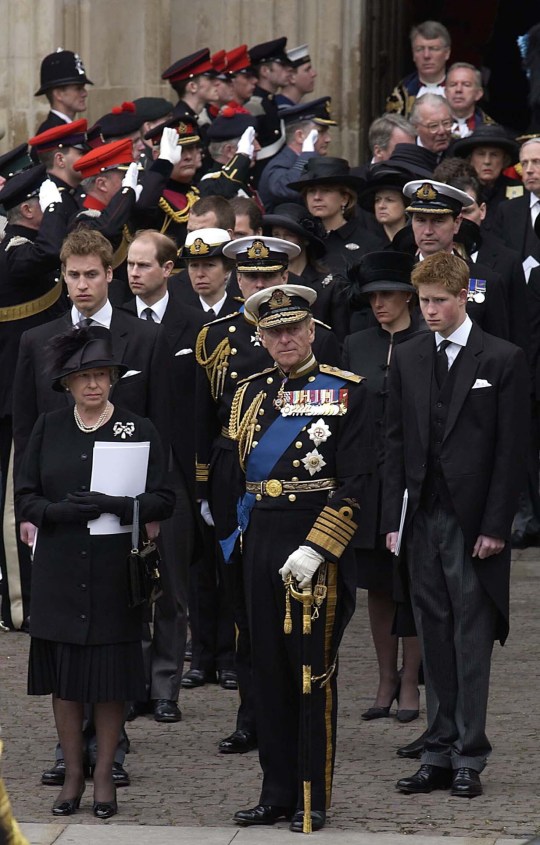 The service for the Duke of Edinburgh will be held on Saturday (Picture: EMPICS) 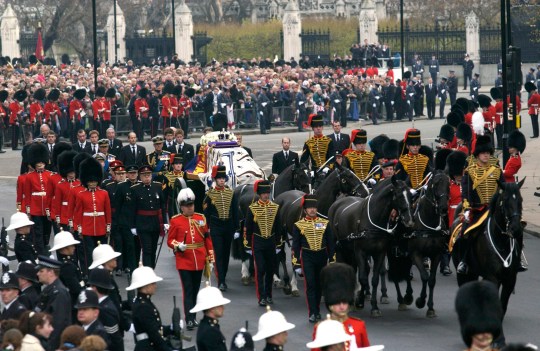 Concerns were raised that if Andrew was not permitted to attend in uniform, he and his nephew would be the only ones to have served in suits, according to the Daily Mail.

A royal insider told the paper: ‘There was the risk of real embarrassment.’

The Queen is said to have decided that no one would wear the uniforms in a bid to show unity and spare public humiliation at the 3pm ceremony at St George’s Chapel at Windsor Castle.

A royal source told The Mirror: ‘The Queen and the rest of the family want nothing to detract from what is most important, commemorating the Duke’s remarkable life.’

Gemma Collins ‘can see herself being first female James Bond’