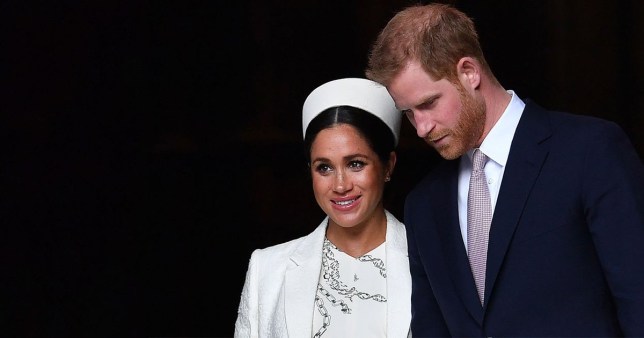 The Sussexes will not be returning as working members of the Royal family (Picture: Getty)

The Queen stripped Harry and Meghan of their royal patronages to ‘avoid her family’s name being tainted’ while the couple’s response was like ‘flicking two fingers’ at the institution, according to experts.

Royal watchers have been digesting today’s news that the Sussexes will not be returning as working members of the royal family, a year after they first quit the UK to move to the U.S.

Harry’s biographer Angela Levin told the Mirror she was ‘not in the least surprised’ by the monarch’s latest actions.

She said the palace had become concerned at ‘how escapist’ Harry and Meghan had become since leaving the country and this spurred the Queen to act.

‘[The Queen] doesn’t want the royal family’s name to be tainted in that way and this, I think, crossed the red line,’ Ms Levin told the paper.

‘She’s a very patient woman, she’s not a micromanager. She lets her children and grandchildren do what they want up to a certain extent and when they overstep that, she comes down.’

Buckingham Palace announced on Friday that it was not possible for the couple ‘to continue with the responsibilities and duties that come with a life of public service’.

Harry lost his royal rugby patronages, Meghan her patronages of the National Theatre and the Association of Commonwealth Universities, as well as the couple’s roles with the Queen’s Commonwealth Trust. 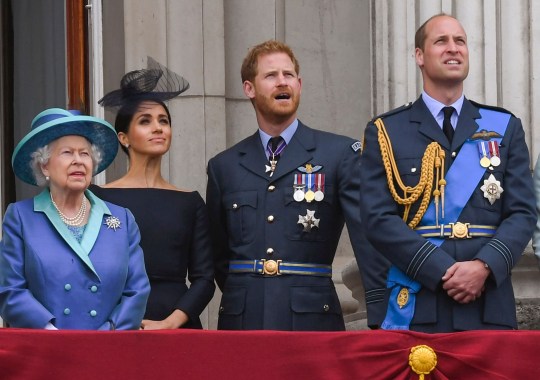 The ‘Megxit’ process has been likened to a messy divorce (Picture: REX) 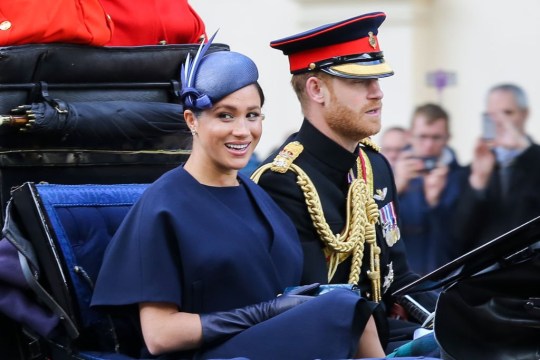 Harry and Meghan have been stripped of their Royal patronages (Picture: SOPA)

Commentator Peter Hunt told LBC that the Queen could have found a way to allow the couple to continue with their roles and ‘history will judge’ the monarch for her refusal to do this.

Mr Hunt said: ‘My feeling is that where we stand now is actually that history will come to judge the Queen poorly for this decision.’

He added: ‘This is a family decision. This is a decision by a monarch about a grandson.

‘He is her grandson and he is the son of a future king, and a compromise could have been concocted.’ 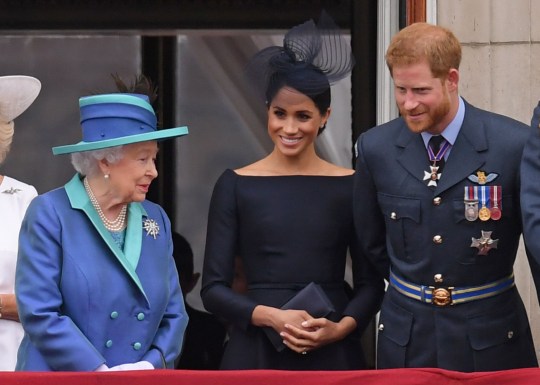 The couple’s response to the news has been seen as ‘flicking two fingers up’ at the Royal family (Picture: REX)

Mr Hunt said: ‘They could have rewritten the rules if they had chosen but the Queen and the Palace have chosen not to, and I think Harry will be feeling very sad and possibly slightly bitter today.’

A strongly worded statement was released by the Sussexes’ spokesperson upon hearing the news.

They said: ‘As evidenced by their work over the past year, the Duke and Duchess of Sussex remain committed to their duty and service to the UK and around the world, and have offered their continued support to the organisations they have represented regardless of official role. We can all live a life of service. Service is universal.’

The pointed final paragraph has been interpreted by some as ‘flicking two fingers’ up at institution of the Royal family. 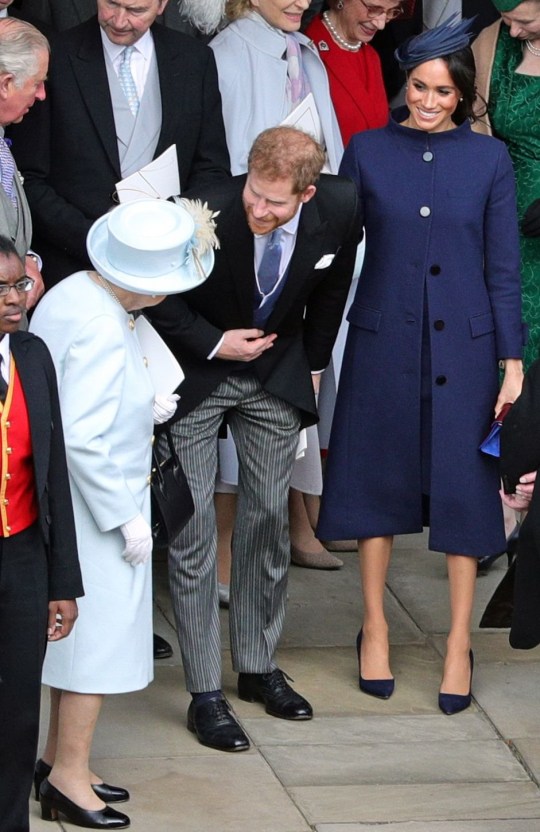 Harry and Meghan have not been back to the UK for the last year (Picture: REX)

Royal writer Penny Junor said: ‘It sounds petulant. They sound disappointed and hurt and I can understand that.’

‘It’s sort of two fingers at the institution – the men and women that run it. I don’t think it would be to the Queen because I imagine they think the Queen is being advised, which she is.’

Ms Junor described the latest events as the conclusion to the Megxit process which began a year ago. She likened what’s happened to ‘troubled divorce proceedings’.

Ms Junor said: ‘It does draw a line. It’s hurtful but every divorce is hurtful. This is the decree absolute.

‘People lose things in a divorce. They lose pets, they lose houses, they lose children, and there was no way this was going to end well.’