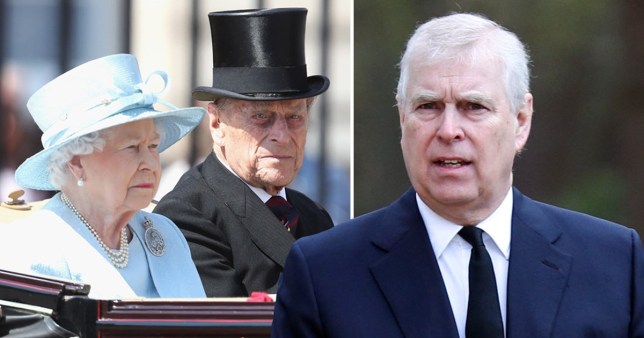 Prince Andrew said the family were ‘rallying round’ to support the Queen (Picture: Getty; PA)

The Queen has said that the loss of Prince Philip has ‘left a huge void in her life’.

Their son Prince Andrew spoke about the impact on the family, revealing how his mother described the passing of her husband.

He described what happened as an ‘enormous change’ but said the family are rallying around to support her.

The Duke of York said: ‘The Queen as you would expect is an incredibly stoic person.

‘She described his passing as a miracle and she’s contemplating, I think is the way that I would put it.

‘She described it as having left a huge void in her life but we, the family, the ones that are close, are rallying round to make sure that we’re there to support her.’ 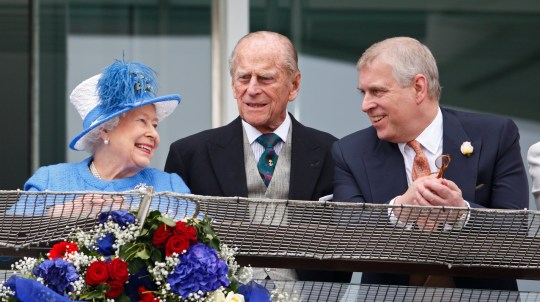 Queen Elizabeth II, Prince Philip, and Prince Andrew, watch the racing from the balcony of the Royal Box at Epsom Racecourse in 2016 (Picture: Getty)

Andrew, who was joined at the Royal Chapel of All Saints at Royal Lodge, Windsor, by the Earl and Countess of Wessex and their daughter Lady Louise Windsor for a Sunday service, said they had joined in prayers at the private chapel ahead of the funeral.

The Queen’s youngest son Prince Edward said: ‘It’s been a bit of a shock. However much one tries to prepare oneself for something like this it’s still a dreadful shock and we’re trying to come to terms with that. And it’s very, very sad.

‘But I have to say that the extraordinary tributes and the memories that everybody has been willing to share has been so fantastic, and it just goes to show, he might have been our father, grandfather and father-in-law, but he meant so much to so many other people.’

He said he meant a ‘huge’ amount people who lived and worked at Balmoral and Sandringham, as well as those linked to Windsor Great Park where he was the Ranger.