Pylons toppled to be replaced by ‘world’s first’ electric ones

T-pylons are much bigger and have a much denser structure than traditional pylons (Picture: Jackie Curtis / SWNS)

Electricity pylons are being pulled down to make way for the ‘world’s first’ electric T-pylons to provide low carbon energy for six million UK households.

Hundreds of the 32 metre high structures are being replaced on the bank of King’s Sedgemoor Drain, Somerset, as part of an innovative National Grid project.

The video of the demolition of the decades-old pylons was taken by local resident Jackie Curtis, who lives in the nearby village of Bawdip in Somerset, on Monday morning.

‘This is one of the many pylons being pulled down in Somerset to make way for the new line of T-pylons – which are being placed a mile away from this spot,’ said Curtis.

‘These T-pylons are very different: they are much bigger and have a much denser structure than traditional pylons which you can see through.’ 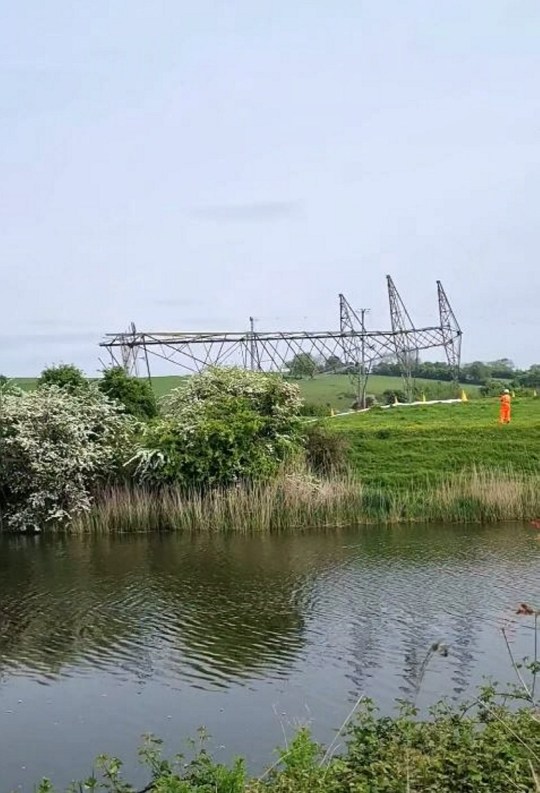 Unlike the ‘lattice’ structures of usual pylons, T-pylons have a single pole and T-shaped cross arms, which feature suspension diamond insulators – like ‘earrings’ – which hold the wires, or conductors.

There will be a total of 116 T-pylons along the whole 57km route, which will end at Avonmouth, Bristol. 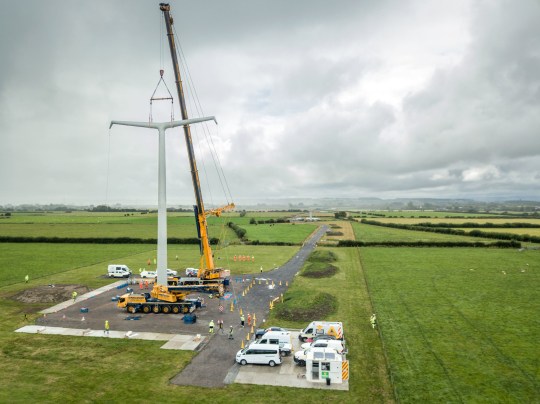 Electricity pylons are being pulled down to make way for the ‘world’s first’ electric T-pylons (Picture: PA)

The pylons are set to be ‘energised’ in the autumn of 2022 and a large part of their role will be carrying electricity from Hinkley Point C nuclear power station when it begins generating power in June 2026.

In March, wires to carry low carbon energy onto the UK electricity network were installed on 36 of the Hinkley Connection Project’s new T-pylons in a process known as ‘stringing’.

It is made up of sections of traditional lattice pylons at Shurton and Avonmouth and the 116 new T-pylons, with a section of underground cable between Loxton and Sandford, running under the Mendip Hills Area of Outstanding Natural Beauty.

Project director for National Grid James Goode said the T-pylons are about a third shorter than the traditional lattice towers. 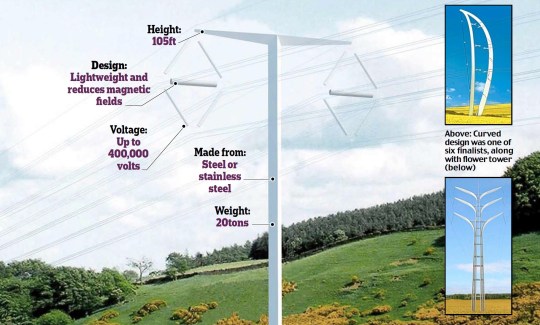 T-pylons are about a third shorter than the traditional lattice towers. (Credits: National Grid)

‘We’re massively proud that this is happening in Somerset because this is a world’s first,’ said Goode.

The Hinkley Connection Project will be ready to connect six million homes and businesses in the South West and beyond with low-carbon electricity generated by Hinkley Point C and other sources of low-carbon energy in 2024.