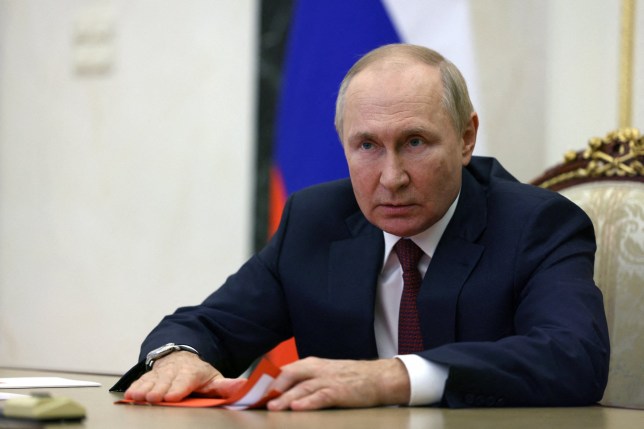 The Kremlin leader claimed the announcement had ‘nothing to do’ with the country’s ‘special military operation’ in Ukraine (Picture: Reuters)

State news agency TASS quoted Russia’s defence ministry as saying the announcement was ‘not in any way related’ to the conflict in Ukraine.

All men in Russia are required to do a year’s military service between the ages of 18 and 27, or equivalent training while in higher education.

The call-up is more likely set to coincide with the next stage of Putin’s ‘partial mobilisation’ of the Russian military in the next stage of the war in Ukraine, which will see an additional 300,000 troops moved to the frontlines.

The news comes as the Kremlin escalated the scale of the conflict by claiming attacks in the recently-annexed Ukrainian territories of Luhansk, Donetsk, Zaporizhzhia and Kherson would be seen as acts of aggression against Russia itself.

Yet Putin’s posturing has done little to slow the advance of the Ukrainian Armed Forces, who today recaptured the city of Lyman in the Donetsk region and sent more than 5,000 Russian troops fleeing less than a day after their illegal annexation vote.

The breakthrough is a tactical and symbolic victory for Ukraine, with the city acting as the main logistics and transport hub for operations in the area, providing a crucial tactical role for the Kremlin. 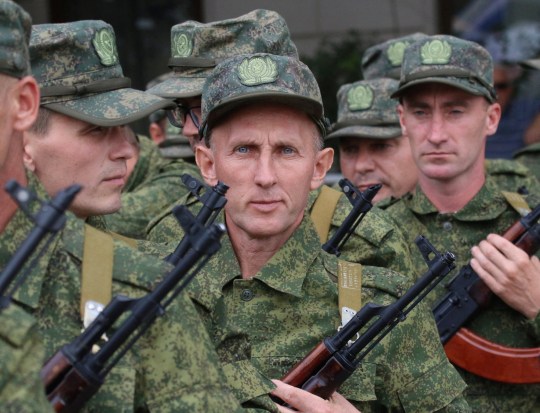 Unfit and elderly reservists have been drafted to the frontlines as Russia’s morale and manpower falls short (Picture: Reuters) 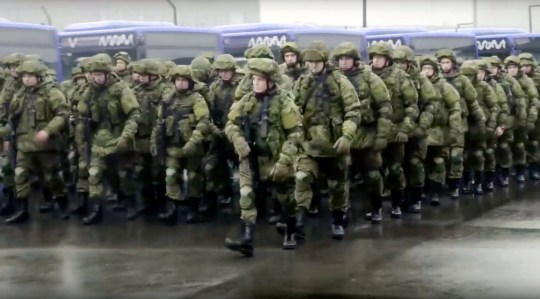 More than 5,000 Russian troops were forced to flee the recently-annexed city of Lyman today as Ukrainian forces swept through the area (Picture: AP) 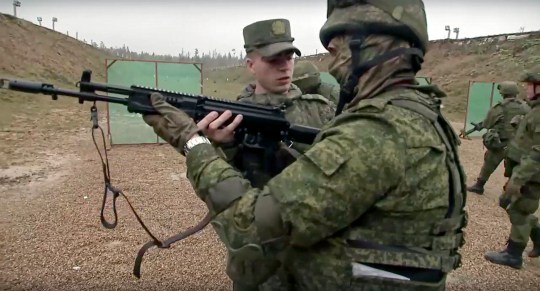 Russian conscripts have complained of recieving poor equipment and next to no training before being deployed to the frontlines in Ukraine (Picture: AP)

Serhii Cherevatyi, spokesperson for Ukraine’s eastern forces, earlier said: ‘The Russian grouping in the area of Lyman is surrounded.

‘Lyman is important because it is the next step towards the liberation of the Ukrainian Donbas.

‘It is an opportunity to go further to Kreminna and Severodonetsk, and it is psychologically very important.’

Before the retreat was confirmed, he claimed Russian troops had asked their commanders to retreat but had been told they must hold their position.

The speed and efficiency of Ukraine’s counterattacks have sent shockwaves rippling through Moscow, as Putin scrambles to mobilise as many bodies as possible in an increasingly doomed attempt to hold onto Russia’s remaining territories.

Footage of elderly and unfit reservationists lining up for basic training this week exposed the dire state of Russia’s manpower, with stories emerging of conscripts being sent to the frontlines with little to no training and troops being told to use tampons to treat their wounds.

Elsewhere in Russia, a group of conscripts attacked their recruitment officer and left him with a ‘smashed’ face after he bluntly told them: ‘You are all cannon fodder’.

Russia’s ministry of defence said via Telegram on Saturday that their remaining forces in Lyman were pulling out of the city ‘due to the risk of being encircled’ and had moved to ‘more advantageous frontiers’.