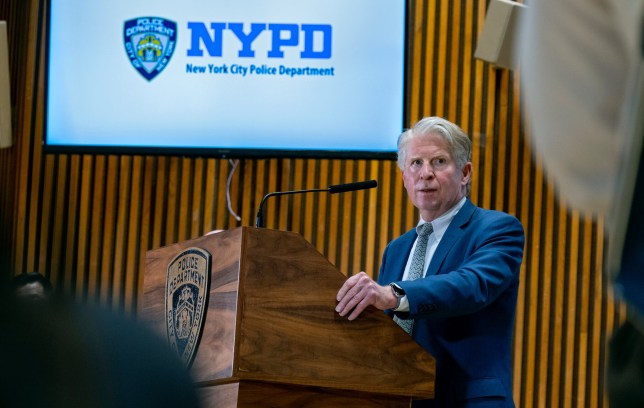 Prostitution and unlicensed massage work will no longer be criminally prosecuted by a district attorney’s office in New York.

Manhattan District Attorney Cy Vance Jr on Wednesday morning asked a judge to dismiss 914 open cases around prostitution and unlicensed massage, as well as 5,085 cases of loitering for prostitution.

Many of the cases dated back to the 1970s and 1980s when New York cracked down on prostitution to clean up its image as a city. But Vance’s announcement marked a departure from those policies.

‘Over the last decade we’ve learned from those with lived experience, and from our own experience on the ground: Criminally prosecuting prostitution does not make us safer, and too often, achieves the opposite result by further marginalizing vulnerable New Yorkers’, Vance said in a statement.

The district attorney said that his office for years has reformed its practice from seeking criminal convictions to offering services to people arrested for prostitution.

‘Now, we will decline to prosecute these arrests outright, providing services and supports solely on a voluntary basis’, Vance stated. ‘By vacating warrants, dismissing cases, and erasing convictions for these charges, we are completing a paradigm shift in our approach’.

Vance called the old cases ‘both a relic of a different New York, and a very real burden for the person who carries the conviction or bench warrant’.

However, Vance’s office will continue prosecuting crimes linked to prostitution like promoting prostitution and sex trafficking and patronizing sex workers.

Besides Manhattan, neighboring Brooklyn does not prosecute people arrested for prostitution, and instead connects them to social services before their court date. Philadelphia and Baltimore also do not prosecute sex workers.

Abigail Swenstein, a staff attorney with the Legal Aid Society’s Exploitation Intervention Project, commended Manhattan’s new policy but stated that it ‘should not supplant the need to pass legislation that would fully decriminalize sex work and provide for criminal record relief for people convicted of prostitution offense’.