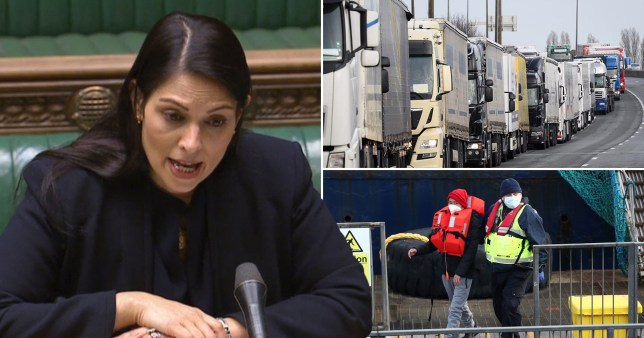 Drivers face a £2,000 fine if they don’t secure their cars when crossing the channel (Picture: PA/Getty)

Drivers who don’t lock up their boots before crossing the channel could be hit with a £2,000 fine regardless of whether any migrants are found.

The Home Office is considering a new penalty for ‘failing to secure a vehicle’ as part of a crackdown on illegal migration.

It is understood the measure will be aimed at targeting lorry drivers but could also apply to tourists crossing the border for a holiday in cars and caravans.

According to the Government there were 1,869 cases where ‘clandestine entrants’ were found in vehicles with inadequate security last year, despite the Covid-19 pandemic causing a lower volume of traffic.

This is already punishable by a maximum £4,000 fine, which the Home Office is considering increasing in order to improve compliance.

A 60 page dossier called ‘New Plan for Immigration’ says current measures are not having enough of an effect ‘as a high proportion of drivers and hauliers are not taking the steps required to secure vehicles’.

As well as increasing the fines for people caught with migrants in their boots, the Home Office will consult on a new £2,000 fine ‘to also cover hauliers found with an unsecured vehicle, regardless of whether clandestine entrants are found on board or not’.

A Home Office spokesperson said of the measure: ‘The focus of the enforcement of these measures will be hauliers who do not take appropriate measures to prevent illegal entry into the UK.’

However, sources told The Sun that although officials aren’t seeking to target tourists, the legislation could apply to holiday drivers as well.

Priti Patel has vowed to overhaul the country’s asylum system and today announced a series of reforms to ‘tackle illegal migration head-on’.

She said that for the first time, people seeking protection as refugees would have their claim assessed based on how they arrive in the UK. 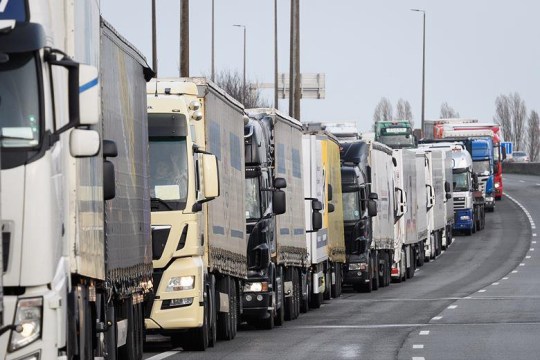 It means that people who arrive in the country by what the Government calls ‘illegal means’ to claim asylum will no longer have the same entitlements as those who arrive through proper channels.

Leading charities including the British Red Cross have criticised the changes for judging claimants on how they arrived and not just on merit, saying it will create an ‘unfair two-tiered system’.

Last year about 8,500 people arrived in the UK by crossing the English Channel in small boats and the majority claimed asylum, the Home Office said. Around 800 are estimated to have made the crossing so far this year, with a single day record for 2021 of 183 on Tuesday.

Ms Patel said the new measures will create ‘safe and legal routes’, and that people should be claiming asylum in the EU country in which they first arrive, rather than using it as a springboard to reach the UK.

She also confirmed deals could be sought with foreign nations to process asylum claimants away from the UK mainland, saying the Government will ‘consider all options’. 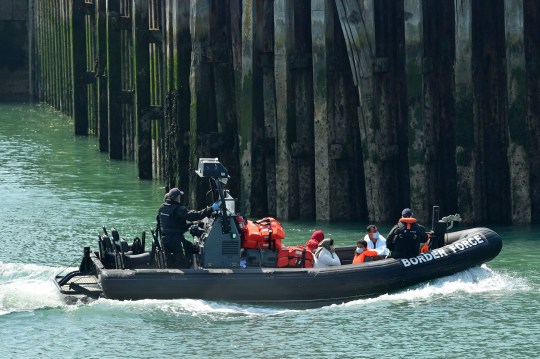 Both Gibraltar and the Isle of Man have previously rejected claims that processing sites could be set up on their islands.

Other deals are yet to be struck with EU member states to return asylum seekers who have passed through their countries to get to the UK.

Human rights lawyers have warned the plans are unlawful because they ignore Britain’s international obligations under the Refugee Convention, which is supposed to safeguard the rights of refugees.

Shadow home secretary Nick Thomas-Symonds branded the plans ‘callous’ and said they ‘will do next to nothing to stop people making dangerous crossings and they risk withdrawing support from desperate people’.

But Ms Patel argued the plans were necessary to deal with the ‘terrible trade’ of people-smuggling and to fix the ‘broken’ asylum system. 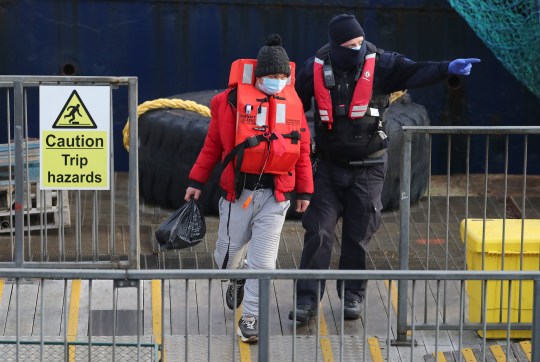 Under the changes, asylum seekers’ claims will be judged on how they entered the UK (Picture: PA)

She put forward three ‘fair but firm objectives’ to support those in ‘genuine need for asylum’, to deter illegal entry into the UK, and to remove more easily those with ‘no right to be here’.

The measures, anticipated to be brought forward as part of a Sovereign Borders Bill after public consultation, will also make it ‘much harder for people to be granted refugee status based on unsubstantiated claims’ and include ‘rigorous age assessments’ to stop adult migrants pretending to be children.

Tougher laws will be introduced to ‘withhold protection and remove dangerous criminals, even when they improperly claim to be victims of modern slavery’, the Home Office said.

Life sentences will be brought in for people smugglers, harsher offences will be imposed on people trying to enter the country illegally and foreign criminals who breach deportation orders and return to the UK could be jailed for up to five years instead of the current six months.

Is The Terror on BBC 2 based on a true story?