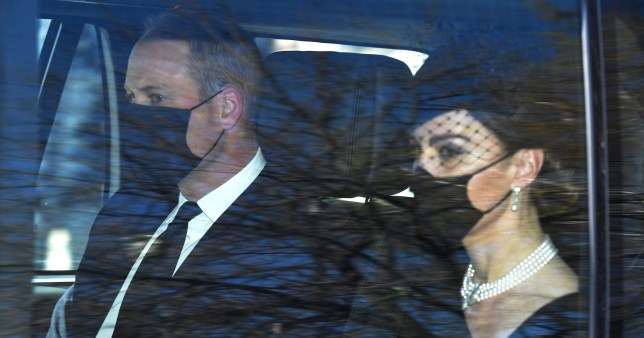 The royal couple were pictured dressed in black wearing face masks as they were driven in at around 1pm on Saturday.

Other members of the Royal Family have also arrived, with Prince Charles pictured as he prepares to say goodbye to his father. His wife Camilla was not in the vehicle with him.

The Duke of Edinburgh will be laid to rest this afternoon after he died ‘peacefully’ aged 99 at Windsor Castle last week.

There will be minute’s silence across the nation at 3pm before the televised ceremony begins.

The event has been massively scaled down, with only 30 people permitted to attend amid the Covid pandemic.

The duke’s coffin – covered with a wreath, his sword, Naval cap and his personal standard, – was moved at 11am from the Queen’s private chapel to the castle’s inner hall by members of the Queen’s Company, 1st Battalion Grenadier Guards. 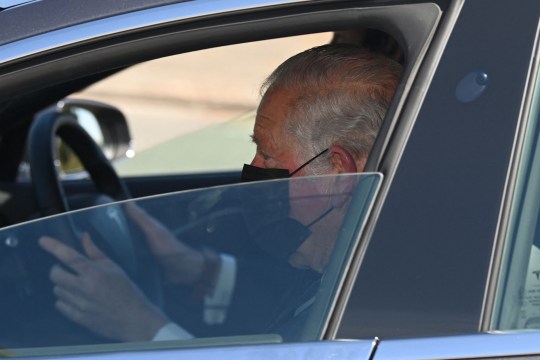 Prince Charles arrives to attend the funeral service of his father (Picture: AFP via Getty Images) 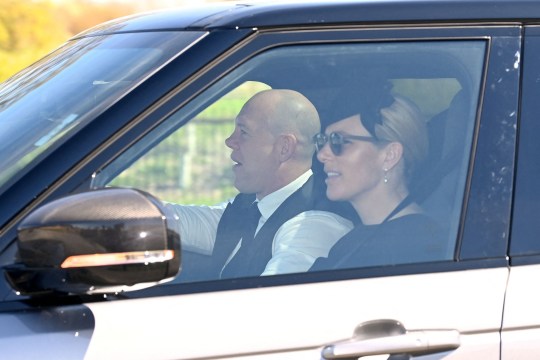 Mike Tindall and Zara Phillips drove in together (Picture: AFP via Getty Images) 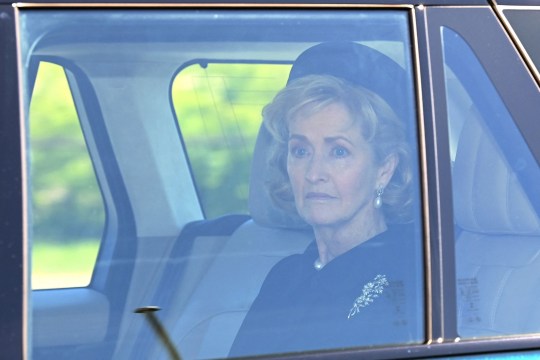 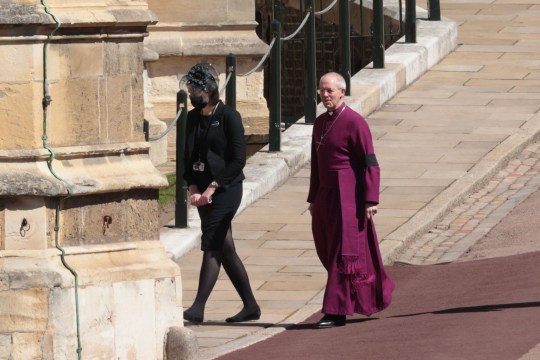 A number of other guests arrived for the ceremony around midday, with a convoy of funeral cars seen entering the main gates as the Queen’s guard looked on.

The Archbishop of Canterbury, who will preside over the funeral alongside the Dean of Windsor, was photographed outside the chapel.

The public has been asked to stay at home to avoid large crowds gathering.

However, hundreds of people gathered in the midday sunshine to watch as the King’s Troop Royal Horse Artillery processed along the Long Walk in Windsor ahead of the funeral.

John Story, the mayor of Windsor and Maidenhead, has warned people must follow the rules against large gatherings, adding that they could be fined if they do not.

A Buckingham Palace spokesperson said this week Her Majesty was forced to ‘make some very difficult decisions’ about the guest list.

The coffin will be carried out onto the Quadrangle and placed onto a modified Land Rover designed by the duke at 2.40pm.

The procession will start five minutes later, with Charles, William and Harry among those walking behind the coffin.

The brothers, who haven’t seen each other in a year amid a rift, will not walk shoulder-to-shoulder and will be separated by one of their cousins.