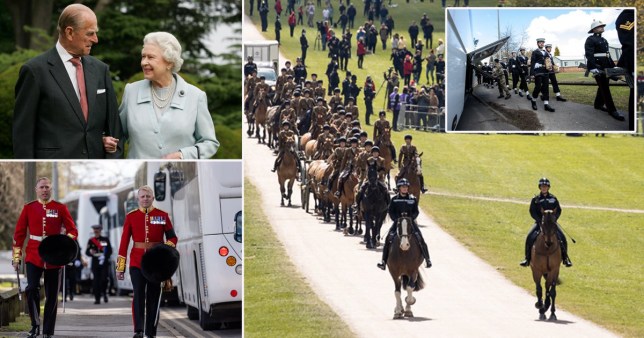 The duke will be praised for his ‘loyalty’ to the Queen and ‘courage, fortitude and faith’ (Picture: MoD)

The Duke of Edinburgh’s ‘unwavering loyalty’ to the Queen and ‘courage, fortitude and faith’ will be hailed at his funeral.

No sermon will be delivered during the ceremonial royal service, in keeping with Philip’s wishes.

His love of the sea and long association with the Navy will be honoured throughout the Order of Service, which has been released by Buckingham Palace ahead of Saturday’s proceedings.

Music chosen by the duke includes the hymn ‘Eternal Father, Strong to Save’ – traditionally associated with seafarers and the maritime armed services.

Written in 1860 by William Whiting, it was inspired by the dangers of the sea described in Psalm 107.

It was also sung at the funeral of Philip’s beloved uncle, Earl Mountbatten of Burma, who was murdered by the IRA in 1979. 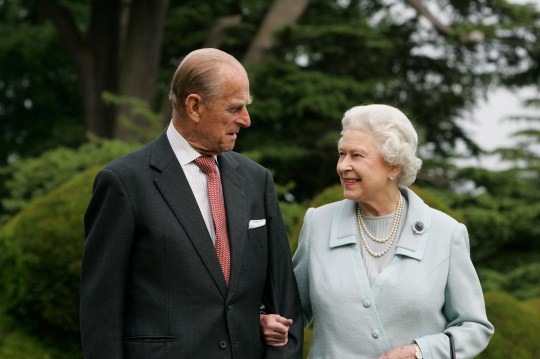 The Dean of Windsor, in the Bidding, will also pay tribute to Philip’s ‘kindness, humour and humanity’.

‘With grateful hearts, we remember the many ways in which his long life has been a blessing to us,’ he will say of Philip, who died aged 99 last Friday.

‘We have been inspired by his unwavering loyalty to our Queen, by his service to the Nation and the Commonwealth, by his courage, fortitude and faith.

‘Our lives have been enriched through the challenges that he has set us, the encouragement that he has given us, his kindness, humour and humanity.”
Other elements of the deeply religious service will include:

No members of the royal family will read lessons or give readings and there is no eulogy.

This is in keeping with the Queen Mother’s funeral in 2002 when the delivery of readings was left to the clergy, and there was no eulogy then either. 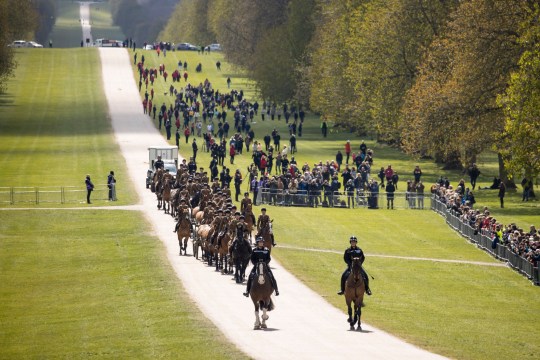 The commanding Officer leads The King’s Troop, Royal Horse Artillery up the long walk and into Windsor Castle during the rehearsals (Picture: MoD)

It is not common for eulogies to take place at royal funerals or for family members to do readings.

A sermon at the Queen Mother’s service was carried out by the Archbishop of Canterbury.

The lack of sermon for the duke perhaps fits in with his desire to get things done in a speedy, efficient manner.

Prince Harry, his grandson, said as he paid tribute earlier in the week: ‘I know that right now he would say to all of us, beer in hand, “Oh do get on with it!”‘.

As final preparations were put in place at Windsor ahead of the proceedings which begin at 3pm with a national minute’s silence, the Earl and Countess of Wessex and their teenage daughter Lady Louise Windsor gathered to view flowers left by the public and national leaders outside the chapel. 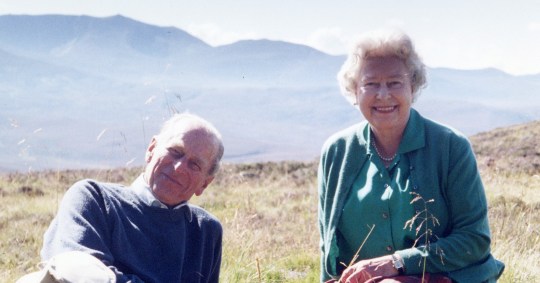 The Queen released a treasured family photo of Philip ahead of the funeral (Picture: PA)

The family appeared touched, with Sophie, while looking over handwritten letters from children, saying ‘how sweet’.

Mr Johnson’s words on behalf of the nation read: ‘In grateful memory of a man to whom the nation owes more than words can say.’

He will watch the service on television and observe the minute’s silence from his country residence Chequers, in Buckinghamshire.

The PM is not attending to allow for as many royal family members as possible to join the congregation – limited to just 30 under Covid-19 rules.

Meanwhile, the duke’s love of carriage-driving will be a poignant feature on the day, with his carriage, which he designed himself, and ponies making an appearance.

The polished dark green four-wheeled carriage, accompanied by two of Philip’s grooms, will stand in the Quadrangle of the castle as the duke’s coffin is carried past in a procession on a Land Rover hearse.

It was Philip’s most recent carriage, which he began using at the age of 91 for riding around Windsor and other royal estates, having had it built eight years ago.
With the carriage will be the duke’s two black Fell ponies – Balmoral Nevis and Notlaw Storm.

The duke’s final send-off will be a royal funeral like no other, with coronavirus restrictions meaning the Queen must sit alone and socially distanced, with all guests wearing face masks and sitting two metres apart from those not in their household.

The songs will be performed by a choir of just three choristers and one soprano, with the congregation forbidden from singing.

Among those attending will be the Prince of Wales and his wife the Duchess of Cornwall, the Queen and Philip’s other children, their grandchildren including the Duke of Cambridge and Harry, three of Philip’s German relatives, three of the Queen’s cousins and Philip’s carriage driving companion Countess Mountbatten of Burma.

William and Harry, whose troubled relationship has been well documented, will not walk side by side in the funeral procession.

They will be separated by their cousin Peter Phillips as they walk in a line behind their grandfather’s coffin.

Heathrow Airport said no planes will land or take off for six minutes to coincide with the minute’s silence.