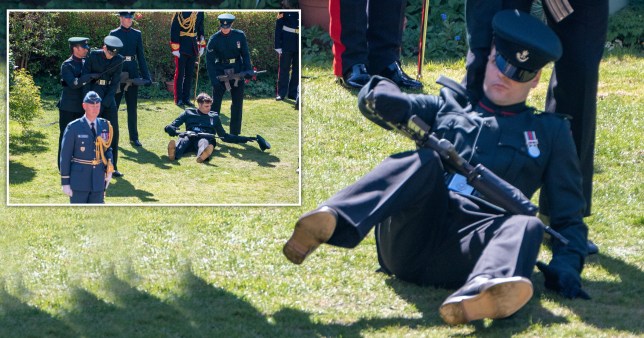 A soldier of the Rifles Regiment fell over during Prince Philip’s funeral procession (Picture: Getty)

A soldier at Prince Philip’s funeral took a tumble while standing with colleagues in the sunshine outside St George’s Chapel.

Photos show the man, wearing a ceremonial uniform, falling backwards to the grass while clutching his rifle.

His cap fell off his head as he momentarily lost composure.

Another soldier can be seen coming to his aid and putting the hat back on.

It is not yet clear what exactly happened to the soldier, thought to be from the Rifles regiment of the British Army.

There was bright sunshine and a temperature approaching 14C as the service began at 3pm.

The soldier appeared dazed and grey as he dropped to the floor while royals entered the chapel in the grounds of Windsor Castle.

To his right, a member of The Rifles held on to another soldier, who was looking down and upright. 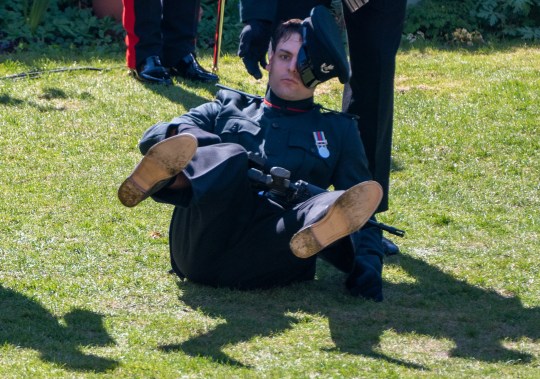 A soldier falls over in the heat during Prince Philip’s funeral (Picture: Getty) 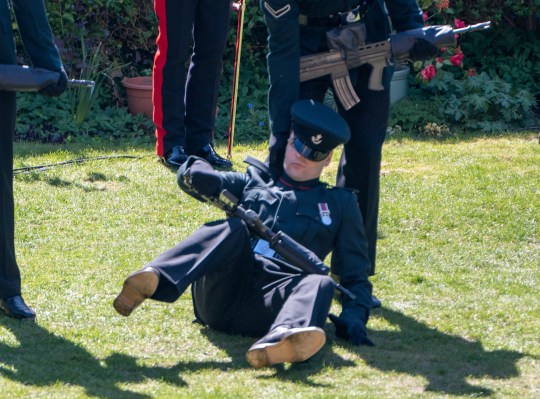 He took a tumble as members of the royal family entered St George’s Chapel (Picture: Getty)

Dozens of soldiers stood to attention as Prince Philip’s coffin arrived for his funeral this afternoon.

Philip’s body was carried to the chapel on a Land Rover that the prince himself had specially designed.

It was followed by members of the Royal Family, including Princes William and Harry, who made their first public appearance together since Harry and Meghan’s bombshell interview with Oprah Winfrey. 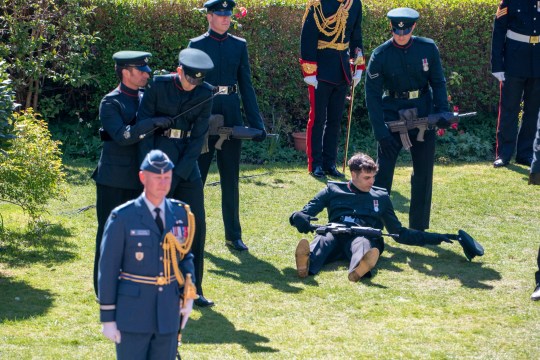 The soldier momentarily lost composure as he fell to the ground and dropped his hat (Picture: Getty) 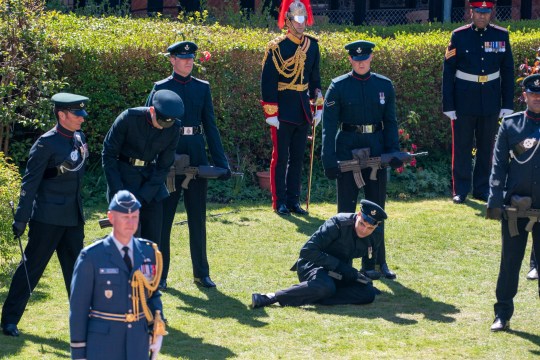 The funeral reflected Philip’s military ties, both as the ceremonial commander of many units and as a veteran of the Royal Navy who served with distinction during World War II.

More than 700 military personnel took part in the commemorative events, including army bands, Royal Marine buglers and an honor guard drawn from across the armed forces.

Lieutenant Gen. Roland Walker, regimental lieutenant colonel of the Grenadier Guards, said his unit was honored to take part because of its close relationship with the prince.

Philip served as regimental colonel of the guards, its honorary leader, for 42 years.

‘This is a privilege,’ he told the BBC.

‘Because my understanding is he planned this, so we’re here because he wanted us to be here, and that, I think, down to the junior guardsmen, is a known fact.’