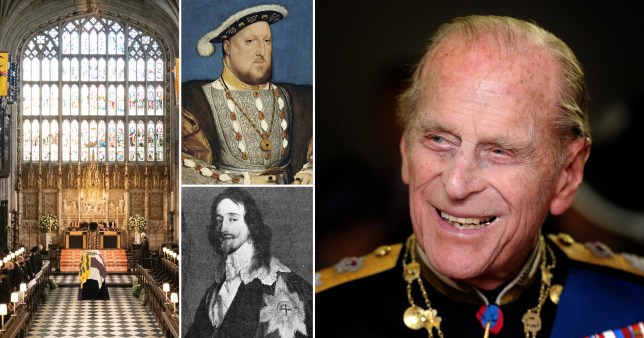 Prince Philip has been laid to rest underneath St George’s Chapel in Windsor Castle, the same burial site as some of Britain’s most famous kings.

The duke’s coffin was lowered into a vault built by George III in 1810 which contains 24 other royals.

The vault houses George III, his two sons George IV and William IV, who went on to reign as monarchs, and his daughter Princess Amelia who died aged just 27.

Another vault contains King Charles I as well as Henry VIII and his third wife Jane Seymour.

Philip’s coffin lay near the altar for the ceremony before being slowly lowered about 15 feet by a mechanical lift and conveyed into the vault.

He will remain there until the Queen dies, when he will be moved to the King George VI Memorial Chapel to rest alongside her.

Recent tradition favoured St George’s Chapel as the final resting place for monarchs, except for Queen Victoria and her husband Prince Albert who were interred at the Royal Burial Ground on Frogmore Estate.

The presence of the Stuart and Tudor kings is something of a historical anomaly, as before George III most monarchs were buried at Westminster Abbey. 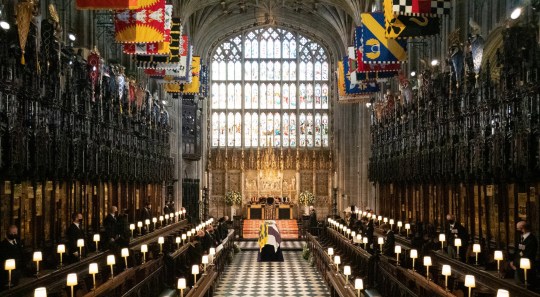 The Duke of Edinburgh’s coffin was lowered from before the chapel altar (Picture: PA)

Charles I was considered lucky to have received a burial at all in light of his execution in 1649 at the hands of Oliver Cromwell’s Parliamentarians, who defeated the Royalists in the English Civil War.

Placing his coffin in Westminster Abbey was seen by the new government as far too great an honour for the ‘treasonous’ king.

They chose choose the hard-to-reach chapel vaults to discourage pilgrims from visiting their ‘martyr’. 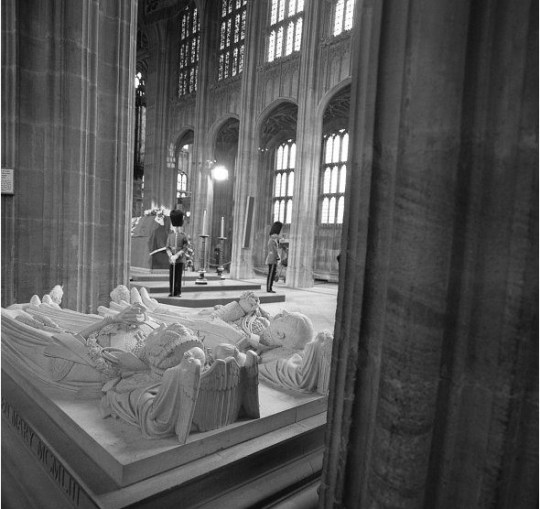 A large number of royals are buried in various locations across the chapel (Picture: PA)

Henry VIII is the only Tudor who was not buried at Westminster Abbey.

His will commanded that he be buried alongside Jane Seymour, who was interred in St George’s Chapel.

The resting place was only meant to be temporary while a special tomb was built, but it was never completed.