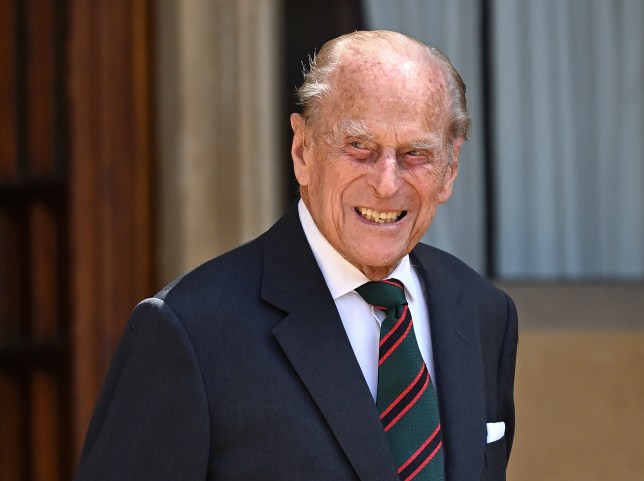 Prince Philip’s funeral takes place on Saturday when the nation will pay its respects to the Queen’s late husband.

The Duke of Edinburgh died on Friday, April 9 at the age of 99 and the UK has been in a period of national mourning ever since.

Due to coronavirus measure only 30 people will be able to attend the service on Saturday, at St George’s Chapel on the grounds of Windsor Castle.

Prince Harry has already made the trip over from the US without wife Meghan Markle to attend his grandfather’s funeral.

Harry will be staying at Frogmore Cottage until the day of the funeral.

Millions of people around the world will be tuning in to follow the coverage of the funeral with all eyes on the beautifully decorated coffin and the royal family.

Prince Philip chose not to have a state funeral because ‘he didn’t want a fuss’ and here’s what to expect on the day of the funeral.

Why are royal coffins lined with lead?

Prince Philip will be laid to rest in a lead-lined English oak coffin, which was made for him more than 30 years ago.

The idea behind a lead-lined coffin as a royal tradition is to help preserve the body longer. 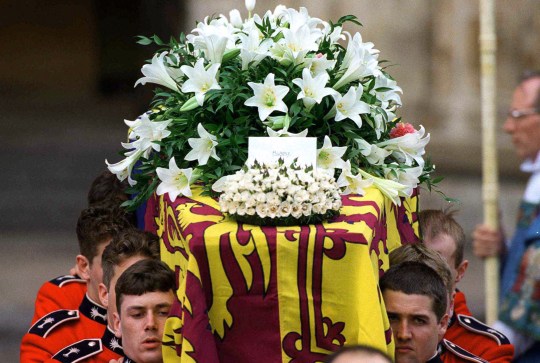 The coffin of Princess Diana, Princess of Wales, was lined with lead (Picture: nwar Hussein/WireImage)

The body can be preserved for up to a year if the coffin is made from lead which makes it airtight, stopping any moisture from getting in.

Princess Diana’s coffin bore a weight of a quarter-tonne because it was lined with lead.

The pre-made lead-lined English oak coffin was designed along with a matching casket for the Queen.