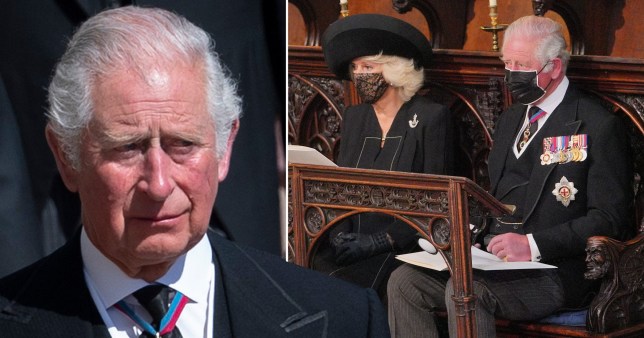 A tear rolled down Prince Charle’s cheek during his father’s funeral this afternoon (Picture: AFP/Getty)

A tear rolled down Prince Charles’ cheek during his father’s funeral this afternoon.

The Prince of Wales, 72, was ‘overcome by grief’ as he walked behind the Duke of Edinburgh’s coffin during the procession.

He had tears in his eyes as he and other senior members of the royal family followed a Land Rover hearse carrying Prince Philip’s coffin to St George’s Chapel.

Behind them were members of Philip’s household, and in front of the coffin were the Services chiefs.

In St George’s Chapel, Charles appeared emotional as he put on a black face mask before taking a seat next to his wife Camilla, Duchess of Cornwall.

They were sat directly opposite the Queen, who was forced to mourn alone due to Covid restrictions.

The funeral began at 3pm with a national minute’s silence. 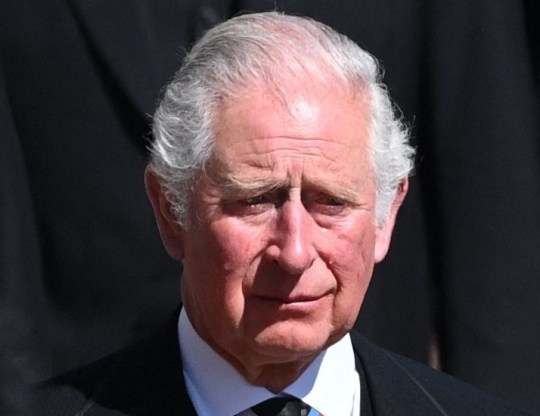 Prince Charles shed a tear as he followed the coffin during the ceremonial funeral procession (Picture: AFP) 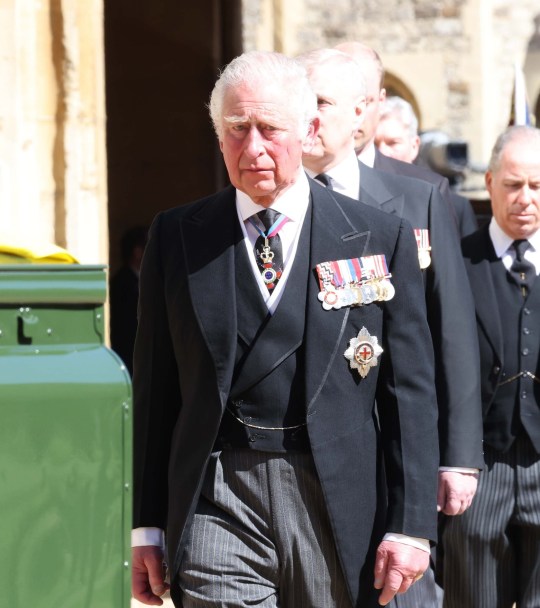 The Prince of Wales led senior members of the royal family as they walked behind the hearse carrying Philp’s coffin (Picture: Getty)

The scaled-down event was led by the Dean of Windsor, alongside the Archbishop of Canterbury, with just 30 guests which is the maximum allowed under lockdown restrictions.

Charles, who earlier in the week paid tribute to his ‘dear papa’, appeared tearful and reached for his handkerchief as he left the chapel.

She told the Express: ‘After a lifetime spent masking his emotions in public Prince Charles appeared overcome by grief and his tears appeared to flow throughout the service.

‘Camilla was seen using the same comforting hand-pat that she often used to use in the early days after their relationship went public, showing the same supportive and almost maternal traits that seemed to bind them as a couple before their marriage.’ 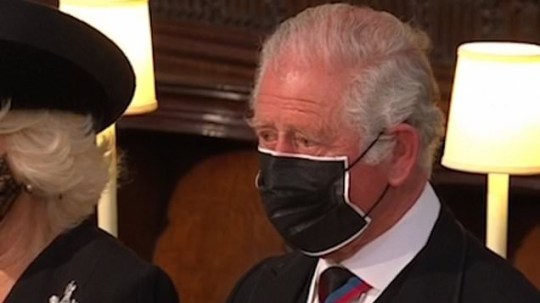 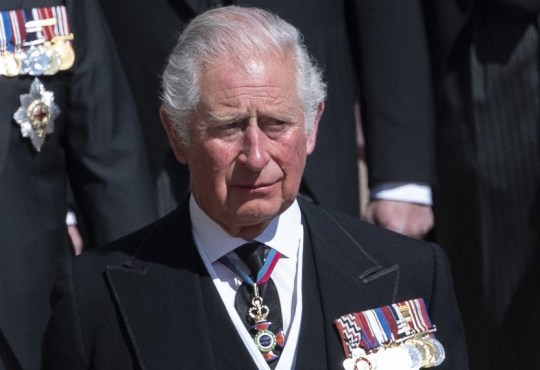 The Prince of Wales blinked back tears as he walked behind the Duke of Edinburgh’s coffin during the procession (Picture: Getty)

Many of the royal family members hid their emotions behind the face coverings they had to wear inside the chapel.

Members appeared mostly reserved at the service, but showed glimpses of affection and emotion during the course of the day.

The Countess of Wessex had her arms around her children, Lady Louise Windsor and James, Viscount Severn.

Sophie is being described as a great source of comfort to the Queen, who has been visiting the Queen at Windsor in the days following Philip’s death. 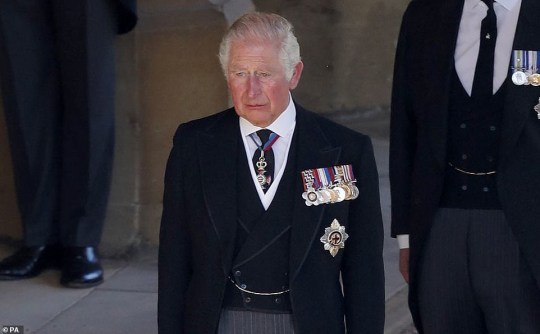 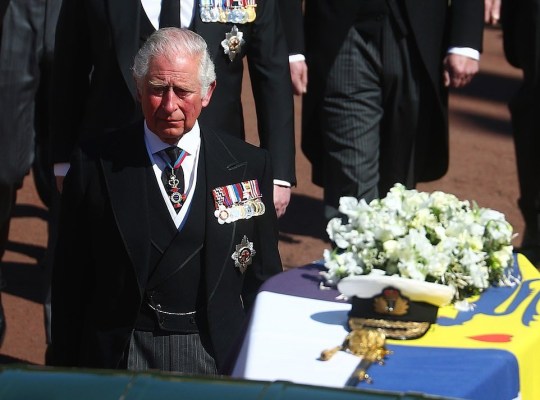 He was ‘overcome with grief’ during the funeral, according to a body language expert (Picture: Getty) 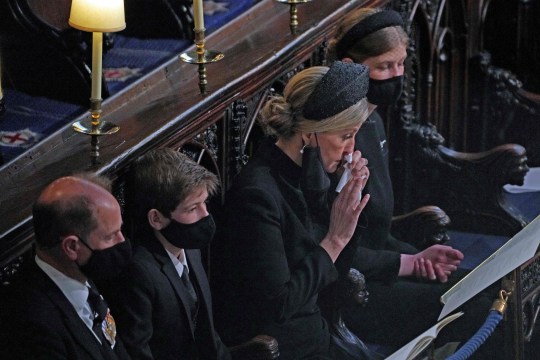 Sophie, The Countess of Wessex, was also overcome by emotion during the service (Picture: AFP)

She was pictured in the service with her face mask pulled down around her chin and looked to be wiping her nose with a tissue.

Other members of the royal family standing at the Galilee Porch included the Duchess of Cornwall, the Duchess of Cambridge, Princesses Beatrice and Eugenie and their cousin Zara Tindall.

Standing in a row, they painted a solemn picture as they watched the coffin go by, some with their heads bowed.

In an emotional statement last week, Prince Charles said he misses his father enormously and that Prince Philip would be ‘so deeply touched’ by the outpouring of grief across the nation since his death aged 99 on Friday.

He said: ‘My dear Papa was a very special person who I think above all else would have been amazed by the reaction and the touching things that have been said about him and from that point of view we are, my family, deeply grateful for all that.